He was in the Ivy League for med school. His dad was an MD, and they lived not too far from this small town. Daddy’s house, a “mini-mansion,” was right around the corner.

After successfully completing his residency, Dr. David became our ER physician. This was a big deal—a big fish in a little pond.
He had an aura of wealth about him. He had an arrogance about him, too.

He was new to our hospital but would definitely be the top dog. Anything he told me to do, I knew I had to comply.

I loved ER nursing. I was still an LPN working actively on my RN.

We LPNs know our place. We know our hierarchy. And I knew my place. I was there to serve, honor, and obey.

I couldn’t wait to be an RN. Because, as an LPN, we were so limited. And I wanted so much more.

It was a Saturday. Around 02:30. A young man came stumbling into the ER. He was obviously intoxicated.

We sat him down on a stretcher. He had that disheveled look — dehydration.

Dr. David ordered labs STAT. The phlebotomist came in and drew the blood.

The patient had an unmistakable look of electrolyte imbalance:

And just as Dr. David predicted, this patient had dangerously low potassium. K+ was less than 2.6.

Dr. David knew I was an LPN. But it was just him and me in this 6-bed ER. So whatever I legally couldn’t do, he would have to do it.

He drew up some potassium from a vial. I assumed he was going to mix this in a mini bag.

I was certified to start IVs. And so I did. LPNs were never allowed to give any medication IV push, though.

Dr. David never put the KCL in a mini bag. He had the KCL in a syringe and ordered me to give the potassium IVP.

He said I could do it as long as he watched me.

In front of the patient, I told Dr. David that we could not give this patient KCL IVP (potassium chloride IV push). And he said then he would do it himself.

I became frantic. And in a firm voice, I told Dr. David, “You can not give a patient KCL IVP. You will kill this patient .”Dr. David got the syringe and put it into the IV port. He was getting ready to inject into this patient. I immediately squeezed the tubing in half. So the KCL couldn’t go through. And I repeated myself, “You cannot give the patient KCL IVP. It will stop the patient’s heart. You will kill the patient.”

Dr. David stopped. He stared at me with his glaring eyes. And said, “Fine, have him admitted to the medical floor. Let those doctors deal with this patient.”

I learned a valuable lesson that night.

Whatever hierarchy ladder we stand on in health care, we all have a responsibility to our fellow health care family and, most importantly, an obligation to our patients.

I know I was a low rung on the ladder. But had I not spoken up and bent that IV tubing, that patient would have likely died.
Dr. David was angry that I defied his authority.

Arrogance can sometimes be quite dangerous.

In 2022, the NC Supreme Court ruled that nurses can be held liable for medical errors or mistakes — even if they were carrying out the doctor’s orders. 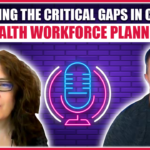