A high school objective: take in young, immature students, work on them in various ways for four years and send them out educated, confident and purposeful. At least that’s the way it’s supposed to be. Perhaps that’s the way it used to be. But things are different now.

On editorial pages and talk show stages, school systems are routinely blasted by an indignant public. Fingers are pointed. Blame is placed. Why are there so many failures, so many apathetic, irresponsible teenagers?

Parents search for reasons. Concern for their child’s uncertain future increases their hostility toward teachers. Teachers resent the scrutiny yet don’t understand why so many kids flunk despite their best efforts. And quite often, teens can’t figure out their own motivation, yet try to act blasé.

For several years, low self-esteem has been offered as an acceptable explanation for everything from failure in school to murder. Experts have suggested the solution is to find ways to improve the self-esteem of teenagers.

As a former high school guidance counselor, I have known many parents who believe this theory is true. It makes sense to them. Perhaps the negative comments and failing grades make their child feel worthless. How can they learn when they give up on themselves?

So parents attempt to give their child self-esteem. And that’s where even more confusion begins. Because self-esteem simply cannot be bestowed upon a teenager by well-meaning adults.

Building a false sense of self-esteem is like using warped wood for a house. In an attempt to boost self-esteem, some teenagers are repeatedly told how smart and special and talented they are. The praise continues whether the teen performs well or not. They are told they can be anything they want to be. The second part of the phrase, “… if you work very hard,” is often disregarded. After all, if they are already so terrific without working hard, why add unnecessary pressure?

Yet parents continue to offer rewards such as new phones, computers, and more, hoping this will motivate them to change. What it does, however, is only to confirm to the student that their current behavior is acceptable.

Teenagers readily admit that self-esteem is a side issue. It’s simple laziness that causes their poor grades.

Laziness. Who isn’t lazy at one time or another? But is “lazy” a description of a temporary state of being, like happy or sleepy? Or does it imply permanence, like short or tall? People who describe themselves in such definitive terms are likely to remain that way.

Teenagers will continually test limits. They are content in their lethargy and do not automatically accept the typical rationale for hard work — the possibility of some future reward. They may put an extraordinary effort into trying to get out of something to avoid the sweat of activity and the stress of deadlines.

Students use their own brand of logic when it comes to completing assignments. If they don’t like the teacher’s personality, that is justification enough for not doing the work. If the assignment is too hard, too long or boring, they believe they shouldn’t have to do it. When it’s suggested that this attitude will only create more failure, they agree change is necessary but rarely implement any changes.

Can laziness be turned around? Of course. It starts by exercising self-control. Self-discipline always comes first. Simply put, the student finally gets the message to just grit their teeth and do it. Whatever it is that has to get done — not to perfection, just to completion.

Positive feelings are achieved only after a challenging situation is handled successfully. It is the end product, the result of hard work. Self-respect follows.

When students succeed, they will feel good about themselves. When they do not succeed, they will not feel good, no matter how much someone else might wish them to. A parent’s intervention by trying to make things easier will simply prolong the process, not hasten it.

As every adult knows, only with consistent diligence and perseverance will a person ever have the option of being anything they want to be. Therefore, the adults who work with teens need to remain strong, tough, and clear in their accountability expectations. And they need to guard against being worn down by frequent complaining, repetitive requests, and feeble excuses.

But it’s an ongoing process. Self-esteem is sometimes elusive, sometimes strong, changing with a person’s mindset at each stage of a new challenge. In high school, as in the real world, events can happen in an instant to strip away self-confidence and cause feelings of ugliness, stupidity and inferiority. But if there is a solid base, a sense of balance soon returns once the teen is reminded of previous successes and accomplishments.

Parents share the same goal as their teens — to get through four years of high school relatively unscathed and come out prepared to compete in the world. They can make the process easier by heeding the bottom line: Students don’t need high self-esteem to do their work. But doing their work well will bring about self-esteem. The real kind — the kind that will get them through whatever challenges life might present.

This lesson comes from 40 years of working with teenagers. This is what I taught them; this is what I learned from them.

Harriet Levy is a guidance counselor. 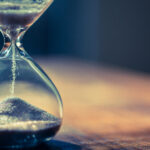 How to motivate a “lazy” teen
1 comments