I am a resident. I am a runner. I am also a rather tired human since, as I type these words, I’m both post-call and post-run. However, this post-call/run state of body and mind is one I have learned to love and embrace during this residency whirlwind.

I’m not myself unless I’m wearing scrubs or running clothes. In fact, I almost wore running shoes with my wedding dress a few months ago. In the hospital, I’m “that resident who runs;” at races, I’m “that runner who works strange hours and rarely sleeps.” For me, lines blur between life as a resident and life as a runner because the two are so intertwined.

During medical school, I joined an all-women’s racing team. With my teammates, I learned the “power of the pack”: working together to achieve goals we could not accomplish alone. During my first season, our “pack” trained together with the goal of running a marathon together, in sync, to qualify for the Olympic Trials. Shattering our personal bests, six of us achieved a dream we could never have accomplished alone.

The “power of the pack” is also found in residency. Medicine is not a solo journey; it is a true team effort. As residents, we lean on one another for medical knowledge and emotional support, cover shifts when co-residents are sick, take admissions when teams are swamped, and stay late for additional clinic patients. We work together not only to support one other, but to accomplish the ultimate goal of improving our patients’ health.

Running demands discipline, sacrifice, and early morning start times. Training consists of running 2,000 m repeats around the track until legs are wobbling, and waking up at other people’s bedtimes to squeeze in pre-work runs. Running teaches flexibility, humility, and gratitude. You learn your body’s limits during beautiful, but grueling outdoor runs. You also learn that those limits change when readjusting after injury.

Residency also demands discipline, sacrifice, and early morning start times. Training consists of working twenty-four-hour shifts until exhausted, and waking up before sunrise to pre-round on patients. Residency teaches flexibility, humility, and gratitude, learning daily from our patients and treatment teams, and becoming humbly grateful that we can help children in such a meaningful way.

As a runner, my bigger racing goals are currently on hold. After residency, there will be time to train faster and harder. For now, I’m satisfied with my daily headlamp runs at odd hours of the morning. When fellow runners ask what my next “goal race” is, I say that I am training … for residency.

As a resident, my training goals are not on hold at all; they are front and center. I am training as best I can, not on the track or trails, but in the wards and ICU to become a knowledgeable, caring, and well-rounded physician, with the ultimate goal of doing best by my patients.

Michelle Meyer is a pediatric resident. 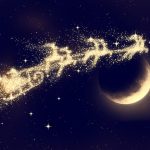 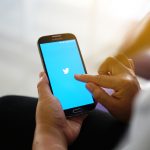