It’s not that I hate football; truly I don’t. I try hard to get into it. I scan the sports page to become familiar with names, rivalries, predictions, and opinions. I tune in to Sports Extra on Sunday nights for the weekend analysis and wrap-up. I watch the introduction to televised games for the opening excitement and colorful background of the teams. I’ve enjoyed a few episodes of Hard Knocks.

Why do I give football so much attention? Because I live in Miami, a city that goes crazy for its teams. The details I manage to pick up are useful in both personal and professional interactions. Whether at a cocktail party or over coffee at Starbucks, football is an easy topic for conversation. Respect and tacit approval are awarded to those women who can comment intelligently on plays and players. To avoid football during the fall season is to be a social outsider.

I supported my school team as a former guidance counselor in a large high school. On game days, I proudly wore my “go team” tag, and on pep rally days, you would always find me in school colors. Though I was rarely in the stadium on Friday nights, the first thing I looked for in Saturday’s paper was the high school scoreboard. On Mondays, I congratulated or offered sympathy to the coach. Even if he lost, he smiled confidently. “We’ll get the job done next week,” he would say. “We’ll regroup and get focused.”

Sports metaphors are universal. I used them often. “Just do it,” “Get the job done,” “Tackle the problem,” and “Give it 110 percent.” Students who couldn’t get to school on time or who didn’t finish their homework understood what I was saying.

Football enabled me to forge a bond with some students. Were you at that game? Really? Me too. We could share an event that would not be possible in any other circumstance.

Football is everywhere. At a professional meeting several years ago, the keynote speaker began by saying he had learned sign language. He then proceeded to spell out “CANES” using his arms and legs as does Sebastian, the University of Miami mascot. It got a big laugh. Everyone understood. UM had just scored an important victory over Florida State University, their arch-rival. The next speaker continued the motif by opening with FSU’s tomahawk chop. When the third speaker got up to the podium (the third man), the audience (about 75 percent women) looked at him suspiciously. Enough already.

Way back in the ’90s, my husband Allan convinced me we could enjoy wonderful Saturday afternoons by getting season tickets for the University of Miami games. Since he was an ardent fan, I agreed, determined to display some enthusiasm.

So we wore our orange and green T-shirts and trudged on over to the now-demolished Orange Bowl. I carried my stylish Sony headset and compact Nikon binoculars and intended to follow the game closely. Which I did – at least through the first quarter. Then, something happened. Inexplicably, a mind-numbing weariness set in. Commentary from the radio became gibberish. My eyes focused on the cheerleaders rather than the quarterback. I’d become restless, fidgety, and cramped. I prayed for more runs than passes so the clock would tick faster. I silently cheered when the last time-out was used. I cursed if the game was televised. (Frequent commercials further slowed down the action.)

We spent our last season as ticket holders with a winning compromise.   In games that were one-sided, Allan would agree to leave at half time, and we’d drive to a local sports bar where I could enjoy the rest of the game on a big screen with a chilled chardonnay.

Last season, a friend offered two tickets to a Dolphins game, including a pre-game tailgate party. I sweetly suggested Allan take a guy friend but he said no, he’d just turn down the invitation if I didn’t want to go. OK, I said. We’ll go. Social relationships are built around football, I reminded myself. This is part of the fall social scene. How bad could it be? Hard Rock Stadium is very comfortable (on the shady side, of course), the October heat is not quite as intense as September’s, and pro games, unlike college, are generally over in three hours.    I didn’t know that our friends planned to pick us up at 10 a.m.

It actually turned out to be quite a lovely day. A rather elaborate tailgate party, I was surprised at the efficiency and organization as tables, supplies, and gas grills were set up. We munched on steamed shrimp, grilled lobster tails, and a garlicky fusilli-mushroom salad. A blues band added some lively atmosphere to the parking lot, and to my relief, port-o-pottys were plentiful.

We were blessed with a steady breeze and comfy seats during the game. I didn’t even mind the overtime – though my attention did wander from time to time. Well, frequently, actually.

When I watched the highlights later that evening I turned to Allan. “Did we see that? It looks so different.” I still prefer TV. Actually I prefer just the highlights.

But I’ll keep trying. Perhaps one day I will enjoy an entire game. I continually reminded my students that anything is possible with the right attitude. If I just regroup, give it 110 percent and stay focused, I’ll get the job done.

Harriet Levy is a guidance counselor. 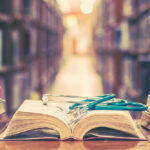 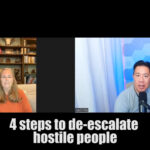