In the wake of George Floyd’s death and the rush of similar stories from around the country, many have called to “defund the police.” While critics paint this as a reactionary response to high-profile incidents, the phrase deserves deeper consideration than that. The killings of George Floyd, Ahmaud Arbery, Breonna Taylor, and countless others are not isolated incidents. They are symptoms of a systemic flaw in our criminal justice system. Rather than a radical cry to abolish the police force, the defund movement seeks to review the role of law enforcement in our society. It asks us to look at what we ask our police to do, compared to what the purpose of the police should be.

Police exist to investigate crimes and keep our communities safe. Yet we ask them to respond to mental health crises, homelessness, and countless other social issues they are not equipped to handle. Municipal budgets for police increase dramatically while spending on other agencies that can respond to these issues stagnate. Police are increasingly asked to pick up the slack for these deficits. For example, police are more likely to respond to someone experiencing a mental health crisis than medical personnel. And yet, someone with a mental illness is sixteen times more likely to die in an encounter with police than the average person. While crisis intervention training seeks to address this, it is an imperfect solution to train police for something they were never intended for. Cases like that of Charles Kinsey and Wallace Wilder highlight the consequences of such undertrained police. Given this trend, it is worth taking a closer look at these issues.

In the 60s and 70s, the “deinstitutionalization” movement closed many mental health institutions and brought patients back into the community. While the goal was noble, the consequences have been anything but. Moving patients out of institutions and back into the streets only works if the necessary resources are in place. If not, a worse, far less appropriate, institution will take its place. This is exactly what happened: while the prevalence of serious mental illness in the United States is estimated to be 4.5%, it is estimated to be 15% in state prison populations and 20% in jail.

It took me only two weeks of clerkship before I learned that prison is an abysmal place for health care. It is even worse for mental health care. Heartbreaking stories like that of Andrew Holland, Kimberly Stringer, and Michael Tyree highlight a glaring truth: jail and prison are no place for people suffering a mental health crisis. Individuals with severe mental illness are likely to have longer stays, experience more solitary confinement, and are far more likely to attempt suicide than other inmates. Stories and statistics like these have a chilling effect: patients and loved ones are discouraged from seeking help when faced with a mental health crisis, a fear that can have serious consequences. We are failing our patients with mental illness by expecting the current resources available to them to be sufficient.

The aim of the defund movement isn’t to eliminate the police. It seeks to reallocate funding for issues like mental illness away from police departments and towards community resources with experts capable of responding to such situations. Instead of taking people to jail, response teams like CAHOOTS in Eugene, Oregon are equipped with a medic and a mental health professional to assess, inform, and refer individuals in a crisis. Such a system avoids the necessity of encountering law enforcement, circumventing the potential for escalation and incarceration. It connects patients with care and support that can truly help them.

Mental health crises are not the only thing we ask police to respond to. Law enforcement is frequently asked to address homelessness. Like mental illness, homelessness is best addressed with health care and other resources, not jail time. While estimations vary, one study shows that 85% of people experiencing homelessness have a chronic health condition. In many cases, the illness is a major factor in their homelessness. Criminalization is not health care, yet that is the response we have chosen. Police are also the sole resource for many experiencing domestic violence, stalking, and other gender-based offenses. Unfortunately, victims of such crimes are often afraid to contact the police. Reasons include fear of escalation, fear of getting arrested, and a belief that the police can’t do anything if a crime hasn’t been committed. Police have a definite role to play in arresting offenders. However, specialized community resources could better respond to domestic events in a non-escalatory manner; and be better equipped to connect victims to resources that can help them.

These varied issues often intersect. The study mentioned above found that 50% of individuals who are homeless have a mental illness, and other data finds that 92% of women who are homeless have experienced violence in their lifetime. These complex societal issues require a more nuanced response than police departments can provide on their own. CAHOOTS has inspired many other programs, such as Denver’s DASHR, Portland Street Response, and Oakland’s MACRO. These organizations aim to respond to the underlying issue, rather than criminalizing it and contributing to the societal factors that perpetuate it. Police departments are not barred from the table: Dallas’s RIGHT Care is a partnership between fire department paramedics, hospital social workers, and the police.

One may read this article and believe I am arguing against police. I am not. I am arguing against the system that has given them responsibilities they were never meant or prepared to have. If you asked a radiologist to remove an appendix, the outcome would be poor. A surgeon should not administer psychotherapy. It is not the fault of law enforcement that they are underprepared to respond to the social issues we ask them to address. However, it is clear their inadequate response puts the most vulnerable of our patients at significant risk of harm. This harm is no longer an urgency; it is an emergency. We owe it to our patients, and our communities, to respond emergently. We must advocate for change that will work and endure, for the health and safety of everyone. Redirecting funds to community resources that can treat, and not punish, people for their conditions is a necessary first step in addressing this crisis.

Justin Coley is a medical student. 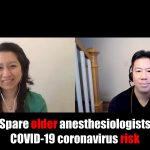