Daily headlines in newspapers and on websites across the nation and around the Internet seem to inspire and anger, and it’s only natural that politics is a topic on everyone’s mind. We’re all concerned about the economy. We’re all eager to see our political leaders solve the problem of unemployment. We all have an opinion about the Patient Protection and Affordable Health Care Act and who we think can best handle the role of president of the United States.  However, we should also carefully consider when (or even if) it’s appropriate to discuss our views within the workplace.

Sometimes, it’s acceptable to get involved

While sex, money, religion, and politics all fall under the category of traditionally controversial topics, and you’d likely never discuss the first three with patients or coworkers unless you had a personal relationship, it is occasionally acceptable to get involved with politics at the office. Consider these scenarios:

Scenario 1: If you happen to work in a company where everyone is a Democrat (or everyone is a Republican), then you share the same fundamental political views with your coworkers. You may decide to band together and volunteer, hold a fundraiser, or otherwise support your candidate of choice. Of course, you should conduct any political activities off the clock.

Scenario 2: It’s possible a patient may bring up politics during an exam or treatment. If you share the same views, it’s acceptable to discuss — provided the discussion is not interfering with the performance of your duties.

Other times, you may have to overcome

Freedom of speech is the glorious right of all Americans, and as such, it’s tough to enforce limits on what may or may not be discussed in the workplace. It’s also quite likely that not everyone in your office shares the same political views. While some people are quietly passionate about the political process, others are quite vocal. If you do not agree with their opinions, it’s time to overcome. Consider these scenarios:

Scenario 3: Your boss is a Democrat while you lean Republican. He regularly forwards political emails in support of the president. You’d like to argue the point with him, but you also understand that doing so will take time away from the performance of your duties and potentially negatively impact the employer/employee relationship. You delete the offending emails and say nothing.

Scenario 4: A patient brings up the topic of the next election and expresses his support of Trump. You do not. Rather than create friction on the topic, you restrict yourself to a non-partisan comment such as “No matter who wins, I hope he will be able to help move our country forward.” Then change the subject.

Unless your workplace has set rules against the discussion of politics on the job, a coworker is going to express his or her opinion on an upcoming election and its issues at some point. If you’re uncomfortable with this, fear the discussion will degenerate into an argument, or (rightly) prefer to keep your attention on your work and tasks at hand, remember scenario four – make a non-partisan comment and then change the subject. You can also smile, nod and walk away.  If they don’t get the hint, simply state that you’re not comfortable discussing politics at the office or prefer to keep your political views private.

Whether you find yourself getting involved, overcoming differences or practicing avoidance of political topics at the office, take comfort in the fact that the next election will be over before you know it. Then — no matter who wins — we can all get back to business as usual. 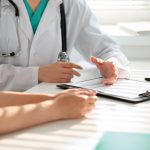 How to deal with politics in the workplace
1 comments