I didn’t know her name until it was over, much too late. What I knew was she was thirteen and that on this winter day, someone in her family had been pulling her behind their car on a sled. No doubt laughing and looking in the rear-view mirror, the person driving had whipsawed around a corner, and the young girl — probably screaming (fear? delight?) — held onto the sled as it careened off the road and into the side of a concrete culvert. The girl took the blow in the middle of her right side. Reportedly, as they helped her up, crying, she fainted. The family member did what a family member who’d pull someone behind a car on a sled would do: took her home and laid her on the couch. About forty-five minutes after that, when she was unarousable, 911 was called. Half an hour later, she arrived in the ER in full cardiac arrest, which was also how the medics had found her.

There was still electrical activity in her heart. Her pupils were dilated, and we couldn’t measure any blood pressure. But she was thirteen. Several IVs were started, massive fluids infused, and she started to produce a pulse. Her belly was greatly swollen. We got her to the OR before the O-negative blood arrived (it can be given fairly safely to anyone, regardless of blood type) and continued the resuscitation until it seemed possible to anesthetize her and cut her open.

Blood had filled her abdomen. I scooped it out, mopped it out, and suctioned it out. Her liver looked as if someone had inserted an M-80 firecracker into it and lit it off. As soon as I’d gotten in — you can slash inside pretty rapidly when you need to, making a nick in the upper abdomen, inserting a couple of fingers, lifting up hard, sticking the scalpel between the fingers, and zipping straight south in one motion — I’d put a clamp across her abdominal aorta, just below the diaphragm, to limit the amount of blood that could enter and leak out; plus, it helps maintain blood pressure to the head and heart. I stuffed a few packs into the crater of her liver and pressed on them. Had I gotten to the point of trying to repair the damage, it would have been hard as hell.

Instead, my aim was just to control bleeding enough to give the assembled group of nurses and anesthesia folk time to catch up on her fluid needs, push in pint after pint of blood, try to get her stable enough to see what would happen. Clamp on the aorta: done. Pack the liver: done. Pringle maneuver: Did it. We observed a sustained blood pressure for a while, so I prepared to see what I could do about the wreckage. Then her EKG complexes started to widen. Eventually, they became slower and slower, flattening out, and resistant to all the drugs that were tried. I took turns with the assistant compressing her chest. And finally, when it was beyond obvious, we stopped. In-field CPR for half an hour before arrival, plus who knows how long in arrest before the medics arrived: too little, too late.

The OR is silent when you close an abdomen after a failed rescue. No beeps from monitors, no sighs of the ventilator, no small talk. You use a large suture on a giant needle, taking big bites of tissue, and making it quick. On a thirteen-year-old, with a baby’s beautiful skin, healthy tissues giving more resistance to the needle than usual, perfect organs disappearing from view, you are sewing through tears. You feel the loss as if it were your own.

I went alone to the family area. I’ve done that walk a few times: If the earth were to open up and swallow me at that point, it’d be OK with me. The mom was there, maybe a few others. Seeing the look on my face, she stepped toward me, hand in a fist, pressed against her mouth.

Without a pause, the mom began beating me on the chest with both fists, hard, yelling and moaning, crying, “What do you mean you couldn’t save her? Why? Why? How could you not?”

“I’m so sorry,” I said, again, finding none but the predictable words. “We tried everything, but there was too much damage.”

Letting her beat away without raising my hands, forcing back the obvious statement: had she been brought in immediately, we’d have had a chance. “Oh my God. How could you not save her? Oh my God, oh my God, oh Amy, oh Amy.”

So that was her name. Amy.

A pervasive culture of time constraints in health care 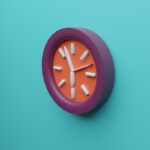 How doctors can regain control of their software 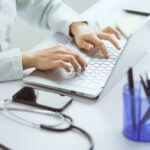