I spent a year as a UCSF postdoc with the leaked tobacco documents. And this article is taken directly from the tobacco-control playbook. In the tobacco wars, we learned that: when a disease is caused by a for-profit industry, the only successful approach is regulation first, followed by treatment.

Here is exactly how and why doctors should regulate EHR and regain control of their cognitive environment.

In the U.S., the profession has been balkanized from without. They face an excess of administrators without clinical insights. And a mass influx of international clinicians who are disempowered to resist creates a brain drain from developing nations. And more importantly, it’s been balkanized from within by infighting and private interests. Trainees and older clinicians are paying the highest price.

The main barrier to physicians’ efforts to organize is that they typically organize on behalf of legal third parties — their patients. Organizing to regulate EHRs offers a clear gain. There is a direct financial case for for-profit entities causing damages to doctors themselves.

A national organization that successfully regulates EHR will be taken seriously for a political action on behalf of patients.

2. Refine the financial case. In order for a class action to be successful, the direct costs to individual doctors from poorly designed EHRs must be clear.

Lawyers study successful class actions like the 1998 46-state Master Settlement Agreement against seven major tobacco companies or the 2019 23-state opioid settlement against Purdue pharmacy. These cases were successful because they formed strength in numbers, had a clear target, established economic damages, and attracted top litigation firms.

It is not hard to make a case against EHR software. Cognitive repetitive strain injury (RSI) is a novel concept, but there is research emerging that it could be directly tied to decreased motor performance, threat-monitoring depression, and decision fatigue. Clinicians could also just use the physical RSI research regarding the musculoskeletal damages of roughly 4,000 clicks per shift. But it’s probably simplest to use the hundreds of studies documenting the increased six hours per shift they work on repetitive data entry.

There is simply no excuse for the interfaces clinicians are being forced to use. EHR companies began with a 20 percent profit margin. Airlines operate at 13 percent, while hospitals operate at 8 percent.

It’s not even expensive for EHR companies to fix the problem. Google is well-known for performing A/B usability testing on the millions of users who use their software. Their results on the ideal button size, items per page, and readable text sizes are publically available on the open-source site materialdesign.io. To quote: “Material Components are interactive building blocks for creating a user interface, and include a built-in states system to communicate focus, selection, activation, error, hover, press, drag and disabled states.”

Poorly designed clinical interfaces have already been robustly associated with errors, bugs, attention diffraction and increased time. And there is a legal precedent for suing developers for bugs that cause patient harm. But currently, it’s individual doctors that are paying the costs directly out of their time, salary, and health.

Most doctors throw themselves and their families on the institutional pyre to protect their patients from systematic chaos daily. They are working in an unsafe cognitive construction zone. The increased hours they spend in the EHR labyrinth is a slow death by 1,000 cuts to prevent harm to vulnerable third parties. It’s killing them.

And it has to stop.

For collective action, some individual damages which could be directly tied to poorly designed EHRs include:

Unpaid time on clerical tasks. Currently, 13 percent of a clinician’s day is on seeing patients, and doctors are working an additional 10 to 25 hours per week for free. A legal team would need exact amounts from individual doctors for increased time in a salaried position, decreased billing, and overtime.

Personal lawsuits for medical errors. Ideally, directly these could be tied to a malfunctioning ERR, but also those occurring at the time of EHR implementation. A legal team would need exact amounts from individual doctors for legal fees, lost employment, and resultant increases in liability coverage.

Lost wages from early retirement. Doctors are retiring in droves due to EHR avoidance. A legal team would need exact amounts from individual doctors for career loss, retraining, and lost wages.

Lost wages from depression and burnout. Doctors’ suicide rates and burnout scores have skyrocketed. A legal team would need exact amounts from individual doctors for expenses from counseling, therapy, depression and suicide prevention.

These numbers are available. And evidence-minded doctors can provide them at an individual level. They will attract a top litigation team if they do so in enough numbers. Sign up here.

3. Pick a target. “The notion that one EHR should talk to another was a key part of the original vision for the HITECH Act, with the government calling for systems to be eventually interoperable. The framers of that vision didn’t count on the business incentives working against it.”
— Kaiser Health News, Death by 1000 Clicks

The obvious legal target is a company whose system has a terrible interface, doctors hate it, it’s been successfully sued before, and it’s creating a for-profit market monopoly.

Less-obvious targets include large hospitals that buy EHRs without due diligence, HMOs that force active and escalating administrative tracking by doctors or hospitals for billing, or any MedTech company that can be proven to engage in information blocking (actively preventing EHR interoperability to preserve market interests).

Honestly, any high-profile case will do if it starts backing doctors’ complaints with actual financial damages. Doctors are not being taken seriously because up until now, although they have been clear, detailed, and even eloquent, they haven’t been talking in the language institutions listen to: regulation, dollar signs, and legal fees.

It’s time to be effective instead. Communication is only valuable if the recipient understands it. Doctors’ abdication of communal legal power does not constitute victimhood.

4. Ask for the right things. Tobacco legislation worked because state budgets did not reabsorb damages from the initial class action. They were put into inviolable funds earmarked only for research into tobacco control.

For a successful class action, doctors must stop looking at the ground they are mired in. They must look at the horizon and stride confidently toward it. Technology is not going away. It’s time to wrest control of it.

Doctors should demand the following actions:

Free-market interfaces on any institutional software used by more than one clinical specialty. Just like the Harvard SMART platform and iOS/Android app stores. Then small tech companies have a chance to compete to produce an interface you like, and you can choose that interface on an individual or group basis. Physicians can exercise individual buying power instead of feeling powerless.

Technologist training programs at every licensed clinical institution with one-year fellowships so clinicians themselves can design these interfaces. There is no excuse for clinicians’ abdication of technology development. (Other than sheer misery, burnout, exhaustion and heroism. OK, I do get it. I really do.) Physicians can fund their own takeover of MedTech, expand their options, and integrate technology the way they did bench research in drug development.

Interoperability so hospitals can rapidly and seamlessly switch vendors at will. It’s unconscionable that major EHR developers silo patient records, which patients themselves own. Even Google was unable to crack this nut. But doctors can free the patient record and with it themselves.

If physicians took this path seriously, future options could include DAO-administered EHRs, databases, and even hospitals. But let’s start with one clear victory.

It’s time for doctors to take coordinated action on their concerns. And I don’t mean a conference or committee. I mean confidently and precisely enact legal protections for themselves and their patients. Failure to act will result in disaster.

I didn't know her name until it was over 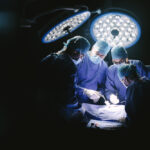 Are you ready to hear the truths about perfectionism? [PODCAST] 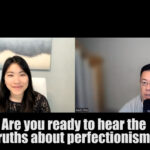