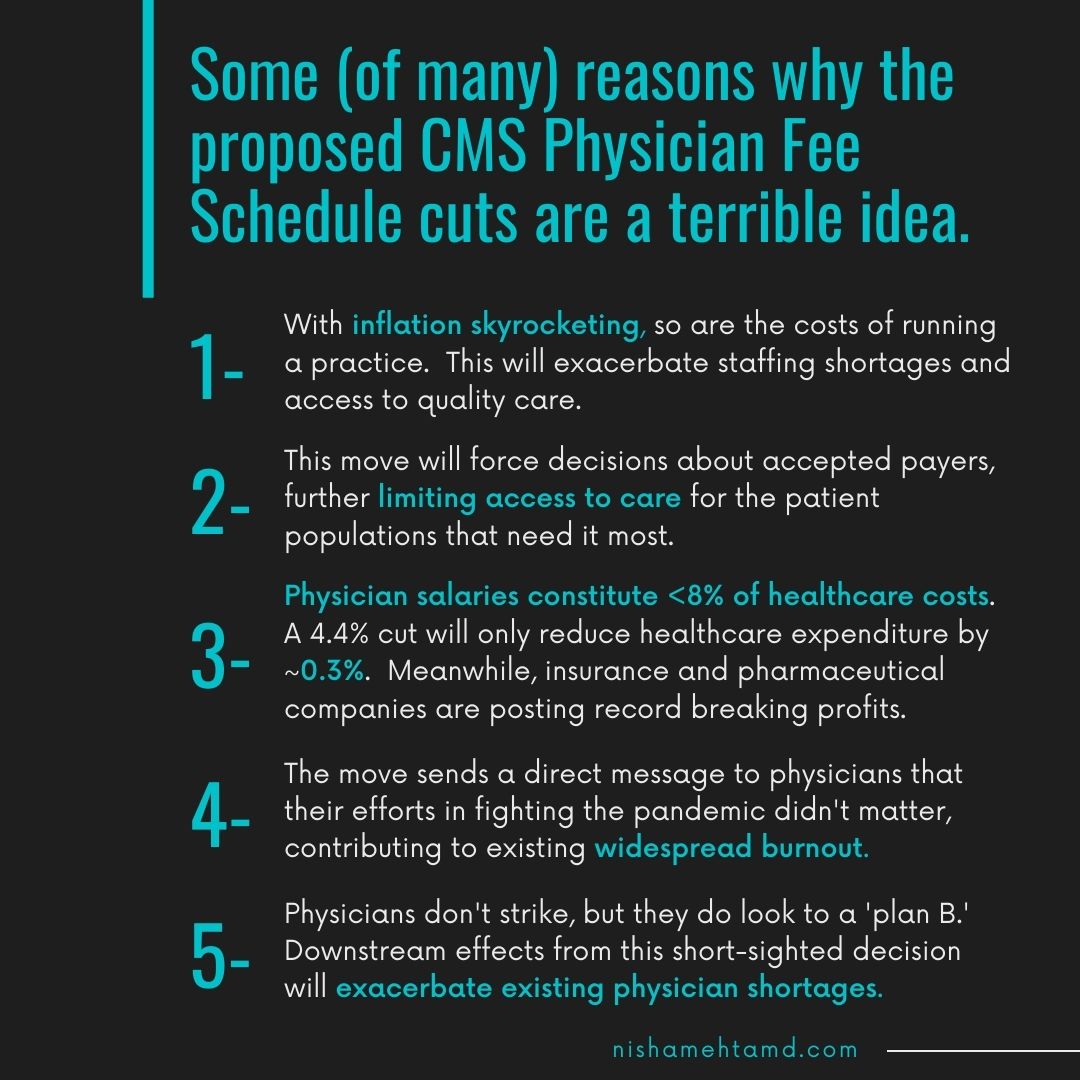 It’s hard to concisely put into words how frustrated physicians are right now. How many other professional groups out there have to fight to not have their compensation cut multiple times a year? Recently, CMS released its proposed physician fee schedule for Medicare for 2023, which reduces the conversion factor by 4.42%. This compounds upon additional cuts such as the resumption of a 2% Medicare payment cut that went into effect July 1.

With the inflation rate at a 40-year high and the most recent CPI at 9.1%, these cuts are particularly upsetting. The costs of running a medical practice are rising rapidly as the cost of services, supplies, rent, and staffing rise. And, of course, physicians face increased living expenses outside of work like everyone else. To rub salt in the wound, these cuts come after over two years of fighting a global pandemic, where physicians were called “health care heroes” and answered the call to put patient care above their own wellbeing.

It is almost impossible to imagine a situation where other professions would consider accepting compensation cuts right now. Many professional groups are asking for raises or proposing strikes. And yet, despite being asked to do more with fewer resources – all while insurance and pharmaceutical companies post record-breaking profits – this is exactly what is routinely being asked (?expected) of physicians.

Physicians don’t strike, and they’re not able to unionize nationally. With fewer than one million practicing physicians in the U.S., their ability to lobby effectively through numbers or dollars is limited. In addition, as a profession, physicians refuse to compromise patient care as a bargaining chip. This makes physicians an easy target – salaries are cut, and the requirements to earn those salaries are increased. The altruism of physicians is used against them.

What it does do, however, is further limit access to care. This is what everybody focus on. Instead of striking, when upset, physicians look to a plan B. They may stop accepting Medicare or only accept a certain number of Medicare slots per day, switch to cash pay practices, develop side gigs and cut back clinically, or quit altogether.

There are much bigger fish to fry when it comes to limiting health care expenditure that would not further threaten the sustainability of an already hurting health care system. Physician advocacy groups have to regularly spell this out is incredibly disheartening to a population of professionals looking for reasons to stick around amidst widespread burnout. Both access to and the quality of care will suffer. Unfortunately, the subset of patients who will feel this impact the most will likely be those who need it the most.

For anybody interested in fighting this, please contact your congressional leaders and media contacts, and submit comments to CMS. 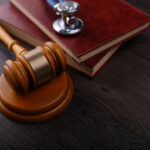 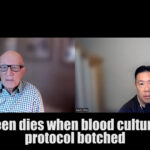 CMS Medicare fee cuts: The altruism of physicians is used against them
2 comments