Medicare for all is one of the leading campaign issues among the Democratic presidential candidates.

Michigan Rep. John Conyers first introduced the idea in Congress in 2003. It went nowhere, but as the one-time party of JFK morphed into something much further left, Medicare for all rose from the dead.

Medicare for all promises universal coverage, so that no one is without insurance. Unfortunately, it is cost prohibitive, costing as much as three-quarters of the current federal budget, necessitating large tax increases and eliminating private insurance. Coverage will be free, but there will likely be limitations on covered services and medications and long waits for care.

Why not a compromise with Medicare for those who want it, meaning a voluntary buy-in for those younger than typical Medicare eligibility age of 65? Congressional Democrats recently proposed such a plan, which would allow a Medicare buy-in for those aged 50 to 65.

Medicare presently covers 14 percent of the U.S. population, compared to 21 percent on Medicaid and 49 percent on employer-based insurance. Medicare already has a business infrastructure in place. Premiums are collected by the IRS via withholding taxes. Fee schedules and coverage rules are straightforward. Payments to providers are timely.

Disadvantages include lower payments to physicians and hospitals compared to some private insurance plans, but the insurance network is broad, and Medicare patients are usually able to find a provider.

What if Medicare was available for purchase by anyone below age 65? Premiums could be priced based on age and collected via withholding tax or direct payment. This would not affect those 65 and older who have been paying into the system for their working lives via Medicare withholding taxes. Premiums for younger enrollees could be configured to make their participation in the program cost neutral to Medicare.

This would provide another option to traditional employer-based insurance which is not always offered, or not practical for some due to high costs or narrow provider networks. For those unable to afford Medicare buy-in premiums, offer the same for Medicaid.

For those whose income is too high for free Medicaid, charge an income-based premium to allow individuals to buy into Medicaid as another option. Like Medicare, infrastructure is already in place. Certainly, Medicaid has disadvantages compared to Medicare with fewer participating physicians, but what if the only alternative is an Obamacare plan with a narrow provider network and unaffordable copays and deductibles? Or going naked with no insurance.

The wild card is keeping the programs cost neutral, meaning premiums for new enrollees covering the added costs of patient care. With Medicare and Medicaid having much smaller overhead, marketing, and profit requirements compared to private insurers, they may offer a lower cost alternative to traditional private insurance.

Take it one step further with the Veterans Administration system. Rather than making our vets travel long distances to relatively few VA hospitals and contend with long wait lists, give them a Medicare card which they can take to a local doctor or hospital for their care. VA hospitals are costly and inefficient.

Turn some of the VA hospitals into rehabilitation facilities for wounded veterans and let everyone else go to the doctor or hospital of their choice. Cost-sharing provisions can be adjusted individually to reflect service and injury particulars.

Note that these are voluntary programs. For those happy with their current insurance, they can keep their insurance, something President Obama falsely promised. A Medicare or Medicaid buy-in may be a better option for the younger and healthier population looking for basic coverage at an affordable price.

Competition may stimulate the private insurance companies to offer better and less expensive options. Rather than forcing everyone into a one size fits all government-run scheme, this piggybacks on existing established government medical insurance programs. The true challenge is to keep the programs cost neutral rather than another financial black hole adding to the trillions in unfunded government liabilities.

Given the federal government’s track record in such endeavors, I’m not overly optimistic, but it is certainly worth consideration. It’s a better option compared to Obamacare’s chaos and the Democratic fantasies of Medicare for all.

Alex Trebek reminds us to go beyond fear of pancreatic cancer 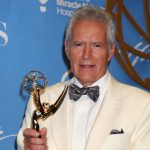 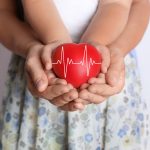