I see myself as a physician — period, and I certainly don’t see myself as a victim. However, I am unquestionably aware that being a woman makes a huge difference in how I approach my career, how others perceive me, and the professional and personal challenges I face. My husband is also a physician, and our career paths have some striking differences — some of which are based on personality and goals, but some of which are definitively tied to gender.

Examples?  I could go on forever, as could most of my colleagues, but here are a few:

1. During residency interviews, one program director directly — and illegally — asked me when I planned on getting pregnant, because she (yes, she!) had a small program and a maternity leave would stretch their resources.  When I was interviewing for a permanent job, the head of a group told me that he “knew my type” as a female in a dual physician family and asked when I’d be sitting across the desk asking to go to part-time.  My physician husband has never had to worry about how the existence of his family would negatively impact whether he was offered a job.

2. When I’m participating in activities related to physician leadership or entrepreneurship, I’ve almost always either been significantly outnumbered by males or the only female.  I was once told I was included as ‘the token woman’ at a prestigious event, despite having qualifications that matched or surpassed the other participants.   Because of this, I work extra hard to knock these out of the park to prove my worth, just as many women physicians approach their careers daily.

3. I’ve had to push for things to be stocked like smaller gloves in my procedure rooms, smaller sized scrubs, or appropriately sized lead (radiologist), despite utilizing these resources at the same frequency as my male colleagues.  Finding places to pump while I was breastfeeding my children was frequently the most stressful part of my workday. These are sad realities when the underlying assumption is that physicians are male.

4. Yes, I’ve seen that male physicians are much more likely to be called “doctor” than I am, by staff, by patients, and by administration — and I’m much more likely to have to clarify that I’m a physician.  There have been lots of great articles about this, so I won’t belabor it except to say that if you find it trivial, take a step back and actually consider what it means when there is a societal tendency towards ignoring a title that requires a decade of life to obtain for one gender, while admirably giving it to the other.  It’s not whining — it’s calling out societal bias that has far-reaching implications.

5. I’ve gotten lower salary offers than others I knew were applying for the same job at the same time.  Most people don’t believe this happens, especially within larger institutions.  It does, a point that I’ve discussed before.

6. I’ve had numerous uncomfortable professional conversations about things related to my children — while I hear others raving about what a good husband/father male Dr. X is for taking paternity leave, making it to his wife’s doctor’s appointments, or leaving early to make it to his child’s soccer game.  I’ve also heard more derogatory comments towards women in regards to clothing or career decisions than I can count — not to even mention things that can only be summed up by the #MeToo movement.  All of these things, especially when taken in the context of a hierarchy-driven, male-dominated profession, contribute to added layers of stress when advocating for yourself and your goals.

Yes, women physicians are different, and those differences extend beyond biology.  Demographically, nearly 50 percent of male physicians have spouses that have stopped working professionally, whereas only ~9 percent of female physician have the same.  Financially, the average female physician is in a different situation than the average male physician, with the vast majority of female physicians being married to another high-income individual.  Societally, there are different norms when it comes to raising families.  One of the biggest challenges of my career has been to acknowledge/embrace that my life is different from those whose portraits lined the halls of my medical school’s walls, and focus on creating the life in medicine that I want for myself and my family.  Fortunately, I’m now at the point where I’ve gotten over the so-called “imposter syndrome” that women physicians often encounter — when challenged, I just smile and casually outline a pedigree that I’m honestly pretty proud of, and which I’ve worked hard to own.

We can choose to let examples such as the ones above hold us back, or we can unapologetically call them out, know our worth and stand up for ourselves, push for change, and let them empower us, and that is why I ultimately think that women physician focused initiatives are so powerful. The fact is that with 33 percent of the physician workforce being women and 50 percent of medical students being women, there isn’t anything “token” about our existence, and if we want a sustainable physician workforce, the culture of medicine is going to have to change to reflect this.  With burnout rates on the rise and the implications upon society being what they are, it is increasingly important to empower all physicians.  We should encourage strong mentorship and physician communities, promote women physician leaders, create more flexible work options, advocate for increased salary transparency, and, yes, celebrate women physicians, who in addition to providing excellent care for their patients, shatter glass ceilings despite significant challenges, raise amazing children, and make unique contributions to the medical field. 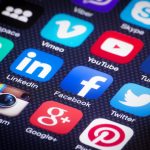