Over half of Medicare spending is concentrated in 10 percent of patients. With Medicare expenditures rising at an unsustainable clip, reigning in the costs of those patients is key to controlling health care spending.

So who are those patients and what expenses are they racking up?

It’s not who or what I expected. When I think of high-cost patients, I envision people with drawn-out hospital stays, or imagine people readmitted to the hospital time and time again for chronic problems. Hospital care is expensive, meaning most of the most expensive patients in any given year have probably experienced a hospital stay or two. Or at least that’s what I used to think.

But when José Figueroa and colleagues at Harvard looked at Medicare expenditures, they discovered that chronically costly patients didn’t become costly because of expensive hospital stays. Instead, it is outpatient expenses that stand out among these patients, including many very high-priced medications.

The researchers were focused on identifying patients that weren’t only expensive this year, say, but also next year and the next. Chronically expensive patients.

They discovered that more than a quarter of patients who are super expensive in a given year — the top 10 percent of expenditures — remain in that top 10 percent for the following two years. That means 3/4 of people who are super expensive this year won’t be super expensive in the next two years. Those transiently expensive patients typically incur expensive hospital stays, with hospital costs being the largest single contributor to their spending. By contrast, chronically expensive patients don’t typically experience lots of expensive hospital stays. Their hospitals’ expenditures are usually trumped by other expenses. More precisely, chronically expensive Medicare enrollees incur about $13,000 in hospital costs, a significant figure for sure. But over the same time, they incur more than $16,000 in outpatient costs and over $15,000 in medication expenses.

It’s also pretty hard to find lots of wasteful spending among these chronically expensive patients in terms of, say, preventable hospitalizations or unnecessary tests and procedures.  Out of $70,000 of annual expenses, only $4,000 was deemed to be “potentially preventable” by the researchers.

We need physician leaders who understand our problems 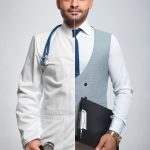 Why this physician never tells anyone she's a doctor 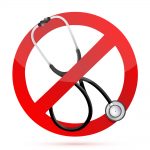