After three months of physical therapy, her doctor told her that it was time to get an MRI. She had already paid off her annual deductible, meaning the imaging test would “only” cost her the $150 co-pay. An imaging center near where she worked charged $1,500 for the test. Just two miles away, another facility would have just charged only $900 for the same test. She arranged to go to the more convenient location knowing the difference in price would be picked up by her insurance company.

She found out she was eligible for a rewards program. She called a rewards advice line and found out that if she chose the less expensive imaging center, her insurance company would send her a check for $400. She’d make money on the deal!

I’ve been describing the kind of program that insurers are increasingly turning to in an effort to incentivize patients to be price-sensitive when receiving blood tests, imaging exams, or common procedures. It’s one of the consumer-oriented innovations I explore in Sick to Debt (currently ranked one of the top five books authored by people with the last name Ubel).

In this case, companies liked Vitals Smartshopper are partnering with insurers to reward patients who choose low-cost alternatives. One such partnership involved Healthcare Services Corps (HCSC), an amalgamation of Blue Cross/Blue Shields plans in the Midwest and Southwest. HSCS opened up the rewards program to more than 250,000 people. The rewards covered a wide range of tests and procedures, all of which were offered at a wide range of prices. Here’s a glance at that price variation based on a study published in Health Affairs:

I’m not privy to exactly what HCSC and Vitals Smartshopper did to advertise the program. I do know that most people who received tests and procedures did not shop around for low-priced providers. Less than 9 percent either called the rewards advice line or logged into the insurer’s price transparency tool. Even with these small numbers, however, the insurer reduced its expenditures by more than $2 million (I have no idea what Vital Smartshopper charged for its work, all of which would have come out of those savings.)

Here is a picture of the average price of eligible procedures before and after the rewards program went into effect, compared to an insured population that didn’t begin the program until 2018. 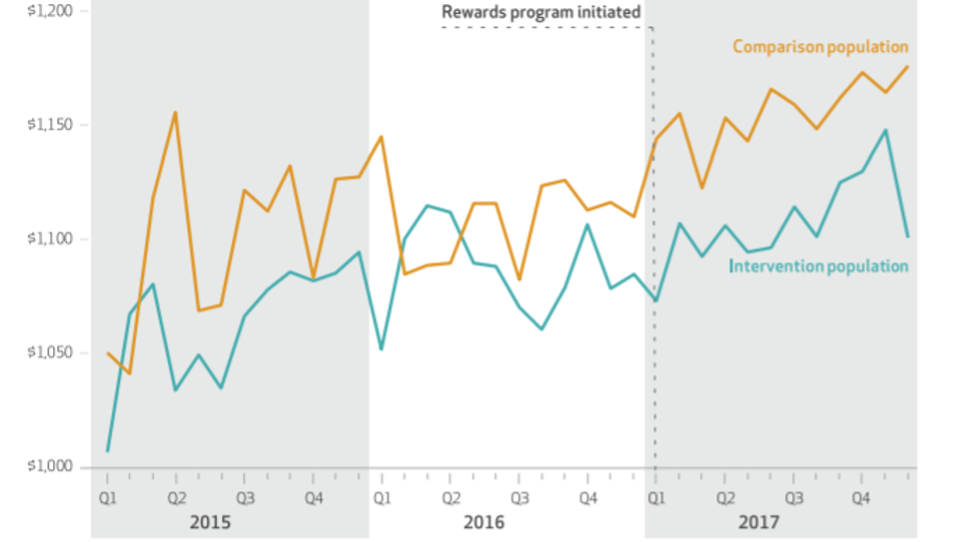 I like where this program is headed. But I have a few thoughts about how such programs need to evolve.

First, we need to make sure reports from these tests make it into providers’ EHRs regardless of where patients go. It is great to save money on MRIs, but not if the doctors ordering those tests can’t access the images.

Second, such programs should carefully monitor quality of care. I expect that most low-cost providers/testers offer excellent quality. But the rewards program should be designed to weed out low-quality sites, if or when we feel confident we can answer that question. (That’s a whole other tangle of challenges.)

Third, we need to market the heck out of these programs. Instead of 9 percent of people accessing the program, I’d like to see 99 percent doing so. OK, that number is unrealistically high. But even if 1 in 3 patients shopped for prices, I’d expect a quick shift in providers’ pricing strategy, as high-priced sites scramble to keep their customers.

Fourth, I’d like to see more employers demand such programs from insurers. If employers demand smarter insurance, with things like reference pricing and value-based insurance design as well as this rewards program, the health care marketplace will be forced to respond.

It should never be up to patients alone, as “consumers,” to combat high health care prices. Nevertheless, rewards programs like this deserve a role in broader efforts to constrain health care spending.

Why cultural competency courses should be requisites for medical school [PODCAST] 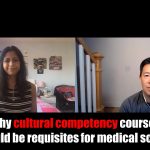 Science and faith in the time of COVID-19