Congratulations on our leading academic medical institution (LAMI) yet again making it to the top ten list of the U.S. News & World Report!

You have taken the reins in perilous times (globally and domestically), and what you do and what you stand for will determine if this great hospital will not just survive but survive with its brand and reputation intact. Getting hired as a physician who grew up in a little town on a different continent was one of the proudest moments of my life! Oftentimes my teenage daughter will scoff and say, “Did you really have to tell that guy that you work in LAMI?” Do you think anyone cares? And my answer is always, “I care that I work in the LAMI.”

While at work, I also make the time to listen to and mentor janitorial staff, scrub techs, medical assistants, and nurses, who I consider the engine of the hospital, and whose input I value immensely. In your role as a leader, it would be helpful for you to know how they feel. While I am conveying that message, do take my candor in the right spirit. A lot of energy is wasted, and negativity is generated on both sides (administration and trench workers), mostly from seeing imaginary enemies and tilting at windmills.

Trench workers perceive the leadership of LAMI as beings who inhabit rarified climes, have their heads in the clouds, and want those of us who work on terra firma, in the trenches of health care, to build their castles in the sky for them. The feeling is enhanced by the formation of the large, all-encompassing business umbrella, which we liken to the Wizard of Oz that controls all the sister hospitals while being out of touch with the people who are vital to their existence.

Perhaps this perception is unfair, but all we trench workers know is that due to directives issued by this invisible entity, we are consistently asked to do more for the same pay while our resources are simultaneously taken away in the name of cost-cutting. Paradoxically, there is an exponential increase in the administrative mouths that we feed. This aggravation is further heightened by the knowledge that this Oz-like entity is either housed in an opulent office building or working from home or a second home. Its well-manicured hands constantly patting itself on the back for a job well done and rewarding itself with increases in salary.

The leadership must come down from its ivory tower on a regular basis and mix and mingle with the trench workers at all levels. This is not happening enough. Sending out system-wide emails that most people do not read is not effective. Leadership must informally talk to the trench workers (in a safe space and not at public meetings where many feel afraid to speak up) and let them know they are being heard. Even if the leadership can do nothing about the bigger issues, addressing easily fixed minor issues and making it clear the administration supports them will generate goodwill and build bridges. In addition, members at the top tiers of leadership taking a public salary cut and diverting the money to make life easier in the trenches is a kind of gesture that will go a long way in diminishing the rumblings of discontent. Some of these funds could be used to hire additional staff in departments stretched thin so people have the time to breathe without being constantly overscheduled. Do this and publicize it.

We cannot talk about how to make things better for patients without also talking about how we are going to make it better for those taking care of patients. Gym tickets, wellness committees with a minimalistic budget, and free coffee on Doctors’ Day are perceived as insulting, especially when no one has the time to avail of those perks while they are at work. When I joined residency years ago, it was sold to us as akin to going to war. You could die on the mission, and it was OK.

No longer! The importance of mental health, self-care (terms that could have gotten one laughed out of a surgical residency in the years gone by), and intolerance of bullying have taken a front seat in recent years. In this zeitgeist, constantly talking about patients’ well-being while feeling powerless to maintain one’s own perpetuates the feeling of burnout and hopelessness that has percolated into the ranks of health care workers. Suffering and anxiety can turn the kindest of patients into people who cannot comprehend the time constraints and constant pressures we labor under. It is essential to know that the administration has our backs. I think of quality, safety, efficiency, and advocacy as the Four Horsemen of the Burnout Apocalypse. The horses that are being beaten to death are us. Though created with good intentions, these over-utilized terms make people cynical, and, in the end, the road to burnout is paved with good intentions.

Communicate that the well-being of health care workers is as important as the well-being of patients and communicate that frequently. Find ways to lighten the administrative tasks placed on non-administrative staff. Find out who in the hospital values money and who values their time and set incentives accordingly. This is not a one-size-fits-all, and the leadership must take time to parse that out.

Communicate to the American public what great Academic centers like ours do for the future of health care. The teaching, training, and research go into ensuring that they will be taken care of in their winter, ensuring that their children will be taken care of from the cradle to the grave. The amount of free care that hospitals like ours provide to underserved populations regularly. We have not taken the time to sufficiently explain this to the public and help them understand. This is very clear when one reads the comments on social media or national news when anything involving a health care issue is published. That ignorance serves as a club to beat us with. But it is our fault for not making the time and effort to educate them. Moreover, the public votes politicians to power, and winning the public over is worth the time and money spent, as politicians will follow accordingly.

We need to find a way to collaborate with the other large academic medical institutions and come out with a publicity blitz spelling out these aspects of our service to society in addition to lobbying Congress. It is a grievous mistake to take it for granted that people know. They don’t!

When the chips fall, as they eventually will, let it be said that the attempt to reclaim our honorable profession’s voice began in places like ours that gave it a head without taking away its heart. Let the story of academic medicine not end like the fable of the Golden Goose that underwent an exploratory laparotomy, that too performed by someone with a business degree!

Thank you for taking the time to read these thoughts, and know that this is written by a proud LAMIer who cares about this place and our profession and understands that it is nothing without its people! 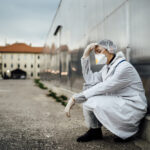 How every doctor should address a patient's pain 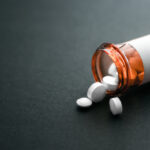 Academic medicine on life support: a letter to a newly appointed CEO of a leading academic medical institution
1 comments