Imagine that you hired a teenager to sell hotdogs at the local fair, but the teenager started telling customers that hotdogs were really not very healthy, that the price was ridiculously high, and that they could find healthier, cheaper options just around the corner. Is he wrong? From a business perspective, he’s a nightmare, but from a human perspective, he’s absolutely correct.

Where does your current work setting fall on this issue? Of course, physicians should be the primary advocates for the patient, yet we are also undeniably part of the business of health care. It can be a difficult balance with non-physician (and physician) managers looking over us.

I was reminded of this tension last month when I was asked, on short notice, to attend a conference call with my hospitalist administrators. The unstated purpose of the meeting turned out to be about patterns of admissions among hospitalists. Concerns had been raised (not the first time) that I declined admissions from the ED more frequently than other hospitalists and that this pattern was adversely affecting the hospital census (in a small, struggling rural hospital).

Strangely, my leaders did not have a single case to present to me, let alone a case that had been peer-reviewed and found deficient or dangerous. The discussion was based solely on “some” unnamed ED physicians who had complained.

Perhaps I am unusual (i.e., strange), but when I am called from the ED for an admission, I promptly print the patient’s most recent medication list from the EMR, briefly review their medical history and current diagnostic results, then go down to the ED, obtain my history (sometimes calling family members or nursing home staff to gather more information), examine the patient, and make a decision. Most of the time, the admission is a “slam-dunk” — the patient needs to come in, and I tell the ED physician directly as soon as that is clear (often before I even see the patient); but if I think the patient can safely go home (maybe 5 to 10 percent of the time, depending on the specific ED physician), I offer discharge. That said, I still always offer them the option to stay for observation (when justifiable) if they don’t feel safe going home. I’m sure everyone would agree that there is a gray zone when it comes to observation status. Not surprisingly, when offered a choice, most patients prefer outpatient follow-up if it is considered safe. Wouldn’t you?

Unfortunately and understandably, the fast-paced ED sometimes bristles at my “process” (thus generating complaints), as it adversely affects the ED length of stay and, ultimately revenue; and it raises medicolegal issues for the ED staff that would be erased if the patient stayed. It is also sometimes perceived as an offensive mistrust of the ED physician’s clinical judgment. Despite all of that, I have decided that my face-to-face assessment is necessary to make the best decision for each patient. I could give many relevant examples if space would allow.

What’s incredibly ironic is that once these patients reach the medical floor, the hospital wants them discharged as fast as possible, almost proving that they really didn’t need to be there in the first place. Basically, they’re saying: “Buy a hotdog and then move along.” Unfortunately for the observation patient, the average cost of a “hotdog” is around $10,000, and health insurance doesn’t always pay for observation services. Last week, a patient told my PA that he was still paying off an $11,000 bill from an observation stay a few months ago.

Sometimes I feel like we should be asking patients if they would rather buy a new car, take a week-long vacation, or stay in the hospital overnight. I am particularly sensitive to this issue since I work in an impoverished area of the country, with a median annual household income of about $25,000. Can you imagine how it would feel to get a hospital bill with that kind of income or less? On top of that, lawsuits against patients for unpaid medical bills are also very common in this area (and recently in the news)1. Considering that some of these unpaid medical bills are likely for wasteful medical services (in my opinion), it looks even worse; and when a defensive ED physician uses a threatening “against medical advice” form to persuade a patient to stay (and ultimately to pay), the combination of actions could be perceived by some as mild extortion.

Unfortunately, in my personal experience, young hospitalists these days are molded into the business of medicine much more strongly than they are molded into the humanity of medicine — through no fault of their own. The “good hospitalist” just accepts whomever the ED wants to admit (thus gaining praise from the ED), sees the patient only when they reach the medical floor (opening up ED beds quickly), diligently documents “complex” medical decision making, high severity of illness, and multiple life-threatening risks to the patient that they know are overblown (thus gaining praise from documentation specialists). If anything, they mutter, under their breath, or complain to their peers that the admission was unnecessary.

There is no doubt that hospital medicine as a specialty has prospered by providing fast, efficient care in a DRG-based revenue landscape; early “subsidies” to hospitalist groups from hospitals were based on projected financial benefits to the hospital. It reminds me of an unusual opening speech at an early national SHM conference I attended about 15 years ago, given by one of the founders, which focused entirely on how the rising salaries of hospitalists were evidence of our value to hospitals. The dangerous concept that “whatever makes money for the hospital makes money for me” threatens to turn a profession (with self-imposed principles and ethics) into “just a job” (in which we simply learn to check the boxes that are required to maximize profit).

It is much easier to float down a river than to walk up that river. We all like praise more than criticism. For those with debts to repay, families to raise, financial goals, and administrative aspirations, it makes a lot more sense to shut up, get in line, and do whatever it takes to make the hospital financially successful.

We sell hotdogs. Any questions? 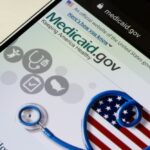