My residency baby just turned eighteen. Obviously, he isn’t really a baby anymore. He is six foot four and going to college, but somehow, I still think of him as that little baby. Maybe I’m just relieved that “we” both made it to eighteen. By “we,” I mean “me” as a physician mom and “him” as a person. I realize that sounds ridiculous, but honestly, being a physician mom is no small feat. I know some of you have already scoffed at this statement, and I don’t begrudge you. I used to scoff at it, too.

In college, I was in a pre-med club, and in my senior year, a woman physician came to speak to us about balancing career and family. I remember laughing, wondering what the big deal was. My roommates were going though, and so I went. I sat in the back row of the library auditorium and half-listened, the whole time doubting that balancing kids and medicine would be hard. After the lecture, one of my friends said she had decided to go to dental school instead because the schedule was more conducive to having a family. I sneered. I was so naïve.

By my second year of family medicine residency, I had “baby fever.” I had gotten married a few years prior, and I had done umpteen pediatrics rotations. I had held all the adorable newborns, and I felt ready.

After my first pregnancy sadly ended in miscarriage, I became pregnant again. I was just starting my last year of residency. I took a deep breath when I calculated that my baby was due six weeks prior to my board exams.

Nine months later, I became a mom on a snowy January day. It was more exhilarating and exhausting than I could imagine. I remember taking my son to his two-week checkup and telling his pediatrician that “I felt like I was on call 24/7 and couldn’t hand off the beeper.” (There were still beepers in 2004.) She laughed and said, “Yep, for the next eighteen years.”

As with most things in life, we adjusted to a new normal. With my husband’s help, I fit studying for the boards into my sleepless schedule, and I passed them six weeks post-partum. I also graduated from residency and took a job as an attending at the hospital where I delivered. I thought I was set, and again, I was so ridiculously naïve.

My son had seven ear infections in his first year of life, and while that may not sound life-threatening, it also meant that there were more days than not when he couldn’t go to daycare for fevers and congestion. It also meant that he was a miniature insomniac. I quickly realized that the woman physician who spoke to my pre-med club was spot on. My husband and I spent that year piecing together childcare as best we could.

My son got ear tubes for his first birthday and then proceeded to get pneumonia a month later. By this time, I had overwhelmingly realized that being a doctor mom was excessively demanding. Caring for patients at work and your own kid the rest of the time could not be minimized. I apologized to the universe for my previous feelings, and I dug in further.

The years that followed had ups and downs, of course. One early morning I will always remember when I got paged to come to the hospital to care for a patient with a GI bleed and a hemoglobin of three, and I hurried out so quickly that I forgot to pack a preschool lunch. (I still appreciate that preschool teacher sharing her lunch that day.) Sadly, there were so many field trips I missed, including the special Legoland one in first grade that I never lived down. I also never got to go to Mom’s Club yoga on Thursday mornings, and I felt like somewhat of a social outcast for missing this for a bit. I was on call during multiple Thanksgiving dinners and Easter Sunday egg hunts. I wrapped presents after rounding on Christmas eve.

Sometimes I would have a day off, or I would reschedule patients so I could go on a field trip or volunteer at my son’s school. Once I ended up making copies and reshelving books when I really should have been working, but over time, I got more adept at juggling life. I found shortcuts to almost everything, and I got more realistic about what I could and couldn’t do. I was able to adjust my work schedule, and I came to terms with missing some kid activities. I began to look at most things in life, like the “You Pick Two” menu at Panera. For instance, you may be able to have both things you want in life, but you may have to sacrifice portion size a bit.

I also met other doctor moms both online and in person. Knowing others facing the same challenges is incredibly beneficial.  One of my doctor mom friends recently told me she “wondered how I made it look easy,” and I was shocked that I gave off this impression. I realized this was not how I saw it, nor was it ever my goal to convey it as such. In fact, I wanted to write this because it should be noted that at no point, balancing motherhood and medicine was easy. The past eighteen years were amazing at times, but it was still also a hard grind. Nevertheless, I learned a lot along the way, and I am so grateful.  I can’t even imagine turning my “beeper,” i.e., cell phone, off for either medicine or motherhood anymore. 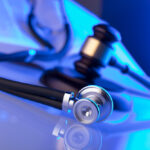 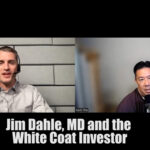