I traveled to Denver to California via train in mid-October. The train is aptly named the California Zephyr.

It is a 33-hour trip, across the high mountains of  Colorado — with magnificent views of rocky canyons flanking the Colorado River – and through the scrub deserts and subdued, pink-hued mountains of Utah and Nevada.

The trip was lovely. My husband and I had gotten our COVID booster shots two weeks prior. We paid for a roomette to limit possible COVID exposure in a coach car. Plus, we are too old to sleep comfortably in the chairs in coach. The meals in the dining car were splendid. The other passengers were all of them American. Since the borders were still closed, there were no foreign travelers on board. Our fellow passengers were good conversationalists. We had all been mostly sequestered at home for the preceding year and a half, so the opportunity to chat with new people was welcome.

California itself was quite flowery and largely pleasant. OK, the bomb cyclone and its attendant rainfall were on their way, making for some rainy afternoons that were less than ideal. But it was lovely seeing our son in Berkeley.

After a week, we returned to Denver, which welcomed us in its bright sunshiny way (even though it was late October by then). The stores were all open. Restaurants were open, with indoor seating.

With the trip cross-country and the open feel of Denver on our return, I was experiencing the world outside my doors as near-normal. There was a positive feeling of joy in picking up the pieces of what we left behind in the past 18 months. The joy of being able to travel again, to shop again, to meet with friends for dinner again.

Then the newspaper started telling us about a worrisome surge of COVID-19 due to the Delta variant. The governor of Colorado tells us that the ICUs are filling up again. The numbers in Denver are almost as high as they were during the height of the winter surge last December. The news is alarming—visions of closed schools, of another forced lockdown dance in my head.

This is confusing. The word I am searching for is “cognitive dissonance.” According to the Merriam-Webster dictionary, it means “psychological conflict resulting from incongruous beliefs and attitudes held simultaneously.”

Would someone please explain to me how to reconcile these two different versions of reality? Has the world returned to a semblance of normalcy, with the vaccines protecting most of us, or is the sky falling, with the virus overwhelming the 35 percent who are unvaccinated?

I ask the question this way because we are told that 80 percent of the people in the hospital are unvaccinated.

There is also the possibility that some of those who were fully vaccinated in the spring that their immunity is waning. That they really should get the booster shot to pump it up again. This is the path Israel has taken: boosters for everybody.

Governor Polis continues to warn us that the hospitals here in Colorado are approaching a breaking point and cannot continue to operate at this capacity.  And it isn’t just Colorado. Other states in the U.S. (and in Europe as well) are experiencing surges.

As we go into the winter, I suspect we will be seeing some restrictions – some attempts at increased masking and vaccine requirements. We can reasonably expect the numbers to get worse when cold weather keeps us confined indoors. I hope the schools can stay open. I hope we avoid any further lockdowns.   If anyone knows of another path forward, please share it with me. Cognitive dissonance is no fun. I need to settle my emotional life somewhere on the spectrum between boundless joy at the end of the pandemic versus the reality that it is still with us. 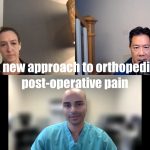 A message from a physician treating COVID patients

Would someone please explain to me how to reconcile different versions of reality?
4 comments