In a recent talk I gave for colleagues, I ventured outside the box.

I searched for a metaphor to make cancer treatments easy to understand. Around the same time, it so happened my kids decided we needed to re-watch all of The Avengers movies at home. (In order, of course).

Here’s where you get some insight into an oncologist-mom’s brain. While we watched the movies, another part of my brain cogitated on my upcoming talk, and a light-bulb went off.

I could use an Avengers’ character to illustrate each type of cancer treatment.

I was super excited about this idea.

Well, I’m not sure academic medicine was ready for Oncology 101 given Avengers-style, but afterward, I thought, this sure would make a great blog post!

So here it is, cancer treatments broken down, using The Avengers.

The immune checkpoint inhibitors are a class of drug that have been game-changers for cancer treatment.

As of March 9, 2019, there are seven immune checkpoint inhibitors approved by the FDA.

Two of them were recognized in 2018 with the Nobel Prize in physiology or medicine.

What is an immune checkpoint?

In brief, some cancer cells have found a way to evade our bodies’ immune system by “putting the brakes” on the immune cells, our bodies’ natural defenders.

The immune checkpoint inhibitor medications, however, prevent the cancer cells from doing this, in effect “releasing the brakes” on the immune system. The immune defender cells can now recognize and attack the cancer cells. Here’s a short (1 min 20 sec) video on the Memorial Sloan Kettering Cancer Center (MSKCC) website.

In the ideal situation, these medications “take the brakes off” the immune system, so that it only goes after the cancer cells. But a small percentage of the time, the immune system becomes so supercharged, it accidentally attacks the bodies’ normal cells and tissues.

In my talk, I compared this unwanted side effect to The Hulk.

The drug indiscriminately can go after normal cells, not just the bad cancer cells. If that happens, we calm the overactive immune system (The Hulk) back down with immunosuppressant medications.

The term “targeted therapies” encompasses any medication used in cancer treatment that targets a specific protein or receptor in the cancer cell.

Many of them are oral (pill) medications, making them convenient to take at home without needing to come to the cancer center for infusions.

These medications target the cancer cell with precision, often with minimal effect on normal cells, which means minimal day-to-day side effects.

Some examples of targeted therapy:

Some patients question the power of a medication if it’s “only a pill.”

I hope the Hawkeye analogy will help you realize that you don’t have to be the biggest Avenger (cancer drug) to be lethal (to cancer cells).

If you want to read more on targeted therapies, here’s a nice fact sheet from the National Cancer Institute.

Despite the advent of immunotherapies and the advances of targeted therapies, there are still many cancers that we treat with “chemotherapy.”

As oncologists, when we use the term chemotherapy, we mean any drug that causes direct damage to cancer cells.

As opposed to targeted therapies, general chemotherapy drugs damage cancer cells by damaging a broader cellular mechanism, usually by targeting the DNA or proteins that affect the cell division cycle.

However, some of our bodies’ cells are still actively dividing, including our skin cells, hair cells, mucosal cells (lining of mouth and GI tract). Which is why many of these drugs cause side effects to these other tissues (hair loss, nausea, etc.). But these cells can recover, whereas the cancer cells cannot.

Some common chemotherapy drugs that still have an active role in cancer treatment today:

If any non-Avengers fans will bear with me for one final Avengers analogy:

If cancer is our Infinity War, what will be the Endgame?

A physician's empathy in urgent care makes a big difference 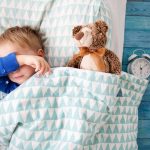 How physicians can find meaning in their work 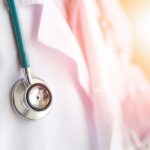