An excerpt from Love Your Child More Than You Hate Your Ex: What Every Divorced Parent Needs to Know.

As an experienced clinical child psychologist, I believe the ultimate goal of any parent is to rear an independent, responsible child.  While at first glance this may appear obvious yet if we observe most parents in action on a day-to-day basis, it becomes evident that many parents have no idea how to achieve this objective.

Most parents never take a course on parenting or even read a book or two on the topic.  Ask many parents, “How do you foster independence and responsibility in your child?” and you are likely to get a blank stare.

Our nation’s future rests in the hands of our youth.  It is the job of today’s parents to properly raise these children.  I contend that being an effective parent–and an effective spouse–are probably the two most important tasks that an adult can achieve.

Many parents believe that independence in our children occurs, more or less magically, when the child turns 18.  For example, I had a case in which the father of a 17 year-ten-month-old daughter insisted that she maintain a 10:30 pm curfew.  This girl, my client, was upset with her Father because this early curfew interfered with her active (and appropriate) social life.  When I met with Father he argued that the curfew was in place–and would remain so–to keep his daughter “safe.”

After listening to Father, I noted that his daughter, a senior in high school, would soon be attending the University of Arizona, one hundred miles away in Tucson, living in a dorm, where she would have no curfew at all.  Moreover, since she would be living in a coed dorm she could have a boy in her room, if she chose.  I advised Father that for his daughter to learn to become independent, like any complex skill, she needed the opportunity to practice such behavior, and he was not providing her that opportunity.

Is it any wonder why many freshmen “go crazy” when they go off to college?  If the adolescent has no previous practice in behaving independently, how can we expect them to suddenly sleep right, eat right, exercise right, and make good decisions simply because they moved into a college dorm and now have no supervision?

With regard to developing responsibility, many parents mistakenly assume their task is to coerce the child to do the deed until it is complete.  This process does not generate responsibility; it produces resentment and dependence in being made to do something.  As I have said throughout my 40-plus year career in mental health, “If you have to make a child be responsible; they’re not!”

Once I had a mother in my office yawn and apologize for being tired because she stayed up most of the previous evening completing her son’s sixth-grade social studies project, which he had left to the last minute.  When I asked her why she did the project for him, since he chose to procrastinate, she answered, “I couldn’t let him fail!”

This parent thought she was teaching her son to be responsible by getting the job done for him.  Living what he learned, I assume this preadolescent is likely to continue to mismanage his time and this Mother is destined to have many more late nights “rescuing” her son.

In my many years in practice, I have had dozens of cases where a freshman in college dropped out because in high school he/she was made to do their work or was rescued by their parents.   In this process, the teen did not learn to manage their freedom when they got to the university.

So, how do parents foster independence and responsibility in their children?

Parents tend to operate according to the “Sleeping Dog” philosophy:  If the dog is quiet, leave it alone; or, if the kid is behaving appropriately leave him/her alone.  What results from this skewed parenting philosophy is that the child receives essentially no parental attention for good behavior yet receives extensive parental attention for negative behavior.  Then we wonder why our kids misbehave!  Parents must reverse this perspective and become attuned to when their children exhibit responsible, independent behavior–and attend to it.

Reinforcement is only effective when it closely follows the targeted behavior.  If an overweight person ate a reasonable meal tonight and immediately following their dinner weighed themselves and saw that they had lost two pounds, it would be easy to continue to eat in that manner.  Proper eating was not that difficult because the reinforcement was immediate.  Unfortunately, weight loss does not occur quickly so it is quite challenging for most people.  If delayed reinforcement stymies most adults, it certainly will be problematic for children.  Expecting a child to behave well on Tuesday, for example, for some reward that may occur next Saturday, is likely to be ineffective.  The reinforcement must be administered immediately.

2. For nearly one hundred years research has shown that the best way to change an undesirable behavior is to reinforce the alternative desired behavior.

Often when I speak in public during the question and answer segment I am asked a question which takes the form of: “My child does so and so, which I don’t like; what should I do about it?”  The question portends some form of punishment.

My response to that type of question is always, “What would you prefer the child to do instead?”  When I get the answer to that question, I always respond with, “Then reinforce that.”

For example, if the children are squabbling in the backseat of the car while you are driving, you could scream at them to be quiet or, instead, distract them and say, “Let’s play a game.  The first to find five yellow VW bugs wins.”  In this manner, the kids learn alternative ways to behave responsibly for parental attention.

Most inappropriate behaviors that children exhibit is mildly to moderately inappropriate–like whining, procrastinating, forgetting, complaining, etc.  This kind of negative behavior is done primarily for parental (negative) attention.  Since most of the inappropriate behavior kids exhibit is for attention, then clearly the best response to that kind of behavior is no response.  Behavioral psychologists refer to this as “extinction.”  When I tell parents in my office to ignore these behaviors in their children, they often look at me like I’m crazy.  However, if they follow through with this concept, parents are amazed at how powerful doing nothing is.

I have recommended this “experiment” to parents for decades:  “The next time your kids start to bicker, simply get up, leave the room, say nothing, go into your bedroom, leave the door open, and sit on your bed and wait.”  When I suggest this to parents, I often hear:  “You’ve got to be kidding! There’ll be blood on the floor!  Someone will be seriously injured!”

However, what, in fact, always occurs is within 30 seconds the kids are in the parent’s bedroom bringing the fight to them:  “He’s mean!”  “She’s not playing fair!”  “He/she started it!”  What this experiment clearly demonstrates is that, for the most part, siblings fight not because they want to maim each other but because they have learned arguing is an excellent attention-getting mechanism.

When using extinction it is imperative that parents be consistent.  Don’t make the mistake of ignoring the initial inappropriate behavior for a time but then later respond to it.  It is predictable that when you initially ignore some behavior it will escalate briefly.  Be steadfast in your extinction.  If you respond to escalated behavior, you will have taught your child to become more obnoxiously persistent.  If the parent is consistent, it will not take too long before the child understands the message of extinction and ceases their inappropriate behavior.

By using extinction–doing nothing–logical consequences are allowed to come into play.  For example, siblings who fight and argue are left to work it out amongst themselves.  The child who chooses not to complete their homework (or project) is left to be confronted by the teacher (who has received an email or a phone call from the parent saying the child behaved irresponsibly and the teacher is empowered to apply any appropriate consequence).  The child who says he/she refuses to eat what is being served for dinner is simply and calmly told to leave the table.  (The child is not asked, once again, “How do you know you don’t like it until you’ve tried it,” or worse yet, is made something else to eat.)  The teen that gets a speeding ticket is not screamed at and grounded from driving for 60-90 days; instead, the teen is required to work off the $120.00 by doing household chores to pay for the driver re-education class he will have to attend on Saturday.

4. State the task once, clearly and specifically, and allow the child to respond.  Depending on the child’s response, follow through with the appropriate consequence–reinforcement, extinction, or (rarely) punishment.

Parents cheapen themselves.  Without exaggeration, I have heard at least a hundred times some parent say:  “I have to tell my child at least five times before he/she will do anything.”  When I hear a parent say that I usually ask, “What do you think you’ve taught your child about your first request?”

Parent must state their request one time and allow the child to respond.  Once the child has responded–good or bad–the parent applies the appropriate consequence.  One of my favorite responses when one of my sons chose to ignore a task was to do that task at the same time they wanted something or needed to go somewhere.  It was a great natural/logical consequence.

The parent must expect that the child will make some irresponsible choices.  Which child doesn’t?  It’s to be expected.  It’s part of the learning process.  Consequent that poor choice and move on.  Behavioral management works when the child behaves positively and is reinforced and when the child misbehaves and is appropriately consequenced.

5. It is not the child’s behavior but the parent’s response to the behavior that matters.

Most parents mistakenly believe they must control their children’s behavior and must make them behave.  This is impossible and, moreover, puts much undue pressure on parents.  Moreover, as I have said for decades:  “If you have to make your kid be responsible, they’re not!”  An effective parent is one who systematically provides appropriate consequences to their child’s behavior.

Larry Waldman is a child psychologist and author of Love Your Child More Than You Hate Your Ex: What Every Divorced Parent Needs to Know. 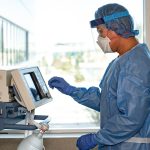 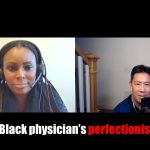 5 sure ways to raise a responsible child
1 comments