As a family physician, guest lecturer at a local medical school, and creator of a pre-med curriculum for young learners, I’m often asked by parents how to support their child who wants to be a doctor.

The most important point to remember is that you don’t need to have any science background or be a professional of any sort to support your child. We all want to help our children follow their dreams! Most parents know as little about supporting a budding physician as I do about how to help my son, who wants to dance professionally. That’s OK! I do the same thing as you: I look for answers online. And I’m here to give you some ideas. If you know anything about dancing classical ballet professionally, you’re welcome to help me in return!

So here is the advice I give parents who want to do their best for their child who wants to be a doctor.

1. Ask your child why it sounds appealing and help them develop themselves in that direction. Is it because they want to help people? Be a leader? Be respected? Because they think the human body is really cool? Because they love figuring out science mysteries? These are all reasons I’ve heard kids give for why they want to be physicians… and they are also all reasons that many doctors enjoy being doctors.

Use that reason as a jumping-off point for your child’s personal growth. If they want to help people, what are ways they can start helping right now in your own community? If they love learning about the human body, give them plenty of opportunities to learn more. If they want to be a leader, what are some leadership roles they can take now? If you don’t have the time or access for any of these, look for organizations like scouts or online programs that can come alongside you.

2. Take your child’s interest seriously … but not too seriously. While many children say they want to be doctors, many will consider different professions before landing on something else. I didn’t, though. I decided I wanted to be a doctor when I was six and never lost sight of that goal. So try to find a middle ground of respecting their interest without locking them in.

“Being a doctor is a great career choice and there are so many others, too! I believe in you and that you will have a career you love!” Be careful not to tell them why it’s a great/terrible career for them. Instead, help them learn more and then evaluate for themselves if it’s a good fit.

Remember that people change careers multiple times in their lives, so even if your child ultimately makes it into medicine, there’s a good chance that won’t be their only career. In fact, there’s a good chance that many of the careers our children will have someday don’t exist yet. Think of how many of today’s jobs are due entirely to evolving technologies and would have been science fiction when we were kids!

That stuck with me and I focused on developing into a good person, not just a good student. It paid off when I got into medical school on my first try as the youngest person in my class. My good grades and good test scores didn’t set me apart…it was my wide variety of interests outside of science and the stories I told during my interview, which demonstrated that I have an intense interest in the lives and well-being of other people.

4. Help your child learn more about medicine and being a doctor. Of course, shadowing a doctor is great, but many kids don’t grow up in professional families with connections that make that possible. So for the rest of us, there is a local library full of books. I’m pretty sure there wasn’t a single doctor living within a 5-mile radius of the neighborhood where I grew up. But I read biographies, essays, humor, anything I could find that gave me a taste of my chosen career.

I now recommend that anyone interested in medicine read the biographies of many physicians to understand more about the career and what it takes to be a doctor, and what you give up. Documentaries can also be a great option. Nowadays, there are innumerable YouTube channels created by students, residents, and attendings that show so much more about real life than a professionally edited program. A favorite I often recommend for anyone from elementary age through college is ViolinMD. She shows a mix of the science, the camaraderie, and the typical day.

5. Give them a science framework. I’m a firm believer that just as young brains learn a second language more naturally, young brains are also primed to learn the language and patterns of science more easily.

Create a nature journal. Grow a garden. Collect bugs. Do dissections. Build simple machines. Play Valence Plus (a chemistry card game that teaches the basics of chemical reactions). Create a game of battleship using four laminated copies of the periodic table of the elements (each player holds a folder with two copies and uses a wet-erase marker to record the locations of their own ships on one and their guesses for the location of their opponent’s ships on the other). Watch “It’s OK to Be Smart” and other great science shows. Bill Nye largely created my own science framework.

6. Teach them to fail. Many competitive students never learn that it’s OK to be less than perfect… until they get to medical school and realize that no one can know everything. I often tell the medical students I teach that I almost failed anatomy in medical school (but went on to honor my clinical rotations). This was after a lifetime of being the top in my class, and it was terrifying to me to realize that I could fail. It shook my entire sense of identity. Who was I if I wasn’t the best?

Eventually, learning how to fail gave me the courage to take risks. That new attitude allowed me to be part of the early Direct Primary Care movement, establish the only free clinic in my city, and create the first pre-med curriculum for young learners.

7. Love them unconditionally. A good doctor doesn’t excel in school because they are afraid of their parents being disappointed. A good doctor loves to learn and feels so strongly about their goals that it’s worth the hard work. Your child needs to know that you are still proud of whether or not they get into medical school.

How washing hair taught me to be a better doctor 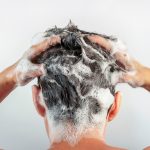 My child wants to be a doctor
3 comments