Sometimes an image captures the heart of a nation by putting a face on a human crisis.  The one of Óscar Alberto Martínez Ramírez and his 2-year-old daughter Valeria lying face down in the Rio Grande after drowning was powerful.  Their family had been turned away from crossing the border and decided to take their chances and swim across the river.  They were not successful.

Why did this picture seize our attention?  Is it because Valeria’s’ tiny body is tucked inside her father’s shirt and we can vividly see her clinging to him as they drowned?  Or is it because we know if they had made it across safely, the two would have been separated anyway?  Or is it because every parent understands the desperation it took for a father to swim across a swirling river while carrying his 2-year-old daughter on his back?

After staring at this image long enough, this girl becomes mine.  And if circumstances had been different, Valeria could belong to any one of us.  Immigrants arriving at the Southern U.S. border have the right to request asylum without being criminalized or separated from their children.  And I have lost my patience with those people who are trying to justify treating migrant children like animals. It is intolerable to deprive a child of food, shelter, and sanitation.

Pediatricians and other health personnel must be allowed access to the border facilities holding migrant children.  Border patrol officials must be trained to care for ill or injured children while in detention facilities.  In addition, we must change the way America looks at those seeking asylum in this country.  And, in my opinion, American mothers, are the ones to do it.

Language has the power to shape public opinion. Labeling immigrants as “illegals,” serves to dehumanize them and justify holding them in bondage.  Propaganda can be very persuasive.  The language used in reference to immigration has been weaponized to the extent that our nation has been deaf to the cries of children separated from their mothers.

Our nation has been here before.  History is filled with propaganda-driven cruelty against ethnic or racial groups. Slave owners considered slaves to be personal property and thought nothing of tearing apart families.  Our nation was indifferent to the forced incarceration of Japanese Americans, some of whom endured family separation as well.

Unfortunately, this time, we are brutalizing children who are unable to protect themselves.

Despite the fact that President Trump says the conditions are acceptable, make no mistake, children are being harmed at our southern border.  Dr. Sara Goza, the current president of the American Academy of Pediatrics, recently toured two border facilities.  She said, “the first thing that hit me when we walked in the door was the smell. It was the smell of sweat, urine, and feces.”  She continued, “No amount of time spent in these facilities is safe for children.”

Immigrants are first and foremost, human beings.  Migrant children are no different than our own children.  Outbreaks of chickenpox, scabies, and shingles will go on to become measles and meningitis if we do nothing.  Teams of pediatricians, nurses, social workers, psychologists, and other support staff—who have passed background checks—should immediately be given access to examine every child and provide necessary medical care in every single detention center in the country holding children under the age of 18.

Border patrol officials have no training or expertise in caring for young children. They have been providing one lice comb for children to comb through each other’s’ hair, yet in the absence of hot water or rubbing alcohol to sterilize the comb between uses, combating lice is impossible. As a mother to four children, I cannot tolerate the idea of any child being held in such deplorable conditions.

The government is just as incapable of managing the immigration crisis as they are at fixing our health care system.  Everyday Americans must do it.  Every time we turn away from the preventable suffering of a child, we lose a piece of our humanity.

Do not turn away.  The lives of too many children are at stake. 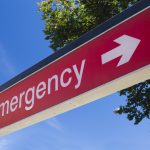 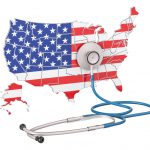 When we ignore a child’s preventable suffering, we lose a piece of our humanity
3 comments