In 2018, then-Senator Kamala Harris introduced the Maternal CARE (Care Access and Reducing Emergencies) Act and added the Black Maternal Health Momnibus Act of 2020.  Collectively, both pieces of legislation would create a task force to study sobering disparities in medical care based on race, combat racial implicit biases in the medical field, and close gaps in access to quality medical care for pregnant African American mothers.  The impetus was the alarming data on maternal mortality reported by the Center for Disease Control (CDC) in 2018.

Evidence showed that Black mothers’ mortality was 3 to 4 times higher than white mothers and were 243 percent more likely to die from pregnancy complications and childbirth complications.  Extrapolating the data further, a Black mother’s higher education and socioeconomic status did not protect her from these alarming disparities.  Just recently, on October 30, 2020, the medical community mourned the death of a rising African American Physician, Dr. Chaniece Wallace.  Two days prior, she and her husband, Anthony Wallace Jr., had welcomed their daughter, Charlotte.  Dr. Wallace suffered complications pre-eclampsia, pregnancy-induced high blood pressure.

As a physician, I applaud maternal mortality’s political attention.  It is a public health crisis that needs to be addressed.  A mother’s death is more than a statistic. Her demise has profound effects on infant development and instability for her family.  Alarming, most of these deaths can be prevented with better education and screening.  The Maternal CARE Act will address these issues.

For our society at large, maternal mortality is a barometer of economic and social health.  Many studies and analyses have correlated direct links to the two entities.  “When women have better education and health, mothers have greater household decision-making power and prioritize the well-being of their children.  In return, children have better educational attainment and are productive adults, building long-term economic growth,” states Mayra Buvinic, sector director of gender and development group at the World Bank.  Investing in maternal health is imperative for a stronger economy.

However, as a mother, I fear the CARE Act will fall short due to overlooking a critical piece in pregnancy, postpartum care.  Currently, in the birthing community, postpartum care is being referred to as the 4th trimester. Dr. Harvey Karp coined this term in 2002. The 4th trimester recognizes that term babies are probably born about 3 months early.  The cause for this disparity is evolution.  Human evolution promoted bigger brains and upright posture. Upright posture created smaller pelvic sizes, resulting in early birth.  An additional three months are needed for newborns to adapt outside the womb, thus the 4th trimester.

Medical research is also supporting that after delivery, a mother needs a minimum of three months and at times one year to recover from her pregnancy.  Diving deeper into maternal mortality data, one-third of deaths occur in pregnancy but two-thirds after birth and up to a year.  Addressing maternal mortality, in 2018, the American College of Obstetrics and Gynecologists (ACOG) advocated “that postpartum care should be an ongoing process…with visits within the first three weeks” of delivery.  An algorithm is also outlined for women with higher risk postpartum complications.  A commendable start; however, we are continuing to place the burden of care back on exhausted, sleep-deprived mothers who are recovering from delivery, struggling to breastfeed, and forfeiting their health for their newborns.

In our current United States postpartum care, we discharge moms as early as 1 to 2 days after delivery.  The first medical appointment is the subsequent day at the pediatrician’s office.  This newborn appointment is imperative because it assesses jaundice, breastfeeding, weight, and overall infant health. Routinely, neonatal jaundice evaluation and poor weight gain require additional pediatrician visits. Due to clinical time limitations, breastfeeding education promotes another return to the Pediatric office or lactation.  This is the baseline.  This is only the first week post-birth.

In a 12 week postpartum period, barring any complications, a newborn’s health is addressed at a minimum of four times through standard pediatric care. In contrast, a pregnant mother sees her obstetrician 10 to 15 times and routinely still only once at her six-week postpartum visit.  Traveling from one clinic to another, lugging a car seat, squeezing in breastfeeding attempts all while delicately handling a fragile newborn, U.S. mothers are struggling.

The Maternal CARE Act is the right step forward.  However, research should be in conjunction with solutions now.  Postpartum care is imperative in the discussion. To combat maternal mortality and its disparities successfully, we cannot underestimate this 4th trimester.  We cannot afford to lose more moms. 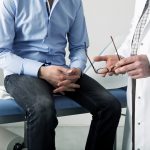 The Rx we were never taught to write 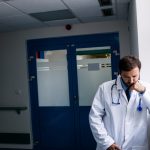