Thirty-five years ago, as a first-year student, I (DWS) wrote an article for my medical school’s student-run newspaper titled, “Sexism in Medical School.” The article highlighted three examples of sexism:

To put it mildly, the article was not well-received. There was no response from my medical school, and many of my classmates deemed me “supersensitive.” After extracting the yellowed issue from a box in my attic, I partnered with women from various career stages to grapple with the question: how much has changed in the past three and a half decades?

Initial response to the article

N.O. (medical student, MS3): The situations described in the article felt like nothing new in a way. We are so accustomed as females to being held to different standards anywhere that is predominantly led by male figures, as is the case in medicine. I am very lucky to be living in a more progressive time; when this type of incident occurs, it is taken quite seriously. Our generation is much more aware, but even our anatomy app’s model is based on a male prototype.

I’m grateful that I wasn’t sitting in the lecture hall described in the article. I would have been uncomfortable, distracted, and likely ruminating about the fact that such blatant impropriety had not been immediately called out. Saying it’s just a joke puts the negative attention back towards the female for supposedly being too sensitive or overly critical.

DJ (resident, PGY3): When reading the article, I was shocked that something as simple as an anatomy book could incorporate gender bias. I realized that I had read books that did not have all the information about women I needed; I made sure to find the information elsewhere, but this should not have been the case.

E.C. (early-career physician): My first response upon reading the article was sadness because I know sexism still exists in medicine. We learn anatomy and physiology focused on male models, and females remain “The Other.” My physiology text described the “70 kg man” as a model of a normal human. As we went through medical school, our teachers always referred to this human model by saying, “Recall the classic 70 kg man.” This form of sexism is subtle enough that we didn’t question why the male was the example of a normal human. Does that mean that females are abnormal or inferior?

As we move on in our careers, we may unknowingly perpetuate this bias because those are the textbooks that we use to teach the younger generations. The most recent edition of the physiology text includes a discussion of fluid compartments that begins, “In a 70-kg adult man …” The sexism in medical texts is subtle, but it is still there.

M.Z.L. (associate program director, internal medicine residency program): The idea that women didn’t deserve to be studied in detail and that our female characteristics were almost considered a deviation of what was “normal” is offensive and dangerous. Women have not only anatomical and physiological differences but also present with specific medical conditions. Bias and lack of specific knowledge about women’s conditions may affect the quality of care they receive.

NO: My experiences thus far with sexism in medicine have probably been shared by most female medical students. For example, having the physician never make eye contact with me throughout the entire rounds even when solely discussing the patient I was assigned, and instead of looking at the male medical student on my team and directing the teaching towards him.

I have been mistaken for a nurse on more than one occasion, not only by the patient but by physicians, residents, and other staff while sitting with a team of physicians on floors during rounds or walking in the halls. Another form of sexism is how often we women hear, “It’s hard for a female to make it as a surgeon,” during our surgery rotations. It’s as if we’re being warned, “Your achievements won’t carry you as far because of your gender.”

DJ: My experience in medical school was not similar to that described in the article, but my experience in my residency training has been. I remember an attending describing a simple chest x-ray during a lecture; he was quite vocal about the size of the patient’s breasts. His statements were followed by nervous laughter, about which the attending physician appeared proud. When the attending turned to the male chest x-ray, he made no side comments, and everything was professional.

Many, many times, I have introduced myself as the doctor and have had the patients refer to me as the nurse or ask me when the doctor will come by and see them. I recall one experience where my medical student came in after I was seeing a patient, and the patient asked me to be quiet for a minute so the doctor could talk to him. The patient was shocked to learn that I was the doctor, and my male counterpart was the medical student.

EC: I completed medical school in other countries and then moved to the U.S. for residency and fellowship. Some female trainees took advantage of superficial qualities or personality traits to obtain easier tasks or higher grades from certain teachers who were known to favor women. Sadly, it worked. I felt insulted as a woman, and I lodged a formal complaint at the Dean’s office. I felt it wasn’t fair to all our classmates, nor to the patients, we would eventually care for.

Unfortunately, our patients are also biased. Their first thought when they see a woman in health care is that we are a nurse. All professions and roles in health care are important, but we are not perceived as figures of power just by virtue of being women. It seems like we always need to prove ourselves in one way or another. It’s unfair, and it’s insulting.

MZL: Since I trained in another country, my experience may not be the same as that of women physicians who trained in this country. That said, I clearly remember as a student being in the anatomy hall every week, completely terrified by an old-fashioned and very biased male physician. He seemed to enjoy torturing the women in the group with questions that were almost unanswerable, then recommending that we “Go do what a woman has to do: laundry, cooking, and having children.”

NO: Overall, my experiences in medical school have been different than those described in the article. Physicians of both genders have supported and mentored me, for which I am tremendously grateful. The article describes a world that would have likely caused in the very least a virtual riot had it occurred today, given the popularity of social media campaigns and slogans like “She must count” or “Time’s up.”

DJ: My medical school experience may be a bit unique in that my class had many women from different walks of life who would stand up to anything that seemed unjust. I remember a lecture in which a psychiatry professor stated that women were categorically more emotional than men. My female classmates were not afraid to assert how sexist that sounded. However, I don’t think the experience described in the article is ancient history. As a woman, I have not always been well-received.

EC: I do think the situation is getting better. It makes me proud to see out there so many strong and brave women who are advocating for themselves and for the rest of us, creating societies and raising awareness of gender bias. Many men are advocates for women, by joining the #HeForShe campaign, for example. I am extremely blessed to be part of an institution that constantly raises awareness about sexism and social justice in general. But I know that this is not true across all institutions, even in the U.S.

MZL: Today, there are more women in medical school and in specialties that in the past were almost only for males, and women are now achieving leadership positions. However, the majority of academic and administrative positions are filled by male physicians. Salaries for women are significantly lower compared with males in the same positions and level of experience.

Women in medicine are patronized under the assumption that because they have children, they don’t have the time or the interest to pursue new opportunities, professional development, or leadership roles. And while these are some examples of “masked discrimination,” we also experience outright sexual harassment, manifested by blunt comments, unfair treatment and inappropriate interactions.

Lack of inclusion and omission are less obvious forms of sexism. When the academic setting and the workplace are not adjusted to the needs of specific groups, they perpetuate inequities. One common example is failing to provide appropriate accommodations for lactating physicians.

NO: The barrier to equality is shrinking, but it is still painfully slow. I am hopeful for the day when we can collectively witness men and women everywhere on a level platform, raising each other up equally.

DJ: Although we have come far, there are still major changes that need to be made.

EC: We still have a lot of work to do and must not be shy about calling out these injustices. We owe this to the younger generations.

MZL: Sexism in medicine still exists. Maybe it’s not as obvious as in the past, and not generalized, but it remains present.

While much has changed in the past 35 years, sexism remains a problem in medicine. Sexism is an externally imposed, unfair burden that limits the advancement of women in medicine, affecting their personal and professional development, their wellbeing and their ability to best serve their patients and our society. And for those reasons, it adversely affects us all.

As medical professionals, we need to advocate for change. Let’s demand that anatomy texts and apps stop asserting that the male body is standard. Let’s call out bias and sexism when we see it — whether from a colleague or a patient. Let’s create a world that embraces women physicians and supports equity by providing the preconditions they need to thrive. And let’s not wait another 35 years to start.

Aduhelm and how money and politics supersede science [PODCAST] 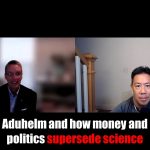 Women are still being "burned at the stake" in medicine 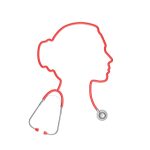 Sexism in medicine: Alive and well or a dying breed?
2 comments