It’s fascinating — the strange clarity that a little panic brings.

I remember thinking this in the days after, startled at the level of detail in my memories of the first time I watched a patient die.

“Just got a call, transport’s bringing in a code. You good to standby for compressions?”

I nodded as I felt my stomach free fall ten-thousand feet, managing a, “Yeah, totally,” that sounded more confident than I was.

When the EMS team arrived, I forced back a sigh of relief at the sight of the automatic chest compressor on the stretcher. My mentor said I wouldn’t be needed for compressions after all with the machine working, but if I wanted, I could stay and watch.

So I watched from the corner of the room in silence.

My mentor left the critical care room midway through the resuscitation after helping with the intubation — there were other tasks to complete as this patient straddled that place between living and dying.

Forty-five minutes of compressions, multiple rounds of epinephrine, several attempts at defibrillation, and a single minute of silence later, the rest of the code team left the room too.

Back at A-Pod, it was business as usual. “Did you know that less than 10% of patients who code outside of a hospital survive without long-term neurological damage?” This was my mentor’s segue to the following two minutes of conversation about the code I had just witnessed. I nodded, unsure of how to respond.

My mentor, the unshakable critical care resident, shifted in her seat, suddenly uncomfortable. “So how do you feel?” she asked.

I spoke without thinking, “Fine, honestly. That was really interesting to witness.”

I lied, hoping to speak it into truth, conscious of her unease with the conversation, and ashamed of the reality that I really didn’t know the “correct” answer to her question.

I remembered the instant I knew the patient was going to die, I could see it in the faces of the nurses, residents, and techs around the room. I could only wonder what they were thinking in those moments after before the silence was broken by the flurry of activity as they resumed working.

I thought about the family huddled together on the side, trying to put myself in their shoes, unsure of what to say. I remember the mother, unseeing eyes locked on the body, wearing an expression that I still can’t quite put into words — you know the one.

It wasn’t death that shook me; it was watching life go on.

I didn’t spend the next 48 hours grappling with my own mortality, which is what I was told to expect from various physician-mentors over the years. I was consumed by a question that I was too afraid to speak out loud, fearful of potentially displaying emotion or weakness. It echoed through my mind, magnified by the combined voices of countless medical students before me.

What am I supposed to feel, what is the “appropriate” response?

I pictured in my mind the doctors that I had met, interacted with, and looked up to since childhood. At some point, they too had their first encounter with death.

How did they feel, witnessing death for the first time? How would they expect me to feel?

I grappled with these questions alone, afraid of losing face in front of my battle-hardened superiors. Amidst chronic exposure to the harshest elements of the human experience, physicians created systems and symbols, barriers for protection — a distinct vocabulary, a purposeful affect, the paradox of “detached empathy.” It isn’t enough.

In spite of all these safeguards, doctors are dying, silently, unable or unwilling to ask for help. Hundreds of physicians in the United States die by suicide each year, and physicians claim suicide rates double that of the general population. Feeling unable to confide in physicians, I found solace in the next best thing — my classmates, physicians in the making.

We plant the seeds for the physician burnout, anxiety, and depression that inevitably arise while in medical school. When we reap the harvest, we are told that this is the burden and privilege of medicine. This is the weight that we must carry, the price we all pay in exchange for witnessing the purest, most undefinable parts of the human experience.

And we pay it alone, quietly, without complaint. Somewhere along the way, the doctor-we-could-be quietly dies, forced to face the specter of those destructive ideas alone.

If a lie is repeated often enough, eventually people will convince themselves of its truth.

Somewhere along the way, medicine sold itself a lie about the “physician’s humanity.” These harmful constructs were created in an era when physicians operated in an ivory tower, above and beyond the reproach of the public, when doctors and their work was the stuff of legends and saints.

For centuries this lie has been passed on to the next generation of medicine, engraved in our educational systems to ensure its perpetuity. And students, so willing and eager to self-sacrificially serve, upheld it as our unattainable ideal.

In facing the reality of physician burnout, we are finally beginning to realize the importance of talking about these struggles and experiences. Human-centered health care requires practicing humanity.

When we deny ourselves our humanity, and human connection, we divorce ourselves from the very people we pledge to help. It’s only recently that we have acknowledged that these destructive systems have failed to protect ourselves, much less our patients.

But medical students, whose humanity is all the more vulnerable, remain curiously absent in the growing dialogue on physician burnout, as if these destructive behaviors and ideals begin only after we graduate.

I don’t know how I felt that day in the critical care ward, in the moments after, watching life go on. I think that trying to define those feelings would be reducing the experience to something that is safe, and clean, and consumable, when the reality is that that experience was none of those things.

Boundaries, definitions, and labels serve to provide us with a sense of nonexistent safety and control. In dictating the norms of a situation, we can be secure in the knowledge that we need never face the discomfort of the unknown, the undefined, or the unexplained.

But what is medicine, if not the “in-betweens,” the ambiguous, the unpredictable?

And who better to reflect on those moments with than the same physicians that guide us in the clinic?

In the course of our training, we learn that it is how we choose to act and react in those moments of uncertainty that really define us and our humanity.

The “right” answer to the question is our own. This is the gospel we must preach to our future physicians, loudly, so that they never fall into the trap of silent suffering. And we can’t afford to wait until they’ve earned those two letters after their name. Because right now, our doctors are dying in medical school. 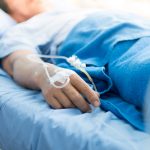 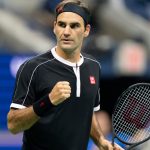