Despite the bright pink walls of its exterior, the Immigration and Customs Enforcement (ICE) facility stands inconspicuously, set back along a stretch of a frequently traveled road. We had come to meet Carla (identifying information changed), a detainee seeking asylum whose lawyer had requested a medical evaluation from our medical student-run human rights clinic. The immigration officer peered closely at our letter granting entrance and balked at the medical equipment and cell phone we needed to conduct our exam and document any injuries. An hour after a call to the Department of Homeland Security, we finally brought in our equipment and passed through the metal detectors. Our cell phone, typically used to document injury, was confiscated, and we were told that it would be provided when needed.

Asylum seekers are noncitizens who have come to or crossed U.S. borders and are applying for protection from persecution. The Refugee Act of 1980 requires that the United States provide protection to those who qualify as resettled refugees or asylum seekers. There are two paths to apply for asylum: affirmative and defensive. Asylum seekers who enter lawfully (e.g., with a tourist visa) or are under the age of 18, file affirmative applications with the asylum office of the U.S. Citizenship and Immigration Services. Their asylum claims are adjudicated by an asylum officer in an interview setting. Noncitizens in deportation proceedings file a defensive application with an immigration judge at the Executive Office for Immigration Review within the Department of Justice. This is an adversarial process that resembles a trial, with evidence, examination, and oral testimony. There is no appointed counsel and the asylum seeker (with or without the assistance of an attorney) must present a case of a credible fear of future persecution on account of “race, religion, nationality, membership in a particular social group, or political opinion” should they be removed from the U.S. and returned to their home country. If they are granted asylum, they are eligible to become permanent residents.

Inside the facility, we saw young men and women with orange and gray prison-style jumpsuits and unlaced shoes. Several attorneys and a judge were on-site, holding asylum court. Carla was brought into a room with a large window and faced our team: a medical student, an attending physician, and an interpreter, all assembled through our student-run human rights clinic. She gave us a nervous smile as we introduced ourselves and explained our roles as impartial medical evaluators for her asylum application.

We asked about her childhood, her home, her siblings, her education, and her aspirations in her native country. We heard stories full of love, support, and comfort. In time, she met a man and became a mother. The story changed to one of control, confinement, and verbal and physical abuse. She feared for her life, and her children’s safety, enduring years of emotional trauma, physical violence, and repeated hospitalizations. When the police were called after episodes of abuse, they were of no help. They photographed broken glass and furniture, but not her physical injuries, claiming that the damaged property was what was “of value.” The culminating event that led Carla to flee to the United States was the night in which she endured rape and the attempted murder of her and her children. She was intercepted off the Florida coast and had been in this ICE facility for several months. She had mostly kept to herself as she awaited her trial. Every screening tool we administered indicated severe depression, anxiety, and post-traumatic stress, clearly linked to uncertainty about her fate, the fate of her children, and a fear of being returned to a land that promised no justice or safety for her. Our interpreter, herself a survivor of intimate partner violence, rested her hand on Carla’s back as she sobbed. In the spartan setting of the Detainment Center, our examination was limited to assessing vital signs, documenting her injuries, and noting the diaphoresis that erupted when she spoke of her husband. After hearing her story and documenting her symptoms, we completed the evaluation and wished her the best.

Carla is one of approximately 120,000 men and women who have applied for asylum in the United States, each of whom carries the burden of proving, and thereby reliving, in a court of law the persecution or abuse they are escaping. Evidence is often scarce, especially when fleeing under duress. In Carla’s case, her husband had taken her phone and deleted items on social media that contained proof of threatening messages. Her body was her last piece of evidence and we carefully documented the cuts and scars that marked it.

As our team exited the ICE facility, we each reflected: the traumatic aspects of Carla’s story, the fact that she was detained despite having committed no crime as an asylum seeker, and the nature of being in a situation in which we had no access to her medical record, could provide no further follow up care, and could not refer her for mental health care. We were left with knowing only that we had listened carefully, allowed her the space to tell her story, and that we could provide this impartial service. A few months later, we were informed that Carla had been denied asylum and would be deported.

Carla’s story is a glimpse of our current system for those who have not had the opportunity to work with detainees who are survivors of torture, domestic abuse, trafficking, and religious and other forms of persecution. They face overcrowded facilities, limited access to health care, unsanitary living conditions, and the constant threat of being returned to even worse circumstances. Physicians can provide an important service to detainees by performing medical affidavits, bearing witness to center conditions, and ensuring the promotion of fundamental human rights. Carla’s story is not one of justice served, but one which illuminates the need for physician advocacy of this highly vulnerable population. 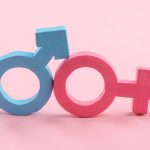 Medicine rewards self-sacrifice often at the cost of physician happiness