An excerpt from Exhale: Hope, Healing, and a Life in Transplant.

Late one Wednesday night in the spring of 2013, I sat in the ICU at Tina’s (aka Doctor D’s) bedside. She’d begun to deteriorate from chronic rejection of her lungs, and I had put her back on the waiting list for a second transplant.

My feet were propped up on a chair as I stared at the bedside monitor, hands clasped beneath my chin, the blips from the screen lulling me into a trance. Tina was heavily sedated, her nurse working quietly on the computer in the corner of the room. I was glad—I didn’t feel like talking.

Tina had become increasingly sick in recent weeks. As we sedated her so we could put her on a mechanical ventilator, I whispered in her ear, “Not a problem, kiddo. I got this. Piece of cake. One set of new lungs coming right up.” In her typically blunt way, she had told me that she was “dying like a fucking dog.” And she was. She knew it and I knew it.

As I sat by her bedside, the nurses on our team would periodically come by and ask me if she was still a candidate for a transplant. All I could do was stare blankly ahead and answer yes without any further explanation. Finally, when one nurse asked me the same question again, I lashed out: “Yes! Why do you keep asking me that?” I stared her down, daring her to ask me again. I loved Tina like a daughter, and I hadn’t been able to accept that my favorite patient—my kindred spirit—wasn’t going to make it.

I had subconsciously decided that if I said Tina was still eligible for a transplant, then she was. And if she was, we could still save her. It was time to have a discussion with her family about the details of the end of her life, but instead I had spent my time scrambling to get her relisted for another transplant and assuring her parents that things were going to work out, that I had everything under control.

I’d known it was a long shot, and as I sat there in the ICU, watching Tina die slowly from respiratory failure, pneumonia, and kidney problems, it was clear that we would not find her donor lungs in time. Technically, she was still on the waiting list, but she was far too sick for that now.

It was time to say goodbye.

Even with heavy sedation, the effects of pneumonia were visible: poor oxygenation and difficulty removing carbon dioxide from her blood. The futility of our efforts hit me with the force of a car crash. I tried to think of another way to save her—anything else that I could try.

Doesn’t it look like I’m trying? I replied to the voice in my head. I’m not God. I found my internal monologue was simultaneously explaining my position and begging for her forgiveness.

I smiled. Tina, you’re killing me. You and all the others like you.

“More like, you’re killing us,” I imagined her saying with a hysterical laugh. Tina always got the last word, even on her way to the other side.
I stood up and went to her bedside. Her eyes were closed, her chest moving up and down with the ventilator cycles. I touched her face and it felt cool—not as cold as a dead person, but not as warm as someone fully alive either. I put my hand on her forehead and then over her eyes and held it there for a moment. I leaned over and kissed her forehead. “Doctor D.,” I said so softly that even the nurse couldn’t hear me.

Tears came to my eyes. “Sorry.” I needed to leave before I lost it. It was time to go talk to her parents.

After talking with the family, there was an all-too-familiar exchange of pleasantries. “I really liked Tina,” I said, and they responded, “Dr. Weill, she really appreciated all you did for her, the relationship you two had.” I called Carol and told her to take Tina off the waiting list. It was the official end of Tina’s rope, and I was the one who had to cut her lifeline. I felt simultaneously crushed and relieved. As devastated as I was, I was relieved to no longer be perpetuating the charade that Tina could be saved by a transplant again. It was time to face that fact that she was too far gone.

It was also time for me to face some facts about my career. Continuing to do this work the way I was doing it was not sustainable. I needed to get off the merry-go-round. I just didn’t know how. I didn’t think I could stop myself—transplant was my duty, my responsibility, and what I was trained and programmed to do. It was hard to imagine leaving my post, but I needed to find a graceful exit, an elegant off-ramp that would satisfy my need for a tidy conclusion. One way or another, I wanted off the roller coaster, so I could never again be crushed by a patient like Tina. That had been my life for nearly twenty years. That was enough.

I felt yanked around by the ups and downs of the job, my emotions seesawed, and all the while I had to make rational decisions for my patients. But for me, the job was no longer a pure and simple exercise in rationality. I had mastered the mechanics of being a transplant doctor— that was the easy part. But now, from an emotional standpoint, every wife was my wife, every child was my child, and every father was my father. And I needed to save them all.

David Weill is a pulmonary and transplant physician and author of Exhale: Hope, Healing, and a Life in Transplant.

How 5-star reviews generated over $225,000 in practice revenue [PODCAST] 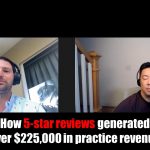 How a Zoom nursing interview killed my self-worth 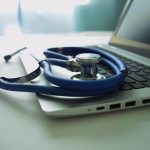 A transplant physician faces facts about his career
1 comments