I recently read a story that struck close to home for me, and I suspect for nearly all of you in your medical careers at one time or another. It was a story of a surgeon called in urgently to the ED for a seriously injured young boy. The surgeon arrived as soon as he could, only to be confronted by an irate father for being late and accusing the surgeon of being uncaring, self-centered, and money-driven. It was an ugly scene. The surgeon remained calm, apologized, and told the father he would do all he could to help his son. Even this did not appease the father, and he continued to verbally harangue the surgeon. After the surgery, the surgeon spoke to the father, explained that all went well and full recovery was expected. He then promptly left. The man told the OR nurse he couldn’t believe how callous and cold the surgeon was, first for being late and second for being so brusque with his departure after the surgery. The nurse then told him the rest of the story.

The surgeon was late because his son was killed in an accident a few days before. He was actually at his son’s funeral when he was called back to the emergency department. She told the father, “He left his own son’s funeral so he could take care of your son.” Needless to say, the man did not say another thing.

Most of us have been in situations. I can think of times, maybe not as tragic as this, but still difficult times, when I was running behind only to be confronted by an angry patient or family member for being so thoughtless and uncaring as to waste their time. If they only knew …

The reason I was late seeing you, even though you were the first patient of the day, was because I had just left the ICU where a patient I had cared for through the years had died. I spent over 45 minutes with a grieving family.

I have been in the hospital on-call for over 24 hours, working all night, rounding since six in the morning only to have the son of a newly admitted, unassigned patient come in from out-of-town irate that no one had called him. By the way, this son had not seen his mother in several years.

The patient I saw before you was sobbing when I walked into the exam room to see her for what should have been a routine 15-minute appointment. She had just found out her husband of 20 years was having an affair and wanted a divorce. She was devastated. It took longer than 15 minutes to see her.

I had minutes earlier told a patient of 20 years and his family that he has Alzheimer’s. How do you do that in 15 minutes?

The previous patient was a nurse I had worked for many years. She was in to review test results. The test showed metastatic cancer throughout her liver. She was 46 with a husband and three children at home.

My own mother in Alabama is dying. Her doctor isn’t communicating with my father, brothers, and sister; they turn to me for answers. I am personally burned out, and it’s all I can do to see one more patient. It’s all I can do to make it through each day. It is all I could do to remain in the room because I simply didn’t care anymore.

You have your own “if they only knew” stories, I am sure. Medicine is hard, and it is getting harder. Patients and families are more demanding with increasingly unrealistic expectations. They want you to treat them as if they are the most important person to you. They expect you always to be smiling, happy, and engaging. You try to do that but sometimes, despite your best efforts, you simply can’t because “if they only knew …”

You’re not alone in this hard work that is medicine. There are people who care about you. I am one of them. I do know.

Thank you for persevering even when you feel you can no longer continue. You are valued. You are appreciated. You are making a difference every day in the lives of others.

Why medical students should not let medicine define them [PODCAST] 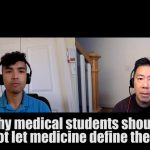 Are we underestimating the danger of prions and prion based diseases? 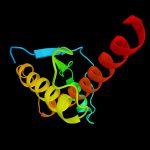