Assessment without definition: a flat tire on the road of progress

Even though we have known about prions for decades, very little progress has been made in defining what a prion is vs. what a prion is not, how they get into the brain, and how prion diseases are different from other neurodegenerative diseases. Phenomenologically these definitions can vary widely. To some, a prion causes a deadly, untestable (in clinical practice), and incurable neurodegenerative disease. To others, a prion is what forms long-term memories. To others still, a prion is what causes anti-fungal resistance and allows life forms to evolve in new environments.

This wide range of variation in how we define what a prion is vs. what a prion does not leads to unproductive conversations among professionals working in relevant fields of study. Subsequently, unproductive conversations lead to delays in scientific progress. I have personally witnessed very well educated individuals talking past each other solely because of poorly established definitions. I believe that we can, and absolutely should, do better in guiding our discussions and research on prions and prion based diseases by establishing a well understood standardized definition. I also believe that this poor definition is putting health care workers and researchers alike at risk for unnecessary exposure.

When we look at the alarmingly high rates of hepatitis C among the elderly that was caused by improper instrument sterilization and not by the drug friendly promiscuous lifestyle of the 60s. One has to consider if the current Alzheimer epidemic has been caused by prion-based diseases acquired from poor surgical sterilization in the 50s. The impact of the Alzheimer’s epidemic has been incredibly severe and more work needs to be done in order to fully understand cause, effect, and then prevention.

Science does not make outright claims that events will either happen or not, but merely ascribes the probability of an event happening based on the initial conditions. Since everything that makes up Cells, organs, and organisms is exponentially dependent on initial conditions, we can’t make definite predictions on large scale events.

This leads me to my next point: I am advocating that we invoke a proactive, rather than reactive stance that Alzheimer’s and other neurodegenerative diseases are infectious prion-based diseases.

This implies that when handling nervous tissue, we should act under the assumption that the nervous tissue contains hitherto unknown infectious prions, even if there are no indicators that this is the case. Nervous tissue is often handled at biosafety level 2 (BSL2). However, most infectious prions (that are known of) are assigned to a biosafety level of 3 (BSL3). When I worked in diagnostics, no testing was ever done on nervous tissue to see if prions were present or not. Given the exceedingly long time it takes for prion-based diseases to cross a threshold of pathology whereby the infection becomes detectable to a clinician, we cannot rely on epidemiological data to ensure health care workers’ safety, we must be proactive and precautious in our actions and not reactive.

If you have ever taken a hunter’s education course on gun safety, you will have witnessed an example of Pascal’s wager being applied. The first rule of gun safety is to assume that any gun is loaded and can go off at any time. When carrying a gun, it should always be pointed at the ground and away from anything that might be damaged or injured should the gun go off and fire. These rules are applied and carried out by any responsible gun owner even when they know that the gun is not loaded and that the safety is on. Despite the fact that there is virtually no possible way that the gun could fire a live round, the responsible course of action is to act as if the gun could go off at any time. This paranoid course of action is utilized because the severity of the outcome whereby the gun fires and kills someone is so large that even if the odds are small, the outcome is significant, should the unlikely event occur. This is exactly the approach we should be taking towards handling nervous tissue, prions, and prion based diseases. Pathologists, cytotechnologists, medical school anatomy labs, and etc., should be operating under BSL3 precautions when handling nervous tissue, not BSL2.

Robert Trent is a graduate student.

14 tips when negotiating a physician job 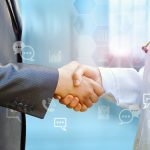