I recall clearly the effect that the first step of the United States Medical Licensing Exam (USMLE) had on my medical education. The test is generally taken at the end of the second year of medical school, about halfway through the 4-year curriculum. What made the test so important is that its result could effectively rule a student out of certain highly competitive specialties (e.g., dermatology, orthopedic surgery, radiation oncology, etc.). Since each medical school is unique in its grading methods (many of which no longer offer letter grades), this national standardized test was the only way to compare the medical knowledge of residency applicants across medical schools.

Over the past couple of decades, we have seen test score averages increase. Similar to the Medical College Admissions Test (MCAT), which is taken to apply for medical school, test preparation software and technology have enabled students to cater their studying habits to improve scores. For the USMLE, the minimum passing score has increased in concert.

The need to achieve certain scores created much anxiety in my medical school. I stopped going to classes altogether during my second year, and this was the case for most of my colleagues. Since the lectures were available through an online portal, it was much more efficient to listen to the lectures online at double speed. Medical students have become focused heavily on exams. My study strategy worked. The morning that I saw my USMLE Step 1 score, I knew I would be a radiologist someday, and I was only less than two weeks into my first clinical rotation.

Medical education has become ingrained with an odd sense of stratification. People interested in less competitive specialties can become unjustifiably associated with lesser acumen or ability, even if they are personal high achievers. I have seen surgeons label gynecologists as non-surgeons out of an odd sense of spite, and I have seen orthopedic surgeons label general surgeons as somehow lesser. I have known people who have been drawn to dermatology simply because it was a prized specialty, even if they aren’t really that interested in diseases of the skin. This is where doctors and non-doctors can have disparate views of what it means to be a doctor.

As the stratification of specialists became more and more sorted by test scores, the first step of the USMLE strayed from its original purpose. It was designed to ensure that doctors have a minimum level of competency, but residency program directors have used the actual score value—not just whether the applicant passed or not—heavily in ranking applicants. In response, the Federation of State Medical Boards and National Medical Board Examiners recently put an end to assigning the numerical score starting in 2022.

Many residency program officials, including those in my specialty, cried foul and whined mercilessly. How can they now ascertain how strong of a test taker an applicant is? I argue that as educators, we should be able to train any physician capable of passing USMLE in our specialty. I refuse to accept that my specialty requires a “smarter” doctor than any other specialty, and I really think that what has happened is that we as educators have gotten lazy. Instead of taking the applicants who best fit our departments and then teaching them up, we instead favor applicants who study well on their own so that we don’t have to work as hard to teach them.

There will be other effects from this decision to eliminate numerical scoring of the first step of USMLE. The second step of the USMLE, an exam that most students didn’t even take before applying to residency when I was a medical student, will become a much higher stakes exam. Recommendation letters and extra-curricular activities may also increase in importance. Nonetheless, I hope we can get to a place where we de-emphasize test scores and instead turn our focus to patient care. We are all doctors. Our medical education system needs to promote this equity.

Thank you nurses, for rushing in when we need you most

The struggle of being a nurse is real 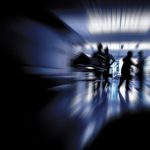