This is the number of people who died each day from firearms in the U.S. in 2017, the most recent year for which the CDC has published data. It is a staggering number, one that deeply damages the fabric of communities and tears families apart.

What’s perhaps most disconcerting is that this number – 109 – may not come as a shock. We have become so numb to the perpetual violence that these weapons cause that 109 daily deaths no longer alarm us. But put that number in context – in the U.K., 126 people died in the entire year of 2015 due to firearms. Here in the U.S., we have nearly that many people dying each day for the same reason. We ought to acknowledge there is more we can do.

The remaining 4 in 10 are homicides that affect predominantly black and Latino urban populations. This is clearly not an isolated issue, and it demands the national attention it deserves so we can achieve better outcomes for our families, friends, and patients from all walks of life.
So, how can we begin to solve it?

For one, we — as a medical community — must lead this fight and tell the stories of our patients. There is perhaps no institution more well-positioned to lead the charge against gun violence than the medical field.

When an individual is shot, they come to doctors and nurses — not the gun lobby — for help. We entered this field to promote the wellbeing of our patients, and it would be irresponsible to ignore the public health crisis we have on our hands. We must speak up and share our experiences to reduce the harm that we see daily due to firearms.

As part of this charge, the medical community must further the middling research that’s currently available. Until just two months ago, firearm research had not received government funding in over 20 years, due in no small part to the Dickey Amendment.

The gun lobby pushed the Dickey Amendment as a response to a thoroughly peer-reviewed study from 1993, which revealed gun ownership as a major risk factor for homicide and suicide in the home. In the nearly three decades since, over 600,000 individuals have died from gun violence in the U.S.

Fortunately, Congress recently approved $25 million in firearms research for the CDC and NIH. It is a small but important first step in the march towards developing evidence-based approaches to gun safety. However, this crisis demands far more research funding than it currently receives, and health care organizations are uniquely positioned to tackle such a problem.

Recently, Northwell Health launched a call-to-action for the 25 largest health care organizations in the U.S. to each pledge $1 million to fund gun safety research.

With the weight of their world-class reputations, monetary support, and renowned research arms, these institutions should and can accomplish significant research to help guide our communities and public officials in promoting the safest gun practices. While these health care organizations have expressed interest in pledging to such a cause, most have not yet put their money where their mouths are. For those who work for such organizations, we must demand action from our leadership and implore them to lead the charge in combating gun violence.

Additionally, we must educate our patients about the safety measures available to them. For instance, many states now have Extreme Risk Protection Order (ERPO) laws, or “red flag laws,” that temporarily suspend individuals’ access to firearms if they are deemed to be a present danger to themselves or others. While family members or police typically file such reports, physicians often find themselves at the intersection of gun violence and mental health.

Alarmingly, suicide rates and gun-related deaths are up 33 percent since 1999.

Therefore, it is our duty to make patients and their families aware of the mental health options they have and educate them that ERPO laws exist for their protection. Such laws are not meant to permanently restrict one’s gun ownership rights. Instead, they help patients and providers weather the current storm presented by gun access and acute mental illness, emotional distress, or drug use to improve outcomes in the long term. Early data already suggests that these laws have helped to reduce suicide and homicide rates among gun owners.

Finally, we must advocate for reasonable gun safety legislation. The language is crucial here — gun safety is not the same as gun control. Regardless of individual interpretations and opinions of the Second Amendment, it has been thoroughly litigated and is not likely to change soon. Instead, we must focus our efforts on ensuring the highest level of safety for everyone in our country, while also preserving the right of responsible gun owners to own firearms.

When automobile-related deaths rose in the 1960s and 1970s, we didn’t eliminate cars. Instead, we gathered robust research to redesign cars, redesign roads, and redesign how people are trained to drive. Automobile-related fatalities have plummeted since.

The same approach is essential to reduce gun violence in our country. We must redefine our relationship with guns and the purposes they serve in our communities. Mandatory and robust background checks, bans on semiautomatic weapons, and restrictions on gun ammunition purchases are important starting points that we must champion to secure safer communities and better outcomes for our patients.

On the second anniversary of the Parkland shooting, physicians, nurses, medical students, and other health care professionals are called to lead the way in achieving better outcomes for our patients. We have the narrative evidence, the financial leverage, the research prowess, the legislative influence, and the compassionate hearts needed to elicit real change in the face of this public health crisis. Gun safety is a crisis that impacts all our lives, and today more than ever, it requires the medical intervention that it deserves.

Michael Dorritie is a medical student.

What's the future of the physician assistant? 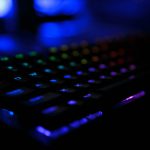