It’s a peculiar kind of civil war we are waging in America. 30,000 of us die each year from gun violence, exceeding the number killed annually on all sides in the Syrian civil war. On October 1, we saw more than 58 people slaughtered and hundreds injured in a carefully planned attack. At a concert. In Las Vegas. For no apparent reason.

My professional interest in this problem began during my residency in Detroit 30+ years ago. I vividly remember my first day on the Emergency Surgery rotation. Six of us stood around a gurney in the ER, stocked with 2 IV poles, one for each arm, bundles of laboratory tubes with lab slips pre-completed with orders for routine labs, including type and cross, a form for a checkbox history and physical, and resuscitation equipment at the head of the bed. We each received an assignment. As a family doctor in training, the H&P was my task. A fourth-year medical student was to insert the Foley catheter and two first-year surgery residents would place the IV lines. The second-year resident ruled over respiration and intubation while the chief resident paced between the ER and OR.  “I want the patients in the OR within 10 minutes of arrival,” he commanded.

I was still scanning the history and physical form when we heard sirens and received our first patient: a taxi driver shot through the back with an exit wound through the trachea, conveniently used to intubate him.  More than 600 Detroit residents were murdered that year, most of them with firearms.

In a time when we use fingerprints to open cell phones and facial recognition for laptops, why do we not at least mandate smart guns that recognize their owners? Why do we not ban assault weapons that can kill and maim multitudes and limit the magazines that feed in the ammunition, so that victims have at least a sporting chance of escape? If smart guns were mandatory, toddlers could not kill their playmates, stolen guns would be useless, and adolescents could not kill themselves with Daddy’s Glock 17. If magazines were limited to 10 bullets, a shooter would have to reload 60 times to kill or injure the number hit in Las Vegas this week.

As physicians, we have a powerful platform. We see the effects of gun violence in our offices daily. Families bereft following suicides, children in poverty when a parent is murdered. Men and women who have lost limbs, vision or cognition from firearm assaults. Even perpetrators who have ruined their own lives, now struggling to survive after serving time in prison.

Let’s tell our stories. Call, write or visit your legislators and ask, even beg, them to pass common sense firearm regulations. As Nicholas Kristof wrote in his New York Times column, we reduced motor vehicle deaths over the decades by tackling the problem piece by piece. Safer auto design, seat belts, air bags, speed limits. Let’s do the same with the morbidity and mortality due to firearms. Let’s tell our stories and press for action.  Our own lives may depend on it.

Barbara Meyer is a family physician. 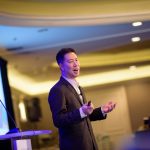 A story from a physician's journey to burnout 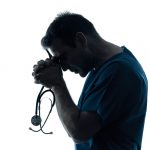