My uncle died last year. As physicians, we are all too familiar with death. Even if we are practicing primary care, we are touched by death and the line between life and death. That patient who had what statistically should’ve been acid reflux, but who you found to have stomach cancer. That breastfeeding mom who thought a little lump was a clogged milk duct, when it actually turned out to be metastatic breast cancer. Or that patient who was improving and stable enough to be sent to a skilled nursing facility who coded in the midst of being transferred onto the gurney. My uncle.

In 2017, KevinMD published my article, “Why this physician can’t be her family’s doctor.” In this article, the first paragraph read:

I continued on in my article to outline why I didn’t feel I could be unbiased enough to be my family’s doctor, and that their medical problems were better left to be solved by their own physicians.

That uncle in my article was my uncle who died last year. And I still haven’t gotten over it.

You see, I didn’t get involved soon enough. Three years before his death, my uncle started to lose weight. All of us, including him, attributed his weight loss to stress. My grandmother could no longer care for herself, and along with my mom, he became her caregiver. He took this job very seriously. He slept over her apartment at nights and made it a point to drive her to the senior center every day for lunch. He put a lot of pressure on himself to be the best caregiver to my grandmother. He’d always been anxious and high strung, and the three cups of coffee he drank every day didn’t help either. So, we all just thought this extra stress of being a caregiver was causing him to not eat and lose weight.

Fast forward, six months later, he continued to lose weight. People were telling him he was too thin, so he finally began to seek care from his family doctor. He had blood work done, an EGD, colonoscopy, CT scans. “Nothing,” he said, when I finally decided to ask him about what his doctors had found, “They’ve found nothing, and I’m fine. They say it’s stress.” I didn’t press him further.

One year later, he could barely stand and walk by himself. He was a skeleton. By then, my grandmother had died six months earlier. Even with the caregiver stress removed, he had still lost a tremendous amount of weight, an alarming amount of weight. In medicine, we call this a red flag.

His older son, who is not in medicine, became more involved at that time. He took him to various doctor’s appointments, for various blood tests, repeat CT scans, other scans.

“Nothing,” my cousin would say.

By now, my uncle was so weak, sometimes he couldn’t talk.

One day, my cousin said, “There’s a spot on his lung, but don’t worry, they are looking into it.” Up until then, I’d been hanging back. Not getting involved because I was worried I was going to be biased. Or something like that. But, now with the news of a “spot,” I finally stepped up as a physician and not just a niece. “Let’s review his medical records and visit his doctor.”

Four months later, he died. To protect him and his family, I won’t tell you what he died of. But, I can tell you that it is something very treatable. People rarely die from what he had.

I know there are many factors that influenced the circumstances of his death, but I can’t help but feel that I’m one of those factors. That if I’d stepped up as a physician, he’d be here today, anxious about getting somewhere in time, driving us crazy, but still here.

“My niece, the doctor,” he’d always say with pride as he hugged me.

I wish I’d been your doctor.

Karen Yeter is a rheumatologist who blogs at Resuscitating You. 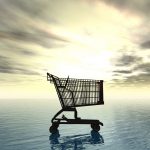 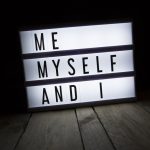