I walk into my parents’ home to pick my mom up for a family gathering. And like most days over the past few weeks, palpable sorrow greets me at the door. Our old dog lies sleeping on the couch, heavy with years, she’s difficult to rouse. She finally welcomes me with a geriatric tail wag and labored breathing. I glance at the pile of mail on the table, eager to catch a glimpse of a new card or letter of condolence, which have been trickling in at a steady pace. A thick envelope addressed to my father lies at the top of the pile, from the network of hospitals that were home to him during his final months, and where I spent years training and working as a researcher. My eyes scan the front of the envelope: “Courage Lives Here.” My face contorts reflexively as I ask my mom what they want. “It’s a survey,” she tells me. “They want to know how they did.” I shake my head in disbelief — I guess they didn’t get the memo. Dad’s gone. Courage died there.

But before he died, Courage burned fiercely. He braced himself in opposition of doubt and defeat, he forgave numerous medical oversights and missed treatment opportunities, he did laps around the nurse’s station, greeting the nurses at each turn. He underwent an endless slew of diagnostic tests- colonoscopy, gastroscopy, CT and MRI scans, liver biopsy, and innumerable X-rays and ultrasounds. He endured weeping leg edema, sleepless night after sleepless night, shortness of breath, dizziness, liters of fluid around his lungs and in his abdomen and repeated needle punctures to drain the fluid. Courage lost his appetite for food but ate anyway, lost his tolerance for liquids, but drank nonetheless. Courage fortified his neighbors, asking about their progress, wishing them good luck and good health. He endured a central intravenous catheter, nasogastric feeding tubes, stomach ulcers, relentless nausea and hiccups, constipation and diarrhea. When he developed urinary blockages, Courage tolerated the surgical insertion of kidney drainage tubes and the multiple tube replacements that followed. When he was denied prophylactic antibiotics at the first tube change, only to develop Staphylococcus aureus kidney and blood infections, Courage persevered. Courage waited patiently, then impatiently, for his doctors to round, accepting feelings of uncertainty and neglect when no doctor visited for a week. He suffered through mixed messages, a racing heart, low blood pressure, a blood clot in his leg, pressure ulcers, a single harrowing round of chemotherapy, agonizing mucositis and mouth sores, debilitating weakness and weight loss, and when things were at their bleakest, another walk to the nurse’s station.

Courage accepted the pain of surrendering his role as nurturer and caregiver, of giving up control over his body and life, of watching his family suffer with him and tend to his every waking need. He navigated the landmines of frustration and disappointment in a medical system that had carefully tracked his progress since removing his diseased prostate seven years earlier, only to miss the elephant in the room because of an over-reliance on inadequate protocol. Courage battled demons of despondency, mood disturbances and hot flashes at the hands of hormonal treatment, clinging to optimism and faith despite ongoing setbacks. When his appetite for food failed him, he sustained himself on an appetite for life, his guiding motivation a hunger for more time with family. He managed the household expenses, wrote birthday greetings to his granddaughter, visited with friends young and old, listened to his favorite music, donated to charity, voiced his fear and anger, dreamed about vacations at the beach, kissed my sister’s very pregnant belly as he felt his unborn grandson move, sat quietly holding hands with his devoted wife of 52 years, and kept up-to-date on family life in general, all from his hospital bed.

Courage stared down a death sentence of weeks, saying, “I cannot accept this.” Courage fought for hours to swallow medications that would no longer go down because of an untreated mouth and throat virus and an overall weakened swallowing reflex. Courage fought to swallow the bitter reality of the final option for treatment — large, uncrushable pills. A new type of hormone therapy that held the promise of shrinking the innumerable tumors that riddled his body, covering at least 30 percent of his liver, and infiltrating his lymph nodes, which were pressing on his various organ systems. Eight pills lost the battle and were swallowed before all food and water were restricted completely. Courage listened as doctors scavenged his last shreds of hope. “There’s nothing more we can offer you. The treatments have done nothing for your cancer.” As an advocate for my father’s health care, I demanded evidence of treatment failure. How much of my father’s deconditioned state was due to cancer progression and how much of it was a result of the panacea of medical oversights and mismanaged complications, including recurrent infection and long-term poor nutritional status? Courage listened in disbelief when the CT results came back showing significant disease regression, particularly in the liver. To everyone’s surprise, a single hormone-blocking injection from two months ago had finally kicked in and was doing its job. But by then, another systemic infection had taken hold along with the insidious psychological toll of a medical team that had given up, all too eager to point a finger at the ever-looming specter of metastatic prostate cancer that had taken on an identity of its own.

This is the story of a family traumatized twice. Once by witnessing a loved one suffer at the hands of a ruthless, ravaging disease. And a second time by witnessing the medical and psychological mismanagement of a patient whose disease did not fit the typical progression and therefore fell between the cracks of an overburdened medical system designed to treat the statistical norm. As a bystander to my father’s painful journey, I can only approximate the degree to which he suffered. I can only tell the story from my own perspective — that of a daughter who committed herself to running the race alongside her father and to making sure that he crossed the finish line to receive his most revered prize: more time with family. Sadly, we lost this race, the finish line assuming a tragically literal meaning.

Ultimately, my father passed from septic shock. His cancer was responding to therapy, but his body was too weak and decompensated from malnutrition, immune system compromise, delayed treatment of infections and overall disease burden to cope. Unlike many other patients, he was blessed to have his entire family advocating on his behalf, with someone by his side 24/7 to supervise his medical care, including diagnostic and medical procedures, meetings with doctors, review of test results and treatment plans and administration of medications. My father welcomed our support, particularly when he became too ill to remain vigilant, and even for daily routines such as medication administration. As a result of drug dosage and dispensing errors, he insisted that one of us be present when he took his medications to review the list and doses of drugs with the nurse before administration. Being so intimately involved in my father’s care, we bore witness to an onslaught of preventable errors, a perfect storm of mistaken assumptions, missed opportunities, shortsightedness and overreliance on limited protocol. We were successful at preventing some errors by interceding and advocating in advance. Others we discovered in retrospect after the damage had already been done. Over the course of several months, we encountered mistakes by attending physicians, oncologists, nurses, administrators, and radiologists. In an environment where the cost of errors is so high, does the medical system really understand the agonizing toll that preventable errors have on a single life and family?

Admittedly, we came across countless angels within the health care system, who displayed uncompromising compassion, responsibility, and good judgment during my father’s most difficult moments. However, their empathy and dedication could not compensate for the lack of adequate protocols for outliers such as my father. Nor could they compensate for overworked physicians who treat symptoms rather than patients and who are spread so thin that they do not have the time to review the files of patients with complicated cases — let alone the scientific literature. Therefore, they miss opportunities for better, timelier care. In an era of patient-centered care, our experience is a sad reminder that the system falls painfully short in addressing the complex needs of patients with multiple comorbidities and complications — precisely those patients who are at greater risk for preventable harm and who require more careful assessment. A 2016 report released by the Canadian Institute for Health Information (CIHI) and the Canadian Patient Safety Institute found that 138,000 Canadian patients admitted to hospital during 2014-2015 experienced a harmful event, ranging from hospital-acquired infection to medication errors. Of these patients, 17,300 died during their hospital stay. Vice-president of research and analysis at CIHI, Kathleen Morris, told The Star in 2016 that “Those most at risk for hospital-related harms are patients with multiple medical conditions, such as cancer and diabetes, who have several specialists involved in their care. The more complex a patient’s health status, the higher the rate of harmful incidents.”

Despite ongoing public campaigns to raise awareness of preventable medical harm, the story from the inside remains very different, at least in our experience. My family’s attentive involvement in my father’s care serves as an important example of how self-advocacy can expose the culture of silence surrounding preventable diagnostic and treatment errors. The conditioning of patients to accept what doctors say as gospel perpetuates an environment in which physicians can easily avoid taking responsibility for oversights. Regardless of their level of expertise or rank within the hospital system, physicians are not infallible. If something doesn’t seem right, there’s a good chance that it isn’t. Asking informed and relevant questions and engaging in ongoing and productive communication with the health care team provides opportunities for ourselves and our loved ones to receive better care and holds health care professionals accountable.

For the majority of men diagnosed with prostate cancer or managed for recurrence, the standard of care and treatment options are good, provided that diagnoses are made early. For prostate cancer patients with aggressive, atypical forms of the disease, the reality is quite different. In my father’s case, his medical team failed to diagnose recurrence in a timely manner, due to the unusual presentation of his disease, an overreliance on inadequate tests and diagnostic imaging oversights. Cancer patients who fall outside the statistical norm because of uncommon manifestations of the disease are often stigmatized as ill-fated as if somehow their unfortunate biology is responsible for their demise. Assigning a human identity to the outliers who, despite medical intervention do not survive, serves as a reminder of the shortcomings of current standards of care for such patients. My hope is that my family’s experience raises awareness of preventable errors in the management of prostate cancer and its recurrence, and encourages patients and their families to self-advocate. My appeal to physicians and other health care professionals is to reexamine practices for patients who require closer follow-up, to identify opportunities for improved, timelier care in patients with complex medical histories, and to honor the concerns of patients and their families. Until we reach a point where no man is left behind, the medical community will not have fulfilled its commitment to do no harm. 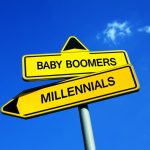 The myths and truths about med-peds physicians 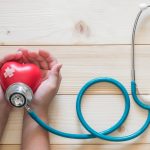