Doctors are regularly deluged with advice on how to engage patients. But how can you, as a patient, get your doctor to engage with you as a person truly? Your health — and even your life — could depend upon it.

A perceived absence of empathy can significantly harm physical and mental well-being. At a recent Society for Participatory Medicine (SPM) conference (I’m a member), three strategies stood out as ways for patients to short-circuit being given short shrift.

Kate Sheridan was 11 years old when she was diagnosed with Lyme disease. Over the next three years, she was referred to more than 30 doctors and was hospitalized five times. The complications from her condition, Kate wrote in a blog post for the Mayo Clinic, changed her from a straight-A student to someone unable to read or write and from a competitive athlete to being bedridden.

Her feelings of isolation were reinforced by periodic, panicked visits to the emergency room. “The first few visits all saw the same pattern — I was a diagnosis, passed from hand-to-hand until discharge,” she wrote.

Then, when Kate was in 11th grade, a chance comment by an emergency medical tech about her colorful sneakers sparked an idea. She deliberately ordered oversized, multi-colored shoes. These “gave me a talking point with my providers and a reputation in the emergency room,” she wrote. “With every new diagnosis and treatment, the sneakers became louder.”

Shoelaces were soon replaced by scraps of cloth, and Kate splashed the shoes themselves with neon paint. Gradually, she emerged “as the goofy kid with the weird sneakers,” not just a “patient” — and her care changed. For example, nurses took more time to be gentle while inserting an IV. And, of critical importance for someone with a complicated medical history and multiple medications, “Doctors were willing to hear my whole story and not just a summary. When I had my shoes, I had my voice.”

Kate, often too sick in high school to attend classes, is now pursuing a master’s degree at the University of Oxford.

2. Appeal to the physician as both scientist and healer

To paraphrase the famous Michael Jordan commercial, what turned the tide wasn’t just “the shoes.” Kate and her parents also painstakingly assembled a spreadsheet for her doctors that tracked her symptoms and the effects, good and bad, of treatments.

“Data has power,” Kristina Sheridan, Kate’s mom, told the meeting. (Kate was in England.) “We produced this chart from her voice.”

The strategy of explicitly appealing to the physician as both scientist and healer — to logic and emotion alike — is what saved Doug Lindsay’s life.

At age 21, the outgoing Lindsay suddenly found himself barely able to sit or walk, with symptoms resembling a severe case of chronic fatigue syndrome. Confined to a wheelchair, he dropped out of college.

As an article about his predicament put it: “Sick, the guy who never had trouble finding an audience couldn’t get doctors to listen to him.”

Nonetheless, Lindsay began reading medical textbooks, until he came upon a disease of the autonomic nervous system. Fourteen years after his life was shattered, and now a strong-voiced advocate, Lindsay told the audience about his arduous journey.

The starting point was enlisting physicians and researchers as collaborators in, first and foremost, pinpointing a diagnosis. In this case, that turned out to be an adrenal gland hyperactivity known to affect just 32 patients worldwide.

The next step was finding (or, as it turned out, Lindsay actually helping his doctors invent) a possible treatment. Finally, and perhaps the hardest job was enlisting a physician to perform a largely untested surgery.

Each of these tasks took years. Although Lindsay’s painstaking research won respect, persuading doctor after doctor to accept the difficult challenge that addressing his illness posed remained a constant struggle. Eventually, Lindsay realized that if he wanted empathy and support from physicians, he had to provide both in return.

“I had to show them I cared about the position I was putting them in,” Lindsay related. “I had to tell them that if they failed me, it would still not harm their self-concept as healer. [I had to tell them], ‘You can help me. It’s within your power.’”

Clinicians know, of course, that they sometimes have an empathy deficit. In 2013, a Cleveland Clinic empathy video that quietly showed what we don’t see on the inside of the strangers who surround us in the hospital and clinic became a surprise viral hit, bringing tears to the eyes of many who viewed it. Two years later, MedStar Health’s “Please See Me” video emotionally captured the need for open and honest doctor-patient communication.

Still, overstressed providers too often that interferes with their ability to empathetically listen to patients. One possible aid, voted “most patient-centered” at a health tech meeting held in concert with the SPM conference, comes from a company called PatientWisdom.

Founded by researcher Gregory Makoul, PatientWisdom’s mobile platform lets patients share their stories them in a manner that’s summarized for the entire care team via the electronic health record. Headings include, “This makes me happy,” “Health priorities/goals,” “My agenda,” “Biggest barriers to staying healthy” and “What I wish my doctor asked me.”

Said Makoul, “PatientWisdom has found the sweet spot between digital and personal.”

Separately, a group of patients working with the Society to Improve Diagnosis in Medicine is developing an online toolkit designed to communicate to doctors based on the logic they’ve learned in medical training. That toolkit, says kidney cancer survivor Peggy Zuckerman, has a chance to break down communications barriers.

It “helps the patient tell his story … in a way that might get the doctor to hear your complete story,” she concludes. 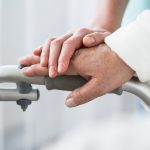 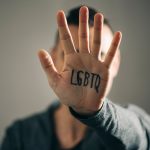