In the emergency department, we see them all the time.  The person with a medical problem too serious to ignore, but not quite bad enough to require admission.  The patient referred to the specialist who comes back to the ER. “I couldn’t afford the cash upfront.”  The new cancer in the uninsured.  The pneumonia without a doctor.  The homeless not eligible for Medicaid.

The senior barely able to stand, but whose “numbers” aren’t that bad and whose problem “looks chronic.”  The broken pelvis that can walk only barely, but lives alone and won’t have much home health care.  The schizophrenic who by all rights should be institutionalized, but can’t be: “It would violate her rights.”

The patients of whom the potential admitting doctor says, “What can I do differently in the hospital?”

Point taken.  What can I do differently in the ER?  Well, first of all, I have to see them. Often the people who can’t admit them sent them to the ER in the first place.   Second of all, I (and many of my colleagues) end up keeping them overnight just to make sure they make it till dawn.  Just because we’re afraid to send them home, knowing that odds are good they’ll return with an actual reason to be admitted.  Return with a subdural, a hip fracture, a successful suicide, a spouse or parent beaten black and blue.

Some of us remember the days when our gut mattered.  “I don’t feel good about sending them home …”  We called them “social admissions,” and everybody knew what was up, and we made it work.

Those were the days when we didn’t live and die by decision rules and utilization review, by whether or not it was billable, or it would make the insurance reviewer spew fire and brimstone.

But now there isn’t even the social admission.  These people are adrift.  And I don’t know the answer. And before anyone throws up their hand and yells, “nationalized, government-run health care!”, remember that it’s Medicare that often kicks the old to the curb so that they struggle with pain or infirmity before they can achieve their magical “three days inpatient admission” and qualify to go somewhere else for a while. And in nations with nationalized care, there are long waits and sometimes horror stories.  Not always, but I fear it’s growing.  The honeymoon is over.  If you don’t believe me, watch Europe and track health care availability and spending alongside immigration.  You can only make so much money go so far.

Government isn’t always the answer, any more than the market always is.  I’d bet more on the markets, but nothing is perfect.

What do we do?  I was wondering about this.  Especially about the old and weak, or the young and poor.

Maybe we need to go back to the model of the medieval monastery. It wasn’t a hospital the way we think of it, but it was a place the sick could go, if only to die in some dignity, with someone loving them, someone praying over them and keeping them warm until they passed from this veil of tears.

I think we need something between the home and the hospital, with a little “Motel 6” thrown in.  A place where grandma can be watched lightly and helped on her feet until we have a plan.  A place where the depressed can talk without being committed.  And honestly, in addition, a lot more hospitals where they psychotic can just live and the profoundly depressed can stay longer than their insurance would have allowed.

Is this a new mission field?  Because the hospital system as we know it is completely overwhelmed and unable to reach those who aren’t genuinely, verifiably, sometimes fatally sick.

All I know is that too many are adrift.  I see them as they drop anchor in the ER  now and then, for a while, then head out again.  Sure, some a drug seekers, some are manipulative. But some just have no other port in the storm.

The storm is raging.

Where will they find safe harbor?

"I did not want a baby": A medical student faces her hardest choice 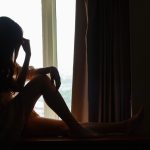 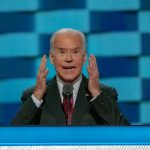