I did not want a baby.  As a 26-year-old third-year medical student who had quite recently ended a far from ideal relationship — of this, I was certain.

On vacation, in New York City, walking in Soho carelessly, I laughed with my friend Noelle over the fragility of condoms. “Trust me,” I said. “They break.”

How many months in my sexually active life did I apprehensively count and recount the number of days until I would truly be late by my own quirky irregularly scheduled body?  And that was back when I was careless and unthinking.  Like many “lucky” girls, I began to think that I was infertile. But now, I hadn’t even been thoughtless or stupid.  I had merely been unlucky.

My body seemed to begin to elude me. Small foreign twinges twanged inside the lower right part of my belly.  My breasts softened and grew. My mood was unstable. It had only been seven weeks since my period.  These feelings could not be real. That is at least according to the books that lay open and splayed across my bed, revealing chapters with titles like, “the diagnosis of pregnancy.”

So I did it. I got into my little red Nissan in the brisk late November New England air and drove to the 24-hour drugstore.  However, before entering the painfully neon shop in my sweatpants, snow boots, and unbrushed hair, I fumbled with the silvery rings on my left hand until one of them was planted gently on my ring finger.  God forbid the late-night cashier should surmise the mess that I am in.  I smiled as I paid, just in case she missed the ring.

At home, my hands shook as I emptied the contents of the bag onto the counter and fumbled for the directions.  They assured me that it would be simple and quick. Since when did a blue stripe become so much more than a partial description of my brother’s sweat socks? The instructions said it could take minutes to see the result. They did not say that when it’s positive, it may only take seconds.  There must be something wrong.  A defective test. A false positive.  I will go back to that store. Screw the cashier!

This time, I wait for the honk of my friend Catherine’s boyfriend’s pickup truck.  I bundle in next to her and into her arms.  Mark is silent at the wheel, hesitant to be a part of our intimate endeavor.  But, he drives stoically, which is what I need.  She comes with me into the store and into my apartment.  We watch the shock of blue appear together, and she hugs me for a very long time before she goes.  I know that I can’t handle this one alone, so I call him, the other author of this tale. “I’ll be right over.” He is ever available in a crisis, rarely otherwise.  I just need to be held, hushed, and listened to even if it is temporary.

I was pregnant for nine days.  The attachment was immediate.  I never even imagined a baby. I was attached to the little seed growing daily inside of me. I felt fertile and lush in the garden that my body had become.  The night before the abortion was Thanksgiving eve.  I drank a glass of wine at my friend Brenda’s home in Connecticut and felt guilty for the potential harm to a child who would never exist.  I did not cry much before the procedure, but the tears would come.  The tears came with the physical pain of the abortion, with the coldness of the doctor, who told me that at my age, I should not be sleeping with men with whom I did not want children. She told me to stop hyperventilating when I reacted badly to anesthesia injected into my cervix.  The nurse in training attempted to soften the blows with a gentle pat as I lay contracting in pain.

But the real crying began over Christmas break.  My family was vacationing in Lake Tahoe.  As a medical student, I knew enough to diagnose myself with a very real, even if hormonally induced, depression.  We sat around as we usually do, chatting and eating — my brother, nieces, parents, and pregnant sister. But I couldn’t connect.  All that I could feel was a vast emptiness. The kindness of my friends, my sister, my ex, vanished into the center of my body. The cramping didn’t last, but for weeks I found spotting as I tried to focus on my hospital rounds. Each trip to the bathroom left me in tears as I was reminded of what I had lost. It was not logical. I did not want a baby, of that I was clear. I knew that I could not provide emotionally or physically in a way that a child deserved. But during those nine days, I had felt a connection to my body like never before. I had stopped looking at myself and evaluating my body as some kind of object to behold, and had begun to pay attention to the wonderful dynamic nature of my physicality. I had learned to listen to my body instead of judging it. I had also learned that one day, I would want to carry and then nurture a child to adulthood. Even with the sadness, I was able to feel optimistically that this experience would help me to be a better parent when I was ready.  What I had found, by feeling so deeply connected to my body, was a kind of self-acceptance based on my very humanity.

How to structure financial incentives in our health care system 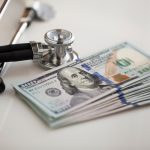 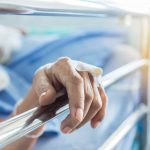 “I did not want a baby”: A medical student faces her hardest choice
2 comments