Dr. Ryme had been retired at least thirty years from medicine when he met me, his last pupil. I was a freshly minted doctor, and he became the first teacher of a new course at my new school called “Life as an Independent Doctor.”

He paused. I searched frantically for something to say that might be a worthy answer.

Dr. Ryme was not the type of man to ask a frivolous question. He did not waste his breath. He was 96.  His lungs were so bad that he had been using oxygen for almost a decade. He had founded a clinic in South Carolina after medical school. When World War II interrupted his career, he met his wife in Europe. They had three children and twelve grandchildren. He now lived with one of these granddaughters in New Hampshire.

Dr. Ryme gave me the answer before I could come up with anything. “Being an attending physician means that you are supposed to attend. Don’t just do something; stand there. Attending physicians attend.”

We were both quiet for a moment, then he said, “I have a great heart murmur. Want to hear it?”

I remember his lesson to this day. When I have a panicked patient who can’t breathe, or who is in terrible pain, I first attend. I slow myself down and make sure that when I act, I am not just doing something, but doing something attentively. I try to think of what the patient really wants two months from now, two years from now. I ensure my actions are pointed towards that patient’s long term goal. Sometimes this means the best I have to offer is just being there.

I think of Dr. Ryme telling me to attend to the patient when someone whose blood pressure is too high requests that I give them one more month to try lifestyle modifications before we commit them to a pill. Attending to the patient, in this case, means ignoring the guidelines, understanding full well that their insurance company will note my score for “percentage of hypertensive patients whose disease is controlled” is not be as good as it could be. I am choosing to attend to the patient and not the numbers by which people other than the patient evaluate the patient’s care.

At other times, the pressure to do something is overwhelming. Human nature seems to think that action is preferable to inaction. As people age, medical interventions become more burdensome on the patient. Side effects that would be minor in a fifty year old can be fatal in an eighty year old. This makes it even more important to remember to balance the risks and benefits of the intervention considered in light of the particular patient, to attend to their wishes and desires.

I attend a lot of things these days: recitals, movies, lectures. But none of them is more important than attending to the person in front of me. 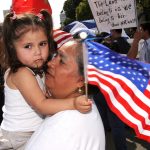 Taking away a senior's smartphone is a complicated issue 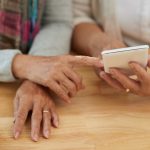