My energy level was plummeting as Mrs. Jones explained how much her shoulder, her knees, her back, her belly, her head, hurt. She was worn out.

“And I don’t ever think I’ll feel better. I’ve felt like this for so long and I think I’ll always feel like this. I’m so sore. And so tired. And my family doesn’t do anything to help. In the evening after I’ve finished making dinner, I ache all over, especially my ankles. They hurt the most.”

I realized we’d come back to the original theme, but now with new body parts. I was utterly overwhelmed. I can’t imagine how I could make any of the first set of pains better, and now she was starting on a second chorus. I had to stop this before she got to the verse again and then moved on to telling me about her painful pancreas.

“Mrs. Jones. That sounds awful. I don’t think we can focus on all those problems today. Which one bothers you the most?”

“Oh, my shoulders, they hurt so much, especially when I move my wrist like this and I can’t bend down because my knees hurt and you’d think my husband or my children would wash  the kitchen floor for me, but they’re only interested in their video games and sports and …”

That didn’t go as planned. I was feeling more and more despondent myself. Not only would I never be able to help this woman feel better, but I’d never be able to get her out of my exam room. I’d have a whole day’s worth of patients lined up in the parking lot, waiting for my assistant to bring them in. They’d be running their engines to keep warm and some of them would probably have to drive off to the gas station to fill up again, and I’d be working until ten tonight to get them all seen, and I’d not be able to help any of them, just like I couldn’t make Mrs. Jones any better.

A tiny realization crept up from my depths: You are feeling depressed! You weren’t before you started talking with Mrs. Jones. Maybe Mrs. Jones is depressed! Maybe all of these pains are symptoms of her depression. Maybe you should screen her for depression.

A quick screen for depression consists of two questions: Is there anything you’re looking forward to? Do you have hope for the future? If people say no to both of these, I usually follow up by asking them if they think they might be depressed. Officially, the next step is to pull out the PHQ-9 and ask the person all the diagnostic criterion of depression. I sometimes do this, but I have fifteen minutes to do everything I’m going to do with the patient and spending three or five of those precious minutes asking people to choose “sometimes, often, never, always, almost every day” over and over seems like a lot of time to learn what we both already know.

As I consider these two questions, not just in the exam room with Mrs. Jones, but in general for myself, my family, and everyone I know, I think we’d almost all screen positive.

Is there anything you’re looking forward to? I’m not sure. I was looking forward to my daughter’s graduation, but it was only two people per graduate, so it really wasn’t that much fun, and still there were so many people there. I was so worried; I’m not sure if it was worth it. And they didn’t know until the very last minute if they were even going to do graduation; they kept saying they might cancel it. It made it hard to get excited about it. I wish I knew if this will ever end so I could know what to look forward to.

My sense is that almost anyone I asked these questions of in January 2022 would screen possibly depressed, and I’d be asking them, “Do you think you might be depressed?”

Sometimes I can help the Mrs. Jones of the world to adjust their thinking, sometimes medications or therapy will help a little bit, sometimes I don’t have much to offer except a calm respite for fifteen minutes every three months.

I need to consider deeply that sometimes depression is a notification that the old patterns are not working, and I need to adjust my beliefs and expectations for the world I am in. 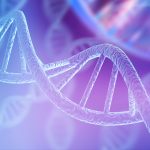 The patient who just wanted to be heard