It took me decades of studying, training, hard work, and sleepless nights to become a doctor. In approximately five years, I became a successful writer, editor, columnist, and a whole array of other titles assigned to that type of work. In under 3 seconds, I became a chronic pain patient for the rest of my life.

Around this time last year, I was taking my two dogs outdoors when they spotted a squirrel and took off after it. I was pulled off the porch at the end of a leash with my body fully extended in a superman pose and landed on the hard ground in a way that caused a displaced, comminuted proximal humerus (shoulder) fracture. I admit this was the worst pain I ever experienced in my life. My previous notion of 10 out of 10 pain on a pain scale was disrupted and caused me to doubt our whole system for evaluating it. I learned much about acute pain in the next few days and about the shoulder joint. You can’t shift your position or take a deep breath without your shoulder moving, and bringing with it excruciating pain any time I inadvertently did any of these things.

Initially, I was discharged from the ER on heavy-duty pain medications, oxycodone I believe, but these caused intractable vomiting, which of course flared the pain. I ended hospitalized for three days for dehydration, intractable pain and vomiting while waiting for my shoulder surgery, a new high tech titanium plate which I was assured would help my shoulder heal quicker and more completely. Without the surgery, I was told I may never be able to raise my dominant arm above 90 degrees again.

Anyway, most people experience acute pain at some points in their lives and, while the pain was unbearable and brought me to tears many times a day, it was not unexpected from this type of injury. What I didn’t anticipate was what followed and my gradual evolution into a chronic pain patient. Chronic pain is so much more than just physical discomfort. It is an emotional ordeal as well, and unless you’ve been there, you don’t get it.

I remember getting my sling off after four weeks of wearing that torture device: it is not so cute as it appears on TV or in the movies. It is sweaty, and your arm gets stiff. Once I no longer needed it,  people immediately started asking me if I was OK and my shoulder was normal then. Well, that was just the beginning of my journey. After almost eight months of brutal physical therapy, I estimate that I’m 98 percent back to normal, in motion anyway. However, my shoulder will never be normal again: It has a titanium plate screwed into the joint with ten screws, the biceps was cut and reattached to the bone in a non-normal anatomical location, and I will always have some degree of pain. Some days, I barely notice it and keep going. Other days, I dream that I am crying because my shoulder hurts so bad until I wake up and find myself in tears because my shoulder indeed hurts that bad. What do I say when anyone asks if I’m OK now? I suspect I do what most other chronic pain patients do: I say yes. It is just too hard to explain, and the ones who ask really want you to just say yes. They are not prepared to hear anything else.

What did I learn about chronic pain?

People don’t have patience for your pain. Sometimes they don’t even believe you are in pain. After all, my injury was almost a year ago so why should I still in pain? They don’t get the fact that pain can linger. My orthopedist told me my pain is probably from the metal plate rubbing against the soft tissues when I move it. It most likely is going to be there the rest of my life.

Even though your joints or body doesn’t work the way it used to, people still expect you to do the things you always do. I remember returning to work after I got my sling off at my 4-week follow-up. One patient berated me for taking a month vacation and how it inconvenienced her, even though there was a covering doctor in the practice and despite the fact that my arm was still pretty dysfunctional.

You don’t know what you can’t do it until you actually can’t do it. I still can’t swim. My shoulder is just getting back to making that full rotation. If you measure it, the range of motion is close to normal. However, I still feel the weakness in it, and it is not where it was before. There were times I would sit in my car crying because I couldn’t do something I needed to do. Did you ever try to push a shopping cart with only your non-dominant arm? Even though I was broken, I still needed to buy food. Lifting grocery bags out of a shopping cart and placing them in the trunk was a regular ordeal. It sometimes still is. I used to love driving but now driving sometimes hurts. Sure, I can do but it often simply hurts.

You can’t control it. There may be a special event where you absolutely need to be. Yet, that day may be the day your pain attacks you with a vengeance.  People again don’t understand that you may not be at your best or even annoyed that you are not at your best. Yes, I can smile and say I’m OK, but it doesn’t mean that I actually am.

Pain is exhausting. The days that hurt more, I get much more tired. It is difficult to force yourself through the pain. It is harder to do simple things that shouldn’t require any effort.

Chronic pain is emotional. It is very easy to become depressed. When I find something I can’t do, I often just cry. I don’t like to ask anyone for help. And I don’t take pain medications because of the awful side effects they give me. So, I just endure. When Thanksgiving rolled around, I tried to pick up a turkey in the grocery store. I was simply unable to carry that much weight. I abandoned my cart in the store and sat in my car weeping. Every year, I’m the one who cooks the turkey. I felt rather humiliated to tell everyone that I was unable. They were all very gracious when we all went out to a grand buffet, but I felt that it was not the same holiday as we all celebrated.

Over the past year, I’ve improved remarkably. I’m now lifting weights again, very minimal presently, and I feel my strength returning. However, the pain is always there. Most of the time I’m able to cast it out of my mind, but when it rears up its ugly head, I cannot control it. It often happens at inopportune times. And I must submit to it because I’m given no other option.

The CDC tells us that there are over 50 million people in the U.S. living with chronic pain, and I am now one of them. In all the accomplishments of my life, overcoming pain has been the hardest, and I expect the one goal I will never reach. There are all sorts of inspirational quotes for overcoming pain, yet none of them really speaks to or for me.  No one can truly understand my experience of pain as I can not appreciate what others really feel. Perhaps, the best we can do for people in chronic pain is meaning it when we ask someone about how they are and not just doing it out of etiquette. And we should care about others’ pain even if they say they are OK because one day we may not be OK. I know, it happened to me in seconds. 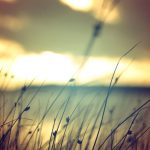 Work hard now, enjoy later. Is it time to rethink that? 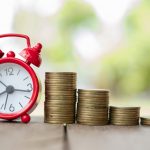