A piece of advice I would give to any younger physician, especially one who is just graduating residency, would be to expect a whirlwind ride into the realities of frontline medical practice. It’s something that you are totally not prepared for in the controlled environment of education and residency training. A steep learning curve awaits you once you start practicing medicine. And one of the biggest things you will have to get used to, that you’ve likely been completely shielded from, is the difficult relationship that many physicians feel with their health care facility administrations. Realistically, there isn’t a profession out there in which this conflict doesn’t exist between the frontline “worker bees” and the administrative guys in suits. That’s an inevitability in any large organization. I remember a colleague once telling me this when I was a medical resident, and I didn’t really understand how true it would be.

Having worked in at least a dozen health care facilities since finishing residency, and even held administrative positions myself, I have seen at close quarters how things work in health care. There is something uniquely uneasy about administrative clashes that occur in medicine though, when clinical care comes up against pure business thinking. Let me be clear, I don’t think administrators, guys in suits, bean counters — or whatever else you wish to call them — are bad people. They have been trained to do a job, and are doing it. I have worked with some good ones, but also bad ones. Some, even including a few CEOs, I’ve been pretty shocked with their organizational and communication skills, that they’ve reached the heights which they have.

Working in clinical medicine, you see a full range of personalities within any physician group. I was actually having a conversation with a friend and colleague recently, and we were talking about the experiences of the group, in one of the hospitals I’ve worked. That group is fortunate to include some very strong personalities who are also exceptional, experienced physicians. We came to the conclusion that the sole reason why that remained a good place to work, and administration had largely “laid off” them over the years, was because of these doctors (in other words, alpha personalities who gave very strong feedback and pushback whenever it was needed). They were the yin to the administration’s yang.

I’ve seen similar situations in other hospitals. Those with strong physician voices (especially leaders within the group), were always the best places to practice medicine. The converse sadly, has also been true.

I worry when I see some of the newer generation of doctors coming through the system, that they’ve been trained and exposed to health care in a different way, without any independent physicians as role models (it was very different only ten years ago when I finished residency). So if I were to advise any young doctor right now, it would be to never feel afraid of giving pushback and standing up for what you believe. Be the best doctor possible, confident in your clinical skills, and a fierce advocate for your patients. Do not be intimidated by administrators. You have a skill set that is needed and in-demand (your job is more secure than theirs is). This does not mean being rude, unreasonable or obstructive. It just means standing up for yourself, your specialty and your profession. Without that counterbalance, you (and your patients) will be eaten alive.

In life in general, nothing has ever been achieved by those who are compliant, submissive and mindlessly follow whatever is thrown at them from above. Strive to be the trailblazer and the man or woman who challenges authority when needed. The person who everyone knows not to mess with. (Or to be more crude, always give off the “Don’t f### with me vibe.”) They are the people that hold the house together and you don’t tread on. And they are probably the reason why if you work somewhere good with nice conditions, it became that way in the first place.

Pulmonary embolism: the killer clot in your veins 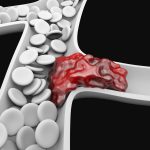 10 tips for success after you finish residency 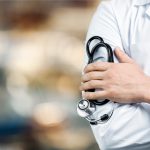 Physicians: Do not be intimidated by administrators
6 comments