We had just exchanged “I love yous” about 15 minutes before the intercom blared: “Code blue.”

Just like that, my sister was gone — all from what seemed like a simple knee surgery. Simple in the fact that the type of surgery my sister was supposed to have had that fateful morning was an open reduction and internal fixation (ORIF). Thousands of these surgeries have been performed every day. But something was traveling in her blood more deadly than the “simple” surgery that the doctor wasn’t prepared for.

Eight days passed her injury, my sister laid there on the stretcher, sedated, and was unaware of what was about to happen. Then as fast as the doctor had made her first incision, my sister’s blood pressure dropped and was never regained. A blood clot from her injured knee had broken off and quickly went to her lungs. Her increased weight, family history, decreased mobility, and hard fall that had left her patella broken down the middle, had placed my sister on the radar of one of the fastest killers known: a pulmonary embolism (PE). A PE is a blood clot that has traveled from its origin, likely a vein in the leg, and lodges in one or more arteries in the lungs. As in the case with my sister, If the right intervention is not prompt; a PE is likely fatal. She barely surpassed her 37th birthday.

A year later, my sister’s life-long friend would suffer a PE after having abrupt shortness of breath, in which the doctors had placed her on life-long blood thinners for at that time. Unlike my sister, she did not suffer any trauma, didn’t have a planned surgery, nor a decrease in her mobilization. Instead, Roshaunda was a registered nurse moving about 12 hours a day on a busy medical unit in a large hospital. An avid traveler, she had been told she possibly developed a PE from long plane and vehicle rides. Roshaunda had also been advised that her obesity could have been a contributing factor as well. Four years from her first PE, and exactly five years from my sister’s death, Roshaunda suffered another PE. This time her fate would be different.

According to the National Blood Clot Alliance (NBCA), 274 people die from blood clots on a daily average. That’s over 100,000 people a year. Some of the risk factors noted by the NBCA are hospitalizations, major surgery, injury to a vein from a broken bone, obesity, family history, and severe trauma. Risk factors are those occurrences that increase our chance of developing a particular disease or injury. As stated above, my sister had several risk factors: a broken bone of her lower extremity, inability to ambulate without crutches and severe pain, which caused a big decrease in her overall mobility, BMI of 30, and not mentioned above or by the NBCA was a known history of Cushing’s Disease. There’s a generous amount of research studies that show patients who suffer from Cushing’s has an increase in certain clotting factors, which in turn increases their risk of developing blood clots. Because of her circumstances, I had been aware that my sister could have developed a blood clot. She was aware too and had discussed this concern with her surgeon. But why weren’t the doctors and the “trained” medical staff?

Here’s why: Most screening tools are geared toward patients after surgery or during hospitalization. Though there are many screening checklists available, the majority of health care professionals don’t apply them to outpatients, patients who are up-and-about, non-hospitalized or non-surgical patients. Because my sister had not been hospitalized, but instead was on an outpatient basis, moving about on crutches and had not undergone any surgical intervention at the time, she slipped through the cracks. “She was so young, and this had never happened before to someone her age having this type of knee surgery.” So her shortness of breath before being prepped for surgery was mistaken as her “crutches wearing her out.” If a possible PE had been anticipated, and appropriate intervention done — like a CT scan of the chest, venous ultrasound of my sister’s lower extremities, or some form of initial primary prophylaxis — maybe that deadly clot could have been arrested before it wreaked its havoc on my little sister.

The NBCA states the most important thing a person can do to prevent a clot is to learn if they are at risk. I agree that learning your risks is a crucial component of preventing any illness or disease, but it’s only a piece of the puzzle. When in our care, educating our patients and the community is our responsibility. Our patients shouldn’t be left to Google disease processes or possibilities. We should instruct them on possible risk factors and available measures in order for them to make informed decisions.

To ensure we’re equipped to educate our patients on life-threatening occurrences, we as medical professionals must first be trained and have accurate knowledge. Not enough nurses, clinicians or physicians seem to be familiar, understand blood clot screening tools, complete risk factors or signs and symptoms of blood clots.

The ones who do, like with my sister’s doctor “never see it as happening to their patients” despite the high number of daily incidents. The nurse who cared for my sister on that fateful morning, though being employed by a surgical center, openly admitted that she had never laid eyes on a screening tool for clots, nor was she that familiar with signs and symptoms of one. Maybe if she had been, the outcome might have been different. I guess that’s one of those grey areas we often deal with in our profession. As I heard one doctor say before:  ”Nothing is ever certain in medicine. The only thing we can do for our patients is to educate them and decrease their risks.”

The allure of complementary and alternative medicine 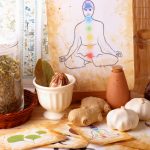 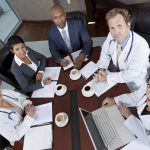