Yesterday, I went into an exam room to print out some orders for a patient who needed to get his labs done at an outside facility.

Due to his insurance, he cannot get his labs drawn in our office during a scheduled appointment, but must do it at one of the laboratories that his insurer has contracted with.

Not a terribly big deal — this used to be a much more common problem, although it does create a bit of a conundrum when we try and look for his old labs in the electronic health record (EHR) and they are not under the laboratory section, but scanned in the media section. Someday that problem will be fixed, when we can get all the systems to speak to one another, and speak the same language.

But what happened in this case was I sat there staring at the printer, waiting for the paper orders to come out.

The printed orders included the labs I wanted him to have done, the appropriate ICD-10 codes, and all the relevant demographic information for the patient and information needed about me for appropriate billing by the lab. But nothing happened. No whirring of the motor, no scrolling of the paper, no laying down of the ink. Nothing.

I checked the paper trays, the connections between the computer the monitor, the printer and the computer, the data jacks and power plugs in the wall, and all seemed to be in order. Silence.

Someone had stuck a Post-It up with suggestions about how to reboot the process, something about resetting the buffers and clearing the queue (basically turning the printer power off and on again …), so finally, instead of moving to another room, I tried that.

Now we begin to get some action. Unfortunately, what came spewing out of the printer was a compilation of everything that had been sitting in that queue for the whole week. After Visit summaries, printed prescriptions for durable medical equipment, e-prescribing receipts, copies of patient education materials, someone’s PowerPoint slides from a presentation they’d been working on.

And then, there came the orders for my patient, just as I’d hoped they would, printed on two pieces of paper which I was then able to fax to the lab.

But what should I do about the rest of the stuff? And what had happened to the other providers who had been waiting patiently but had to walk away empty-handed?

We’ve all abandoned the printer in one exam room and gone on to another, become frustrated and handwritten things on prescription pads that we still have stuck away in the back of our drawers, or told patients we’d “send it to them later.”

Was it really so terrible that the patient had never received their after visit summaries which documented what labs had been done, what consults had been ordered, and all the rest?

To be perfectly honest, I think most of this paper is a waste of time. Printing a prescription that is a copy of an electronically prescribed medication seems to defeat the purpose, and kills a lot of trees with no clear benefit to anyone.

Sure, occasionally patients say they want to take the receipt along with them when they leave the practice. It acts as a little bit of a comfort for them, reassurance that the magical e-prescription really went through, so that they can show it to the pharmacist when they arrive and say “See, Dr. Pelzman said he sent it over, here’s the proof; now give me my medicine.”

But should we be faxing and printing in this 21st-century healthcare system?

As we move forward, we can only hope that we figure out a way to electronically transmit orders right to the lab no matter where they are, and that they won’t have to call and say they never received the fax, so please re-send it.

I know everyone’s working really hard to make all these systems work together, so that labs from an outside facility are seamlessly meshed with the ones the patient had done in a downtown emergency department and in our office here, so we are comparing apples to apples.

And since we live in a world where we can prescribe chemotherapy and powerful opiates with the click of a button, why do I have to print a paper prescription for incontinence supplies, gauze, and a rolling walker? I know the durable medical equipment suppliers are worried about fraud, but if this works with medicines, why can’t it work with everything else?

As we work to build a more patient-centered system that cares for patients, we need to not forget about the providers, the doctors who are battling with this flurry of paper, all these forms, when all they really do is get in the way of what we are trying to do, what we really love: taking care of our patients.

Our patients have a function-filled patient portal that allows them to query us with ease, request appointments, and refills, and get their lab results from our practice.

And we are creating a telehealth system which will allow our patients to receive care from the comfort of their homes when they’re feeling sick, or be seen for simple care issues right from their workplace to avoid leaving work to travel 2 hours to get here and back.

Perhaps we can do the same for our providers — remember to not leave them behind, to make their lives easier as they continue the challenging and often stressful work of caring for human beings.

Maybe the EHR developers can build a portal for us to send labs to Quest and LabCorp; home care orders and work or school forms to outside agencies; and prescriptions for diapers, wheelchair repairs, and shower grab bars to durable medical equipment suppliers, without standing by a printer waiting expectantly — and sometimes in vain — for something to appear. 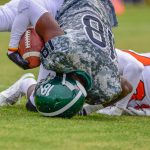 Travel during residency: perspective of a resident's spouse 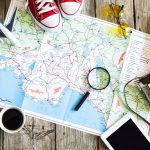