The best lens for reflection is to be immersed in the places and people that spawned those memories. Why else would reunions matter? Twenty years after we graduated the Yale School of Medicine, I found myself on campus embracing my classmates again. But it didn’t take long before I felt something creeping up behind the celebratory mood. Amid storytelling and laughter, I couldn’t help reflecting on some of the more difficult parts of my journey there.

I’m still not entirely sure how it was that I was accepted to Yale. I experienced academic success as an undergraduate at the University of Arizona while jumping through the requisite hoops of research and volunteering. I also benefited from being the son of a surgeon, which allowed for an early focus on becoming a physician. That said, I recall an embarrassingly naive sense of confidence that would lead me to apply there for early decision.

In designating Yale as my early decision school, I was forbidden from applying to other institutions until a decision about my application was rendered. The majority of schools had rolling admissions policies, which meant that most spots are gone for applicants late in the cycle. If I was rejected at Yale, I might not be accepted anywhere.

Why take such a risk? In researching medical schools, it became clear to me that there was something very different about Yale. The “Yale System” professed that the practice of medicine is collaborative, not competitive. Students historically learned in an environment where there were no grades, no tests, and no class rank. Instead, students were expected to learn with and from each other, not at each other’s expense. By demonstrating how much I wanted to go to their medical school, I hoped they would take a chance on me. It paid off, and I was accepted to the Class of 1999.

I recall an early meeting in the auditorium where the admissions director gave an accounting of our small, hundred-person class. Roughly two-thirds were standouts from the Ivies, Stanford, Berkeley, MIT and the like. Several already had PhD’s. They had survived wars and cancer. They had started foundations and flown fighter jets. They were star athletes and accomplished artists. They had published papers and won prizes. In one way or another, many of them had already made a mark on the world.

My hubris at being a state school superstar mostly stemmed from my serial procrastination that was mitigated by pulling all-nighters and acing exams. As excitement gave way to the monumental task of learning to be a physician, I noticed that my peers’ questions were articulate and insightful. Their answers to instructors’ queries were mature, demonstrating deep understanding of the subject matter. In comparison, I felt childish and lost. I tried to study, but unlike college, there was no assigned reading material. Without being told what to memorize and regurgitate, and in the absence of a looming exam that actually mattered, I floundered.

We had “optional” exams so we could gauge our progress, but they were anonymous and didn’t count for anything since there were no grades. Paradoxically, my classmates studied harder than I had ever seen anyone study before. By the time our first “exams” came, New Haven had grown grayer and colder. My scores, which no one knew but me, were abysmal. It was a secret, devastating academic failure. In its wake, I remember sitting at my desk, anatomy books open, staring out the window of my dorm room. I wondered if I had made a terrible mistake.

That’s when I decided to ask for help. I reached out to my classmates. I asked what books they were using. I asked how they studied. Someone taught me to make a reading schedule. I adopted a classmate’s policy of passing on social events unless I had completed my day’s tasks. If I didn’t understand a concept, I would ask a colleague that did. What better person to ask a question about neuroscience than the guy who already had a Ph.D. in neuroscience from Stanford? I shadowed my studious friends, plopping down my books where and when they did.

Slowly but surely, I began to understand how and why to learn. It was not about tests, but about knowledge. In retrospect, what my classmates so generously gave me were the tools and discipline to understand medicine. By the time first year ended, I felt like I belonged. Not just in my grasp of the information, but in my attitude towards being a student physician. It became rooted in the idea that time, energy and effort we invest in our knowledge pays endless dividends for our patients. This concept was transformative and to this day underpins not just my high expectations of myself, but also my students and residents.

The late Yale surgeon and author, Sherwin Nuland, summed it up best during a lecture where he admonished us, “People are going to ask you for advice, to make life and death decisions for them and their families. You better know damn well what you’re talking about!”

Spending time with my classmates at the reunion filled me with gratitude and humility. I still appreciate their investment in me. I’m not sure if they would have been so generous with their support if we were competing for a spot at the top of the class. What good would it have done, there amongst the best and brightest, if they didn’t help me?

Being a physician is a journey of lifelong learning, and no one can chart that path for you. The Yale System allowed me to find motivation and discipline with the support of my colleagues. As physicians, we collectively embrace the endeavor to attain knowledge and competence to deserve the trust that our patients place in us. Without the Yale System, I may never have reached that conclusion. When I tell people I went to Yale, sometimes they comment on what an impressive place it is. I always say yes, that’s true to some degree … but it was the people that mattered the most.

Death threats won't stop this doctor from advocating for vaccines 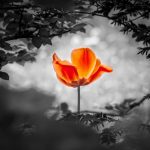 We are OB/GYNs: What you need to know 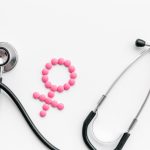