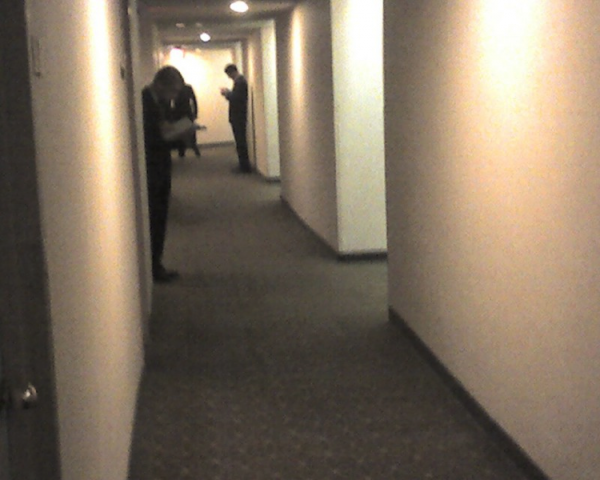 We were instructed not to knock, that the examiners would invite us in when they were ready. Even under the bright lights and unforgiving atmosphere of an operating room emergency, I couldn’t recall being this nervous. Yet today, in the dimly lit hallway of a three-star hotel, my hands trembled without a bleeding patient or sharp instrument anywhere nearby. I glanced left and right and saw other suit-clad candidates standing silently in front of closed doors. They too, were petrified.

My residency director, Dr. Ferguson, was an old-time general surgeon, the type that is becoming a rarity in an age of increasing specialization. He had the ability to treat patients as a whole and operate on just about any of their parts, even in the middle of the night if need be. During my training, he was the person I turned to for advice on a wide variety of clinical problems. His wisdom always seemed more pronounced by his immaculately cinched bowtie and Southern drawl. When I was frustrated by life as a surgical resident, he would often say, “Feinstein, it’s not hard to do surgery. It’s hard to get to do surgery.” I never realized how true that statement was until I took the American Board of Surgery Certifying Exam.

Established in 1937, the ABS is an exclusive group of surgeons composed of department chiefs, textbook authors, technical masters and surgical pioneers. Their website states “its principal objective is to pass judgment on the education, training and knowledge of broadly qualified and responsible surgeons …” They accomplish this by meeting several times a year to run candidates through a grueling, one-and-a-half hour exam known as the “oral boards”. The board expects the examinee to be capable of describing in detail the safe management of just about any surgical problem.

Some would argue that, as the older generation of general surgeons retire and yield to increasing specialization, such an exam is becoming outdated. The majority of candidates will ultimately seek further training, confining their practice to a smaller subset of diseases and operations. Still, there are those that maintain that a broad knowledge base is necessary to form the sound judgment required for all surgeons, no matter what type of patients they eventually wind up treating.

Consider what it takes to even be allowed to sit for the exam. Each candidate has a minimum of four years of medical school followed by a five to seven year general surgery residency. General surgery training has traditionally been so rigorous, that when residents’ work hours were limited to a maximum of 80 per week in 2003, many programs struggled to comply. If the application is accepted, the candidate is invited to sit for an eight-hour written exam that almost a quarter of them will not pass. Success on this exam, however, deems the surgeon “qualified” by the board, and eligible to sit for the certifying exam, which roughly one in six will fail.

My day of reckoning came recently in Columbus, Ohio. When I entered the hotel lobby the day before the exam and saw the giants of surgery milling about, all hope of passing seemed to fade. Speaking with other examinees, many of whom I knew from training, only made things worse. We had all studied the best we could despite hectic work schedules, but it was never enough. The anxiety was infectious and together we created an atmosphere that bordered on mass hysteria. The only moment of levity came when one friend recounted the airline charging him extra for the overweight suitcase entirely full of textbooks he brought to the exam.

The next day, I found myself in that long hallway staring at a closed door. I began to contemplate the countless hours I spent rendering care in an effort to become skilled at a craft handed down for generations. I had lost the sleep, checked and rechecked my patients, learned from my mistakes, read the books and done everything I could to earn good judgment. Great people and institutions had invested in me. There was nothing to be afraid of. I knew this. My hands stopped shaking just as the door swung open and I was invited inside. I sat across from two accomplished surgeons, answering every question to the best of my knowledge. I would repeat the process in two more half-hour sessions of rapid-fire questioning. I finished describing an operation on the carotid artery when the surgeons in the last room stood up and dismissed me. I wandered into the hallway, stunned. It was over.

I returned to work the next day as if nothing had happened. Later that week, I checked the ABS website between cases. I passed. It’s an accomplishment that transpired quickly and quietly, but somehow I felt different. I still have a lifetime of learning ahead of me, but the American Board of Surgery believes that I am capable and responsible. And by responsible, I know that those old-school surgeons do not imply that I will just be responsible for certain diseases or anatomical regions. No, despite the push of modern medicine, I will be responsible for patients.

I contemplated calling Dr. Ferguson to tell him that I passed, but with a smile I decided not to. I already knew what his reply would be, another one of his favorite sayings. “Of course you passed Feinstein. It’s just surgery.”

Ara J. Feinstein is a trauma surgeon and surgical educator.

What does American healthcare want?

Can coffee help you live longer? 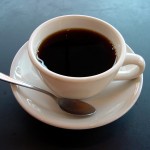