As a trauma surgeon, it’s my job to diagnose and fix the violent destruction of the human body. One of the questions I get asked very frequently is, “How do you deal with that?” My standard answer is, “After a while, you get used to it.”

And while I recognize there is some truth to that, lately I’ve been more honest with myself about the emotional toll that violence is taking on me. What is interesting, however, is that it’s not the violence at work that I found was bothering me. It was the shows and movies I was watching at home.

I first noticed a change in my mood when I was watching Breaking Bad. Like many people, my wife and I were totally consumed by this show. The story, the suspense, the acting: All of it was breathtaking. But the violence was realistic and frequent. There were times that I would watch an episode and find myself unable to sleep at night.

By the end of the series, I began to wonder, “Is this good for me?” We also liked to watch a lot of crime documentaries. The Staircase, Evil Genius, Making a Murderer: All fantastic. But the darkness and sadness of these shows, focusing on the terrible things that people do to one another, were not good for my mood. I was going from working long hours taking care of the victims of violence, to spending my home time watching shows about violence. A turning point came when we started to watch the series The Night Of, with John Turturro, one of my favorite actors. After the first episode, I looked at Iris and said, “This is really amazing, but it’s too dark. I don’t want to watch this anymore.” It felt like a strange thing to say, coming from a trauma surgeon that grew up on Rambo and Nightmare on Elm Street. But it was like an epiphany.

My days at work can be pretty dark, but I’m not alone in that. Even office jobs can leave you feeling exhausted and negative at the end of the day. Ask yourself if you really want to compound that by watching or listening to things that are upsetting. These types of violent media cause an endorphin surge, probably hardwired in our biologic mechanisms to deal with being attacked. But does it make sense, when you’ve had a bad day, to exploit these neurologic pathways?  While they may provide short term enjoyment, what is the longer-term effect of watching media that scares or disturbs you?

Since that realization, I have replaced violent shows with other media. TV that makes you smarter or that make you laugh can also release endorphins. Try Comedians in Cars Getting Coffee. Check out the BBC nature documentaries. Watch people buy amazing homes all over the world on HGTV. Shows that focus on people being kind to one another are also hugely entertaining: We now love watching Queer Eye. The best part is, you can watch as a family, elevating everyone’s mood. Eventually, we canceled cable, because I stopped watching the news as well. No more news in the car on my commute either. Instead, I listen to Sirius XM Comedy. This has done wonders for me. I sleep better. I associate my commute and my couch time with positive feelings. My wife and I laugh a lot more. Of course, we haven’t eliminated all violent media from our lives. We loved Game of Thrones, and I have always been an MMA fan. But it’s not the everyday. It’s the exception.

My hope is that we all become at least more aware of how much negative media we are consuming. Think about how you feel when these shows are over. Was it worth it? It may not be, but it’s easy to find out. Try to reduce your consumption of violent media by watching something fun or positive instead. Specifically, start with what you watch before going to bed. Be conscious of your mood and sleep. Just give it a week or two: Doctor’s orders.

Asking patients the right questions isn't as easy as you think 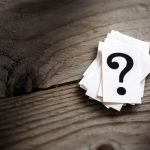 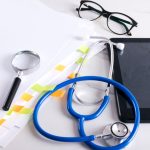 Work getting you down? What you watch on TV might be making it worse.
1 comments