I had just started my shift in the pediatric emergency department.  “This will be good for you to see,” the off-service junior resident said to me, as she sprang up from her chair in Pavlovian fashion. With a surge of adrenaline, I blindly followed a group of nurses and physicians towards the trauma case that had just rolled in.

I eventually ended up in a crowded room of health care workers, each playing their respective role. As a third-year med student, I assumed that the appropriate thing to do at this point was to occupy the most harmless amount of space so as not to interfere with the flow of more useful people. Challenge accepted. Having spent much of my surgery rotation in an OR, I had become quite adept at not bumping into anyone in crowded spaces. I grabbed an N95 mask and placed it on my face. Great, I thought. I feel even more claustrophobic.

A whole team had assembled around the patient, and I, along with others, witnessed the resuscitation efforts on a screen from the adjacent room. Fortunately, having studied the ABCs of trauma for multiple-choice exams, the logic of what was transpiring was not entirely lost on me.  It was organized chaos, quite impressive to behold. I was told to be ready to take over chest compressions at any moment, which I had never done on an actual human. What was that feeling? My abdomen tightened … A theoretical bowel movement maybe? I tried desperately to comfort myself. It’s OK; I’m great with mannequins.  In an attempt to distract myself from the distressing thought of performing CPR for the first time as highly-trained personnel watched over like hawks, I tried to piece together the story of the case that had come in. What did I find out? Well, a teenager had jumped off a bridge, presumably a suicide attempt. Multiple soft tissue and bony injuries head to toe, blown pupils, pulseless on arrival… Shit. Not quite what I expected from my first code.

“You can go in and take over compressions … now is your time to shine,” a stranger said to me. I half smiled, trying to conceal my existential dread. How does it go again? Y-M-C-A or something like that … but how much pressure do I apply? I took a deep breath and navigated through the crowd towards the patient. Don’t be that violinist that slips out of tune. As I awaited my turn, I couldn’t help but glimpse the face on the table in front of me. Shit. Innocent-looking kid. A knot formed in my throat. There was no escaping the magnitude of what had transpired. What a second ago was just another case now had a face—a young, innocent, blood-stained face, surrounded by curly hair. The unfairness of it all. I felt a sharp pain in my chest that intensified the more I imagined the horror of the kid’s parents arriving to their worst nightmare. At this point, I was tempted to retreat into the comfort of my mind’s abstractions. Instead, I allowed myself to honor the pain and discomfort I felt in my body.

Before I had the chance to take over, the trauma team leader appropriately decided that any further effort was futile and declared the time of death. I felt an exhale, lightheaded. How long had I been holding in my breath? Someone check my O2 sats. The room remained noisy for a few seconds as if nothing had changed before a nurse asked everyone to quiet down for a moment of silence. Heavy stillness permeated the room; no eye contact was made. Made sense to me; eyes convey the depth of the tragedy.

The moment of silence expanded into eternity as I contemplated the tragedy of a child that had already suffered to the point of taking his own life. There was something else, however, I couldn’t place my finger on it.  What was it? A nagging familiarity I felt deep inside. Have I been in this situation before? A vague image started to emerge from the subconscious depths of my mind, gradually coalescing into higher and higher resolution. Ah, it’s you. It was the face of one of my childhood best friends. It suddenly made sense, you see. I lost him to a fatal car accident several years ago. Just like this kid, he was taken from the world far too young. My friend, my past, experienced in the present, the only “place” the past can ever really be experienced. This moment of silence was for him too.

We eventually left the room and returned to the ward. The list of patients to be seen had accumulated. I felt emotionally drained, not even midway through my shift. I wanted to get some fresh air and process everything, but the all-familiar insecurity of not being perceived as hard-working or productive crept in. The plight of the med student, trying to impress, needing to repress. Being evaluated by a different person every emergency shift didn’t help.

Guilty for being a spectator for the past few hours and not having seen any patients, I clicked on the next electronic chart. I had felt enough for one morning. I need a distraction, I rationalized to myself. Hopefully, this one will have a happier ending.

Siraj Zahr is a medical student. 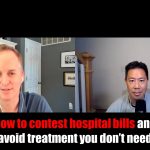 The medical team is at a breaking point