I remember Grandpa Larry’s visits remarkably vividly. He would lumber into the house hunched over, grunting loudly and reeking of cigarettes. He was unshaven and haggard, with wild grey-black hair streaking out horizontally from the sides of his head. He would rock and turn uncomfortably until he could find a chair, then once seated would begin rhythmically swaying back and forth. He spoke in a flat, rough voice. He had considerable difficulty getting words out.

Grandpa Larry rarely made eye contact, which was a good thing. If he did, you would want to look away. His expression verged between hollow detachment and frenzied searching, as if he was trying to escape from something he couldn’t see.

Once the spectacle of his arrival had passed, it was time for his injection. My parents would drag him into the bathroom and give him a depot injection of thiothixine, a powerful antipsychotic.

The strangest thing of all? Underneath the madness, he was incredibly sweet.

He would drawl out my name and the names of my siblings as we’d bashfully enter the room. He didn’t quite look at us, but he’d raise his head and look to the side. We would tell him about how school was going, our favorite movies, favorite colors. He would grunt and nod and shake around, utterly respectful of my little fourth-grade self. I usually couldn’t quite make out exactly what he was saying, but it didn’t matter. I knew what he was trying to say.

Over the years, I had a lot of questions about Grandpa Larry. Who was this wild creature, my mom’s dad, the man in whose body resided roughly 25 percent of my DNA? I knew that he had something called schizophrenia, something that no one else I knew had. I knew we didn’t see him very often. And I heard a lot of stories about him.

Stories about the old Grandpa Larry, before his “break,” abounded. They told of a handsome, brilliant athlete who graduated Columbia University in three years and Columbia Law School in two. A man with an eidetic memory who would play bridge with his law professors because he didn’t need to study. Legend had it that people had wanted to run him for mayor of New York.

Then there were other stories, the ones describing his swan dive off the cliff of sanity. How he was abused by my great-grandfather. How he was forced to marry my grandmother after it was discovered that they had been sleeping together out of wedlock. How the birth of my mother led to him losing control of his thoughts, his mind, his life. He started to suspect aloud, to his colleagues at the posh law firm that he had just been hired at, that the FBI was tracking him and trying to poison him. He was fired.

My grandmother, with a new baby and a delusional and psychiatrically unstable husband, was forced to institutionalize him to protect my mother. My mom met her dad when she was twenty-five.

I thought about him a lot as a kid. Sometimes I would talk to myself – did I have schizophrenia? Could I ever turn into him? If I did, would I even be able to recognize it? Was schizophrenia hereditary? Were there triggers that could be avoided? Was there some age at which I was safe? Or would the specter of mental disease always be there for me, lurking, waiting for me.

I never got to know my grandpa that well. As I grew up, his body began to deteriorate. He died when I was in high school.

It was a sparsely attended funeral, mostly just family. But a few friends came, including a man named Sidney Zimmer. He was the owner of the Hotel Belleclaire, on the upper west side of Manhattan, where my grandpa had been allowed to live (at a reduced rent) for many years.

My parents thanked him profusely for his kindness over the years, for allowing a tenant like him to stay. He smiled and nodded. That he had driven out to Long Island for the funeral of his longstanding psychiatric tenant was fairly astounding to me.

Before he left, he reached into his pocket, pulled out a pen, and handed it to me. It was from Hotel Belleclaire, with a richly stylized “HB” in red and black on the outside of the pen. “Think of your grandpa when you use this pen,” he said.

His funeral was thirteen years ago. I never took the pen out of my jacket pocket. It’s still there, zipped safely away, always within reach.

The pen is a sort of totem for me. It’s comforting to hold it, out of everyone’s view, and be reminded of my grandpa. I think about his legacy of struggle and hardship and foiled aspirations. About how kind he was to me. And about how lucky I am to be sane.

But it also reminds me of Sidney Zimmer, a man with a remarkable capacity for good. It reminds me that people with compassion are out there, trying to help people like my grandpa. Holding that pen, I like to think that I could be one of those people too.

Ben Gold is a cardiology fellow who blogs at his self-titled site, Ben Gold, M.D. 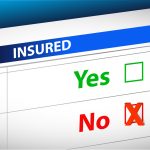 How the influence of a grandfather affects this physician
1 comments