A lone figure stood at the entrance to bed 14, intensive care unit 2, floor 15-North. Though it was 2:30 a.m., he stood with rapt attention. He looked out over the hallway, eyes scanning. He looked like a gargoyle brooding over his castle, protecting it.

He looked unlike anyone I’d ever seen in an ICU. He was a slightly pudgy yet wholly muscular 5′ 10” or so, with a few days worth of stubble, a handlebar mustache and a tight buzzcut. He looked to be in his early forties. He wore a thick black leather jacket emblazoned with a large “ORIENT: HIGH PERFORMANCE” patch on the back in bright yellow. From his jacket elbows dangled two large elbow guards. In one arm, he held a large white motorcycle helmet with a black visor. Around him, various family members streamed in and out of the room.

The man lying in bed 14 had arrived to the unit several hours earlier in respiratory distress. We started him on BiPAP, an oxygen mask that pushes air into your lungs during inspiration and keeps them open during expiration. It’s uncomfortable, but it’s effective. After only a few minutes he was breathing more easily. He couldn’t talk that well after we started BiPAP, so I had to ask his sister for the story. The man with the motorcycle helmet stood outside of the room listening.

The story was devastating. I knew before I asked. Families that have battled it out with chronic diseases over long periods of time have a hardened, steely look to them. Not this family. Their eyes were too wide, too disbelieving. Not good.

His sister told me that he had noticed a worsening cough over the past three months. Some fatigue, some shortness of breath. Most damningly, he’d lost 30 pounds since he noticed the cough. Then he started coughing up blood and came to the ER. That was five days ago. The CT scan of his chest and abdomen was almost a formality. He had widespread, incurable cancer. It had exploded across his lungs, liver, spleen, bones, and brain in a few short months. The only treatment options available started with the word “palliative.”

The patient and his family knew this already. But now they were in the ICU where sick patients die. I explained that intubation was the next step after BiPAP if he failed to improve. I explained that multiple organ systems were failing simultaneously due to the high tumor burden: his kidneys were turning off, his blood was clotting, his heart and liver were showing signs of injury. After talking with the family some more, I left the room.

An hour or so had passed before I made my way back to bed 14. But before I could enter the room, the man with the motorcycle helmet stopped me in the hallway. He looked into my eyes with an intensity best measured in horsepower.

“Do you have a brother?” he asked.

He nodded, then turned to look at his brother, weakened and dying. He seemed to be saying: so you know what I’m going through. A lump started forming in my throat. I wasn’t ready for how direct he was being with me. I have a brother. What if something happened to him?

“The fucker in that room saved my life.”

“We were never that close. He was always “go, go, go,” I was the opposite. He got good grades, pushed himself, started his own real estate business. I was a fuckup. Eventually, I got my EMT-B, joined the army as a medic. I was deployed for nine months in Afghanistan. Fucked me up. Thought about suicide a bunch of times. I don’t know why, but I called him. He talked me out of it. Told me to get help. I’m on meds now, see a shrink.”

He paused and started inspecting his helmet. I could see our distorted faces in the reflective curvature of the visor. He turned to look at his brother, then looked at me again. “It’s hard for me to see him like this,” he said. I nodded in agreement.

I continued into the room. The man with the motorcycle helmet kept watch from the hallway.

My shift ended at 7 a.m., and I went home. But the interaction stayed with me. I kept thinking I have a brother, I have a brother. I wondered what had happened between these two brothers to cause such distance. What was that phone call like? I have a brother. How would I react to a family member’s imminent death?

We ask a lot of questions as physicians, and we answer a lot of questions. But not usually about ourselves and our feelings. The man with the motorcycle helmet exposed something in me: I don’t know what watching a loved one die is like. He asked me to try to imagine his scenario, and I did, however briefly and incompletely. I felt fear, helplessness, despair.

But I also felt something else. I’d gained an understanding of the man in bed 14. He was the hero of a story I’d never read. In the end, he had accomplished something no doctor was able to do for him. He’d saved a life. 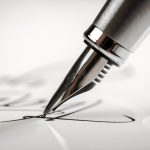 Senator McCain has brain cancer. Here's what that means. 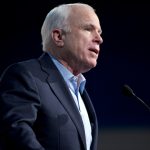