I was a resident. He was a physician in a position of power. He took things too far, and I spoke up. Here are some of the actual comments I received.

“You must have misunderstood him.”

“What were you wearing?”

“Somebody must have hated him, to do that to him.”

“Maybe you had a crush on him too and encouraged him.”

I had started a new rotation. I worked hard. He acted as a mentor. Our chats became more frequent, and his comments became more pointed and salacious in nature. I became uncomfortable and asked him to stop. He continued making verbal and physical advances on me. I thought the whole experience had been rather surreal. It was over, I told myself. It will stop. But it continued to escalate.

I was confused, terrified and felt utterly out of control. So I asked my department head for advice. I haltingly explained what I had experienced. When I looked up, I saw somebody who looked just as blindsided as I did. My boss was indignant. He apologized and assured me that he had zero tolerance for the predatory behavior and harassment I had experienced. He was patient as he walked me through my options. And he told me something others would tell me in the upcoming days. It wasn’t my fault. That level of advocacy made me cry. I hadn’t thought anybody would even believe me.

Speaking up against an older, well-established physician, from the position of a junior resident is … unpleasant. I was worried about retribution. That physician could spread untruths and hurt my chances for a future job. Some would think I was lying to garner attention, while others would assume I meant to hurt somebody for personal gain. I didn’t want a reputation for being a troublemaker. My medical specialty is small. People know each other.

I gave my statement and buried myself in my work, feeling like a shell of my former self. My job no longer brought me joy. Being at home gave me no rest. Each morning began with meetings and phone calls that gave me further opportunities to doubt my decisions. There was tremendous loneliness in feeling adrift. I leaned heavily on my mentors and friends. They never wavered.

I learned I wasn’t alone. Similar stories had been brewing for years, while that individual had kept advancing in his career, untarnished by his actions. His behavior had been a pattern, and that institution had done nothing to address it. Other women also stepped forward. It gave me solace that I was not the only one; it caused me grief to know that others had been affected. By fighting as their advocate, I gave myself the ability to consider that perhaps, I was worth fighting for.

The report went to another external committee, and I was interviewed again, though this felt more akin to an interrogation. They asked questions that made me feel the need to defend my personality. Why had I been so friendly? The text messages between us had seemed benign. What did I think his “type” was? Was it just a coincidence we had kept meeting each other, or had he specifically sought me out?

Discussions ensued. I spent as much time away from work as I could. Several days later, the committee director bluntly told me that the individual had been fired. I felt hollow. It took quite some time for the shock to wear off before I could understand that they had listened, believed me, and had taken decisive action. People kept asking me if I was OK. I felt overwhelmed and guilty. I hadn’t been looking for revenge or justice. I only wanted to ensure nobody else would experience what I had.

Word travels fast within the hospital, and I listened as the rumors grew. While some were blindsided, others were not at all surprised. (Isn’t that telling?) People asked who had spoken up and speculated widely, sometimes accidentally hitting the mark. Each time I overheard their discussions, that lump in my throat grew. I had zero interest in being the center of attention. Eventually, the rumor mill moved on.

I am told I was brave. People say I did the right thing. The truth is, it’s not easier to be brave when you’re right. It’s only scarier because a bit of you still believes you could be wrong. I vacillated and doubted the decisions I made. (I still do.) I had naively believed that the hospital could be a place where my worth was determined by my energy, intelligence and work ethic. I thought I was smart enough to stay away from trouble and that it wouldn’t happen to somebody like me. I have been told innumerable times, “I am so sorry that this happened to you.” None of it is quite right. All I really needed was to hear somebody say, “I hear and support you.”

The experience was unsettling and is still scary. There are nights where I lie awake paralyzed by fear. Innocuous triggers send me down thought spirals. I will always wonder about people’s intentions before I get to know them. My counselor calls it trauma. I find it bizarre. Trauma? Me? Am I a victim, or is this just something that is part of the job description?

I am grateful because I know I was lucky. I walked away from this. I had the backing of my boss and a supportive workplace. When it counted the most, the people I needed to hear me did. The more I hear, the more I realize how rare that is, and how incredibly fortunate I was. I stand a little straighter, but with a heavy heart, knowing that this is not the last time I will experience this type of behavior in medicine. But now I know who I am. I see who has my back. I know what I stand for. And I will not stop moving forward.

Heart health begins in childhood: 5 tips from a pediatrician 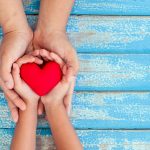 She was dead: How shame almost ruined a physician's life 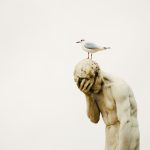