Recently someone asked me how I started my blog, Brave Enough. The person, a physician, wondered how I made the jump from safe, traditional academia into the world of social media and blogging about women empowerment.

“Did you have one moment? Did something happen? What was it?”

The conversation made me reflect, as I have been, for several weeks. Like most things, my introspection ended up as words in my journal. Then, words in a blog.

The answer is this:

No, nothing major happened.

No, I didn’t have a tragedy or major awakening, and I was not visited by a fairy godmother.

I just had … enough.

If you are a woman who has lived through her thirties, you may connect with what I am about to say. If you are a man, you may as well, but many women I spoke to have shared in my experiences. I think many women get to a point in life where you just say … enough.

So, when I had enough, I started sharing my authentic, real, thoughts and struggles about everything from work-life balance (or lack there of) to leading as a woman, to what it meant to live authentically, with ten women in a text group.

That led to a “secret” Facebook group with 30 women physicians.

That led to the group growing to 7200+ women physicians.

That led to me starting a blog to encourage other women, not in the group.

That led to Brave Enough.

I had my blog built for eight months before I was #braveenough to hit “publish.”

It wasn’t one moment.

It was a bunch of tiny ones that culminated into a thought, that started an action:

I have had enough.

I decided it was time I was #braveenough: brave enough to be Sasha.

Something I made so difficult for so long was suddenly quite simple.

God created me. (You may not believe in God, that’s ok. He already knows haha.)

I am just the way He wants me to be, a wonderful work in progress. Striving, learning, failing, and growing. I reached a breaking point. I threw off all the internal and external constraints placed on me by both myself and others to be so much more than I am.

In trying to be more, I was being so much less. I said to heck with it.  For the love of God, did it feel good. I decided that take or leave it; I had things to say. I have opinions. I have likes and dislikes. I have strengths and weaknesses. I have goals and passions that may not be what everyone else thinks they should be. I have lumps and bumps and scars and beauty all tied one soul.

If I wanted to wear pajamas all day, I was enough.

If I wanted to wear lipstick, I was enough.

If I wanted to speak up and share my idea, I was enough.

If I wanted to say hey, that’s not right, let’s try this instead, I was enough.

If I wanted to watch my boys play soccer, I was enough.

If I wanted to put my hat in for the promotion, I was enough.

I believe if we want peace — with ourselves, with others, we should be as we were created to be.

If we want to chase the unicorn of work-life balance, it starts with authenticity. It starts with having enough.

And I believe in women. I believe in the sisterhood of women. I believe I was put on this earth to encourage women — all kinds and sizes and styles.  The fact that I am a doctor doesn’t really change that passion. It’s my platform to reach people. I believe women have something to say. We have something to give. We have people to teach and mouths to feed and brains to shape. We have hearts to heal and things to create. And just like our male colleagues, we are each unique and valued and special.

When you reach that point where you have had enough – It is a beautiful place to be. It is in that moment when you realize the truth that was beside you all along.

The lows don’t mean you are loser 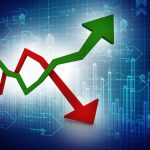 When it comes to well-being, one size doesn't fit all 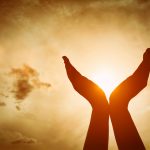 The story of how this physician started her blog
1 comments